Jim and Melanie Richardson say they are both still dealing with the physical and mental trauma. 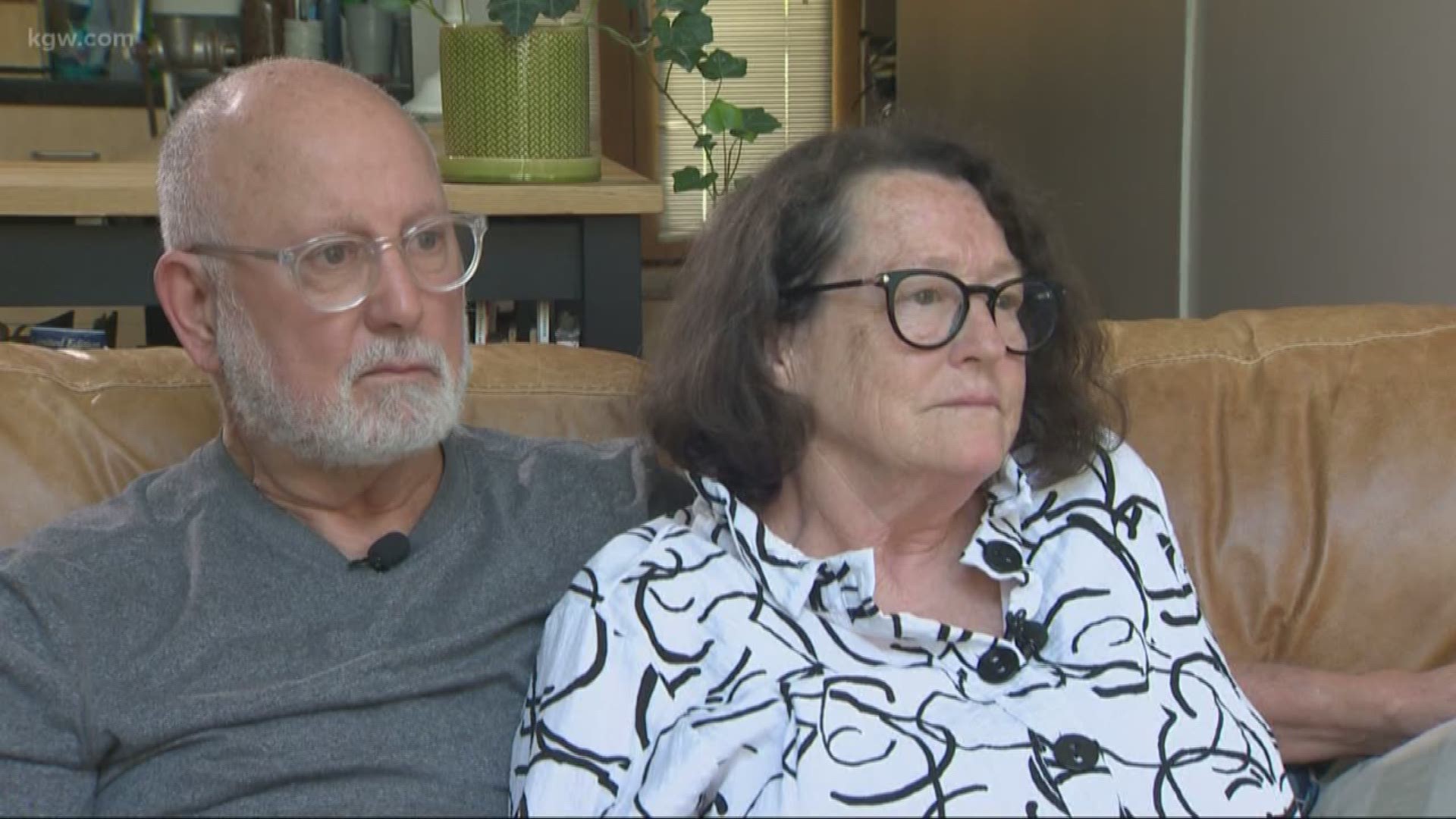 PORTLAND, Ore. — A Portland couple is suing the City of Seattle and King County over an attack that happened there in 2016. A man attacked them with a baseball bat, sending them both to the emergency room at Harbor View Medical Center.

Jim and Melanie Richardson said the violent attack changed their lives. They are both still dealing with the physical and mental trauma.

“I should feel safe and secure on a public street shopping on my way to a baseball game, you know, everybody should,” Melanie said.

In August of 2016, the Richardsons were shopping downtown Seattle, killing time before the Mariners game, when they noticed Nail Muied walking down the street, swinging a baseball bat. Melanie said she grabbed Jim's hand and they walked around the corner to avoid him.

“He followed us and he said something weird, and then round housed the ball bat into Jim's jaw,” Melanie said. “It was fractured in four places, he now has a metal plate, and uses a straw, and then he hit me on my left side and I suffered a traumatic brain injury.”

The couple said they had no interaction with him before he violently attacked them. Jim now has no feeling on the left side of his jaw. Melanie had bleeding on the brain, had to re-learn to walk, and is still undergoing neurological therapy.

Muied was later convicted in their case and is still in jail.

Their lawsuit against Seattle and King County argues law enforcement knew Muied was mentally ill, dangerous, and has a habit of carrying a baseball bat.

Just a month before he attacked the Richardsons, police arrested Muied on an outstanding warrant. The lawsuit said Muied had a bat at the time and threatened to kill police then, but was released the next day.

When the Richardsons' case went to court, Jim said the judge was already familiar with Muied.

“The judge said, we know you, we've seen you here so many times, we've put you through all these rehab deals and you don't go,” Jim explained. “We've tried to work with you and it isn't working,” Melanie continued. “But, they should have had him on some kind of watch list or something, and they should not have let him out early.”

Muied has been arrested dozens of times and has several booking photos.

“He, in the last four years, had something like 72 offenses,” Jim said.

The couple is suing for an unspecified dollar amount because they believe more action should have been taken to protect the public and Muied should not have been released from jail previously without a mental health evaluation.

“I think our biggest concern is, we don’t want this to happen to anybody else,” Jim said. “We want people to be able to go to games and enjoy things and go downtown and the problem we have, and the reason I guess we're pursuing this, is we're hoping there’s going to be some change made, you know, with the system.”

Dan Nolte, a spokesperson for the Seattle City Attorney's Office, released a statement saying, “It is very unfortunate the plaintiffs suffered the very traumatic experience described in the complaint. Our office intends to defend the City in this lawsuit.”

King County said it could not comment on pending litigation.