Portland composer using his craft to spread love to the world

Michael Allen Harrison's work has been enjoyed by thousands over three decades. Now he is helping calm nerves in a much more intimate setting. 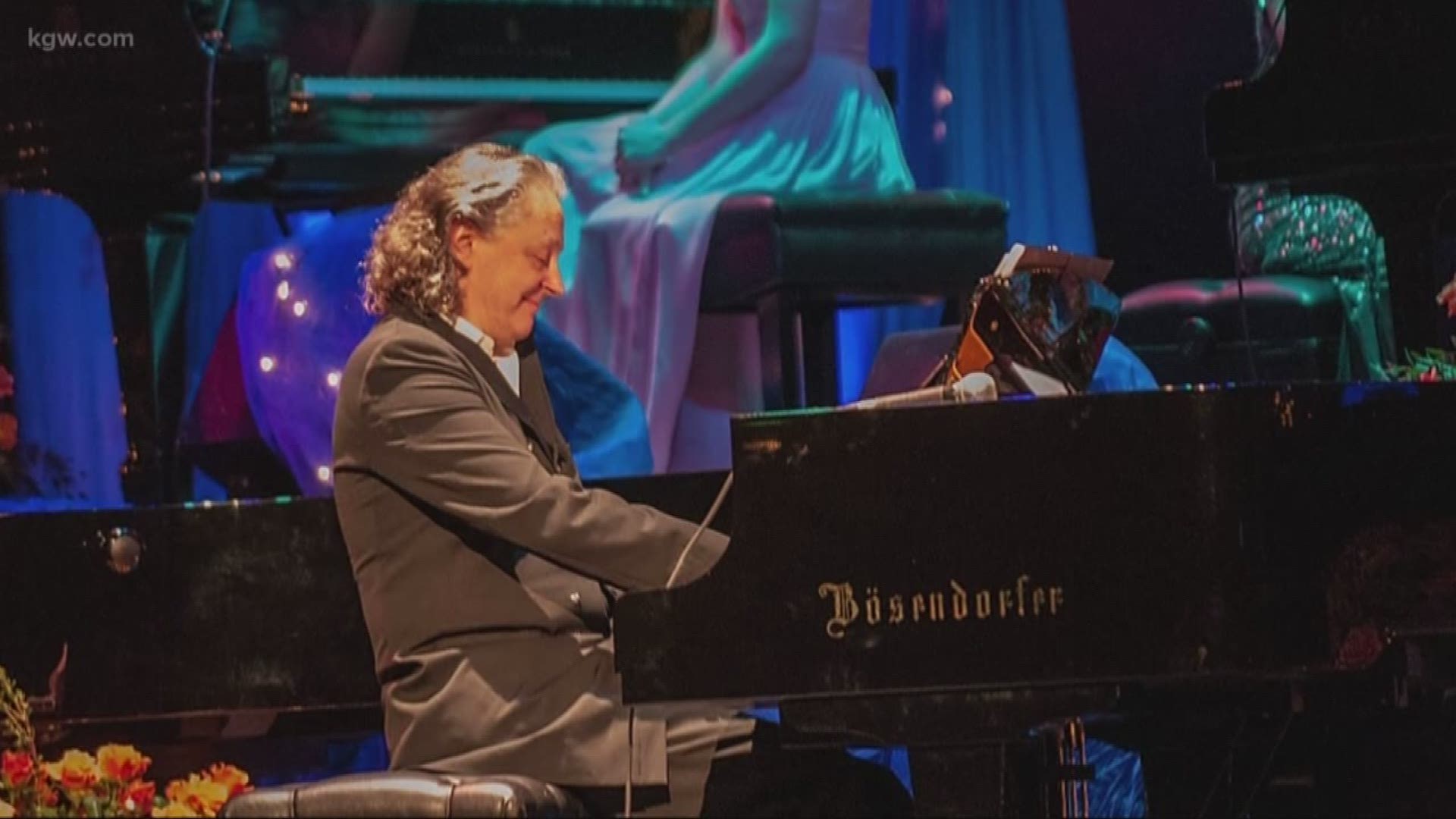 PORTLAND, Ore. — If you visit the website of Michael Allen Harrison, you'll quickly see that his heartfelt music has been shared with thousands of people over three decades.

"Being human, it's one of our needs to connect with each other. It's filling a need for me, and I hope that it's filling a really great need for everybody," said Harrison from his modest home studio.

Like the rest of us, the Portland pianist has been wrestling with what's next over the coming weeks and months. These days his venue is a little smaller, but his audience is a lot closer.

"I'm getting this feedback that is the kind of feedback that wouldn't happen at my concerts -- but on this platform, we can talk back to each other, so I'm feeling all this love and it's helping me get through my day that's for sure."

On his YouTube channel, he's created several playlists to people key in on their stress, helping those that are struggling to make sense of a worldwide pandemic, by spreading the international language -- music.

"I call it anti-anxiety COVID-19 music. It's my new kind of channel," he said. "It's just beautiful calming music that you can study to or work to." And he's right, many people have already reached out to thank him. Michael mentioned some of the messages he received. "I needed this this morning. Oh, what a nice surprise! I forwarded this to a hundred people. I work to this all day long. Thank you for playing this song, it's so healing to me."

Harrison notes that all the feedback makes him want to create even more, and he hopes to have other artists come to his home studio to live stream duets on his Facebook page.

"We'll have to be six feet apart, I'll be here, I'll put them way back in the corner," he chuckled, pointing to the back of the room.

Michael acknowledged his own anxiety recently bubbling up, he's had to postpone his 20th-anniversary show of Ten Grands, and he's worried about the loss of income from canceled shows. He encouraged as many people as possible to try and support other musicians that are forced to go virtual for now.

"If they're doing some live streaming, be sure to put something in their 'tip jar.' I know we're all worried about the finances, but if you could afford one, five, ten dollars -- would be awesome," said Michael.

Harrison hopes that the comfort his music has already brought to so many, will make optimism the most contagious thing around.

"I'm you friend. I love you all. I love this community and I'm trying to do the best I can with what I've got and music is what I've got. So that's what I'm going to do."