Planning to visit Multnomah Falls? Be prepared for a parking mess

The parking lot at Multnomah Falls holds 186 cars, but up to 2,500 try to use it each day, according to Oregon's Department of Transportation. 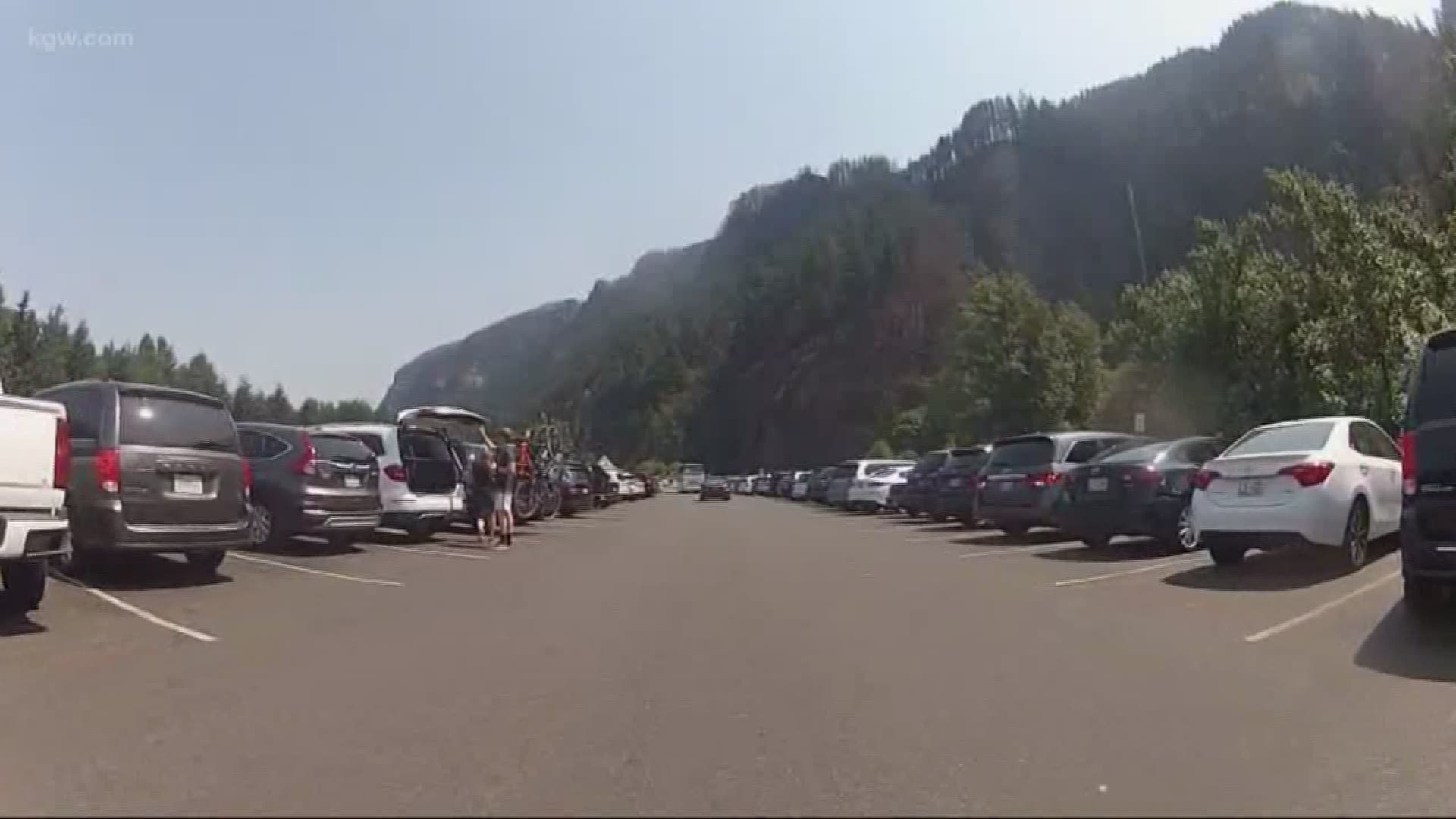 Planning to visit Multnomah Falls? Bring your patience. The Falls has a parking mess this summer.

The parking lot at Multnomah Falls holds 186 cars, but up to 2,500 try to use it each day, according to Oregon’s Department of Transportation.

Sensors at the entrance and exit keep track of how many open spaces exist at any given time and when the place is full, the gates at the entrance swing closed until 10 percent of the spaces open again.

“We didn’t really think it would be that crowded. It’s a Tuesday,” said one visitor from New York.

The gates close now up to 20 times a day, according to ODOT.

But not everyone honors that. I saw two cars in front of me ignore a reader board announcing the lot was full and closed, and barely avoided the gate arms as they swung out to block the entrance

A few hours later, the gate arms were stuck closed after a van tried to slip past and broke one of them.

ODOT knows it has a problem.

“We’re very worried about cars that are backing up into the fast lane of the highway…that’s inherently a very, very dangerous circumstance to be in there,” said spokesman Don Hamilton.“We don’t want people stopping in the left lane of an interstate highway."

That sometimes happens because the entrance to the Falls parking lot is fed by the left, fast lane. Drivers trying to figure a way around the barriers can stop in a lane in which other drivers are moving 70 miles per hour.

Another part of the problem is found near the lodge, where a cyclone fence cut off parking for at least 100 vehicles. It’s part of the damage left over from last summer’s Eagle Creek Fire that closed part of the Historic Columbia River Highway.

Part of the short-term solution is a shuttle bus at Rooster Rock State Park. But it is far from perfect. Sometimes the wait stretches longer than an hour in the hot sun.

Its where I met Vitaly Star, who drove down from Vancouver B.C. to see the Falls and spotted the lot closed signs instead.

“We just saw the sign. We went up to the parking lot, it looked pretty full,” he said as he waited for the shuttle.

Casey Gorski was here from Wisconsin.

“As we were approaching we started seeing the highway signs that the parking lot was closed to Multnomah Falls so right away your heart sinks,” she said.

Nancy Curtis from Tigard also waited for the bus with her parents.

They were all waiting along with a growing crowd for the shuttle bus.

But the first bus to arrive only let passengers off, it was going to Portland.

The second bus parked at the back of the line and quickly filled up, leaving some who were waiting the longest, including Nancy and her parents, on the sidewalk.

They decided to drive past the Falls and see what else they could find in the Columbia River Gorge.