While at least 200 PPS students have been asked to quarantine, parents say they've done so without distance learning alternatives in place. 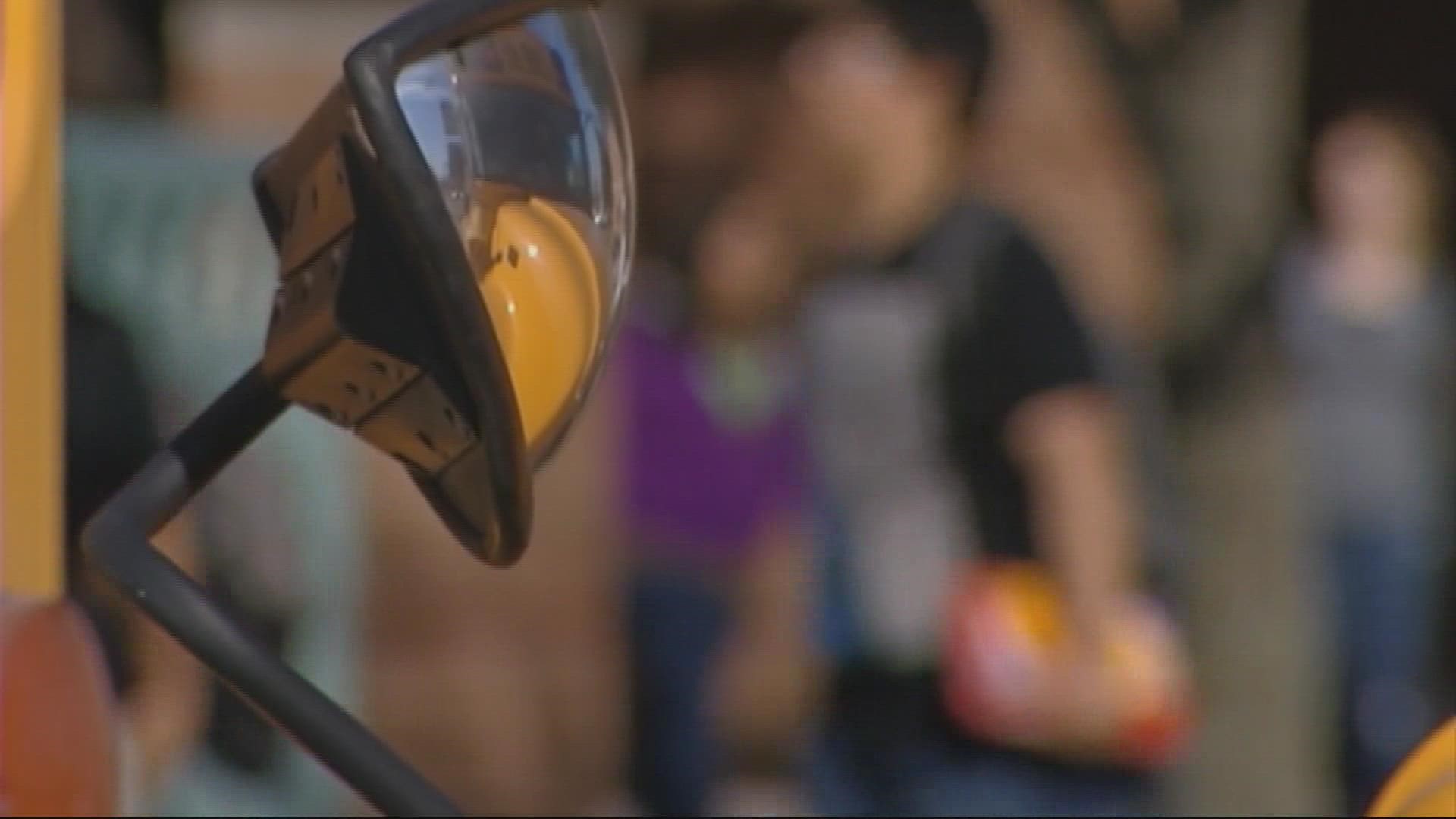 PORTLAND, Oregon — Throughout the Portland Public School District (PPS), a couple hundred students were quarantined as of Thursday. That has a growing number of parents worried about whether or not their schools could shut down, as others in the Portland metro area have.

“I hope that PPS will be able to be more transparent with what their plan is,” said Duniway parent, Kayla Gulbranson.

The plan Gulbranson is waiting on is how and when the district would educate kids, should they need to quarantine at home. Gulbranson is not alone. At Tuesday night's PPS Board of Education meeting, several parents sounded off.

“There's nothing in place and that's what's so frustrating to me. We've been doing this so long,” said Hayhurst parent, Jeff Oswald. Oswald said he wanted more for his fifth grade son when he had to quarantine for 10 days, after a classmate tested positive for COVID-19.

RELATED: Thousands of students at two Portland-area schools in quarantine

“I was told that he's not going to miss much, so don't worry about it,” said Oswald. “No one wants to hear that from an educator. I'll be honest, that pissed me off.”

Parent and PPS teacher Cathryn Henderson expressed similar frustration to the board.

“I managed to keep my family and I safe from COVID for a year and a half but it only took three days for my son to bring COVID home from school and into our home.”

Henderson said she was told that her third grade son followed all the rules including wearing a mask and keeping three feet of distance.

“There's so much we still don't know about this virus,” said Henderson. “The precautions in school are not enough to keep our children safe. The few days I spent in my classroom I was constantly reminding my students to put their mask over their noses and keep a three feet distance—these are children!”

So what is Portland Public Schools’ plan if they need to switch a whole school to distance learning, and what would trigger it? District spokesperson Karen Werstein told KGW the district is working with county health officials and the Multnomah Education Service District to determine that.

RELATED: Yes, there are treatments for children with COVID-19

"If guidance recommended we suspend in person learning, we are prepared to move students or classrooms into comprehensive distance learning temporarily as directed by our health partners,” said Werstein.

KGW asked Multnomah County health officials at what point would that happen.

"There is no simple metric by which we would recommend suspending in-person learning,” said Kate Yeiser, communications coordinator for Multnomah County’s Health Department divisions. “We are monitoring districts carefully, working with superintendents and the Multnomah Education Service District and will be learning as we go. We will know more about how the disease is spreading and the level of action needed to control spread so students can stay in school."

Parents including Oswald believe the potential for in-person learning is clear enough to warrant sharing a plan with parents right now.

“It's inevitable,” said Oswald. “Kids are going to miss school. There's no vaccinations for the elementary level. I'll be shocked if they're still there by Halloween.”

Many PPS parents are also frustrated with the lack of assigned seating on school busses. While the district tells KGW they're now creating seating charts, it wasn't in time to prevent a large quarantine at Duniway. Gulbranson, who is also Duniway's parent-teacher association president, said a student riding the bus recently tested positive for COVID-19. With no way to contact trace, it forced 40 students to stay home and quarantine.

“We've pulled [our kids] from the bus because we don't want to risk that possibility,” said Gulbranson. “It's not fair to those grade school kids who are stuck at home doing nothing.”