New swimming beach to open on Willamette River in July

Considering taking a dip in the Willamette River? It may be a little chilly still! 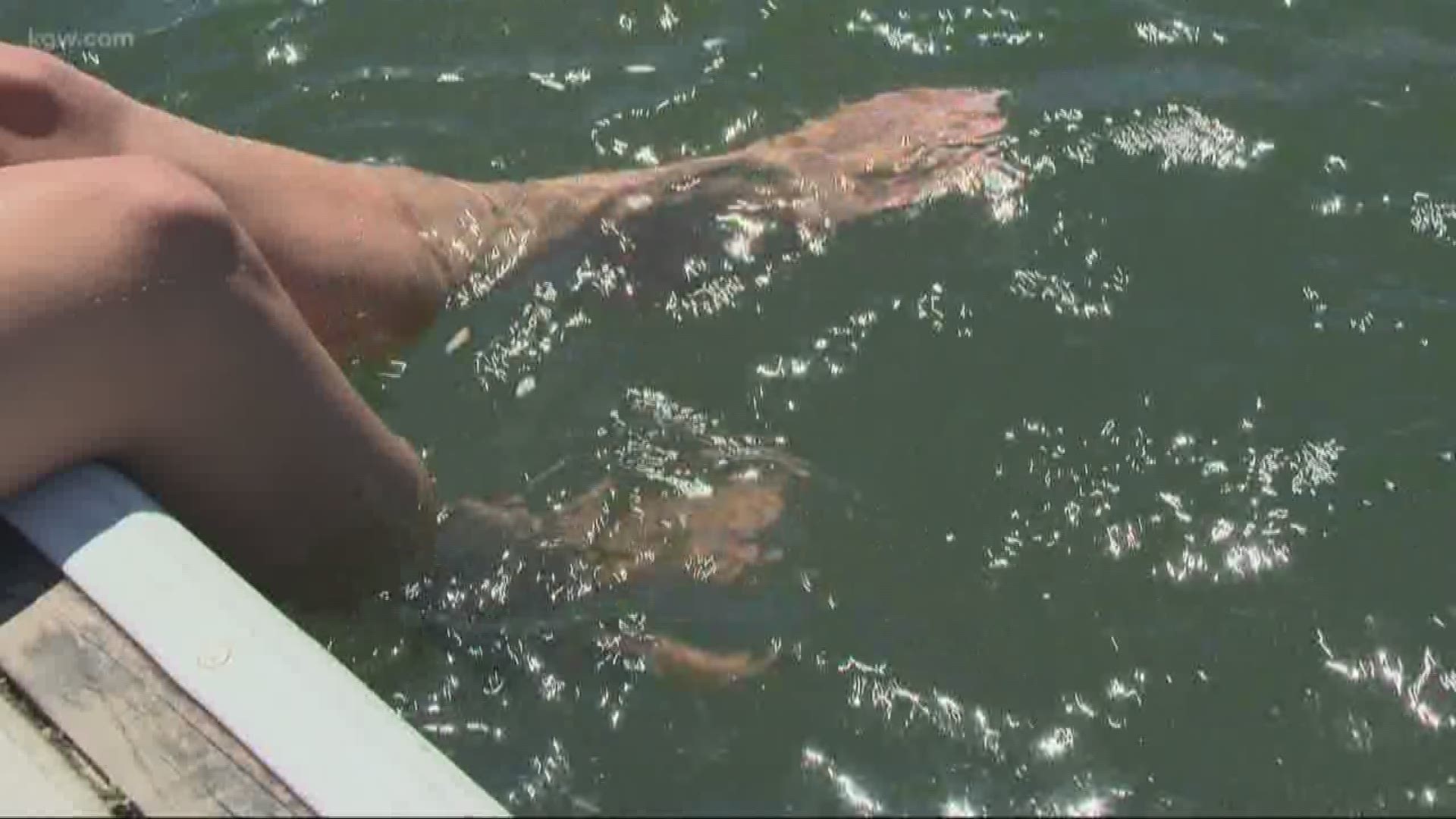 PORTLAND, Ore. — When temperatures reach the 80s and 90s, the docks of the Willamette River in downtown Portland fill up with folks looking for some relief from the heat.

But, this early in the season, they should know that the water is surprisingly chilly.

That may not sound that cold, it is cold enough to be a shock to some.

Even Willamette River swimming advocate and Ringleader of the Human Access Project Willie Levenson said this early in the season swimmers should take some precautions.

"My best recommendations would be to bring a life jacket along," he said. "Always go with a friend, never go by yourself and never get into water that is above your shoulders."

It's also important to point out the city does not start its weekly bacteria testing of the river until Memorial Day weekend. However, it does do monthly tests all year long.

And the good news? Those results have been good.

"Consistently our results show that bacteria levels are low -- lower than the state health standard," said Diane Dulken with the Bureau of Environmental Services.

But that's not the only good news for those who enjoy swimming in the Willamette River.

This July a new swimming beach will open on the river's east-side just down river from the Portland Boathouse dock.

"This season the Human Access Project in cooperation with Portland Parks and Recreation and Prosper Portland will be activating Audrey McBall Beach," said Levenson.

The Human Access Project even raised the money to staff the beach with two lifeguards on Fridays, Saturdays and Sundays from July 5 - September 1.

"There will be a life jacket station for people to borrow life jackets while the lifeguards are on duty," Levenson said.