The scam inflates the number of good reviews a product has which moves that item up on Amazon's website. 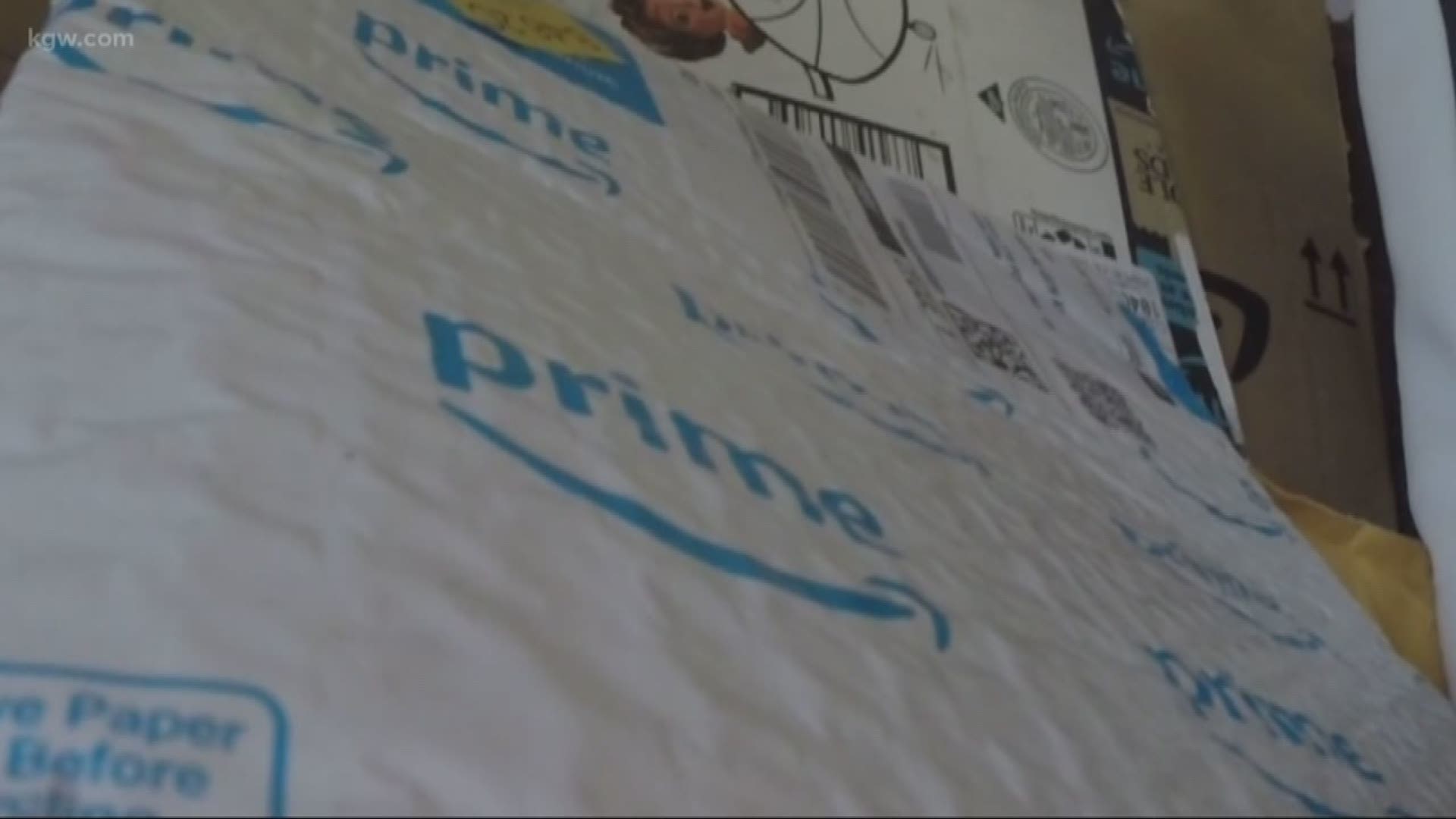 Portlanders are getting mysterious packages in the mail from Amazon that they never ordered and never paid for.

Since our story first aired Sunday, we have heard from many people who have had the same thing happen.

In some cases, consumer advocates say this is happening to generate fake online reviews for products.

The scam is called "brushing". The more reviews a product has, the more likely you are to see it on Amazon's website and buy it. Items with good reviews are moved closer to the top of the page.

Here is how it works in a nutshell. The seller will buy their own product and then either ship that product or a cheap trinket out to an unsuspecting person. Then, because it looks like someone actually bought the product, the seller can go online and write a fake positive review.

“At the end of the day, the goal is to sell whatever product it is you want and make sure you're not looking at their competitor,” says Jason Brown, a consumer advocate who works for a company called Review Fraud.

The company specializes in exposing businesses that are faking online reviews to make money. Brown said he is all too familiar with these mysterious Amazon packages.

“It happens so often and people are just completely bewildered, why did I just get all these packages from Amazon and the problem is you can't send the stuff back, you're stuck with it,” Brown said.

Amazon said it is constantly working to detect fake reviews, pull them off the website, and hold offenders accountable. Amazon also said it has safe guards in place to try to ensure only real customers are writing reviews.

However, if you are worried about fake reviews, there is another website that can help called  ReviewMeta.com.

On the website you can copy and paste the URL of the Amazon product and the site will check for suspicious or fake reviews. If any are found, the site removes those and adjusts the product rating.

If you are getting these strange packages, Amazon said to call customer service. At least two customers told KGW that they got the unwanted deliveries to stop after calling several times.