The MAX stabbing trial is set to begin Jan. 28. 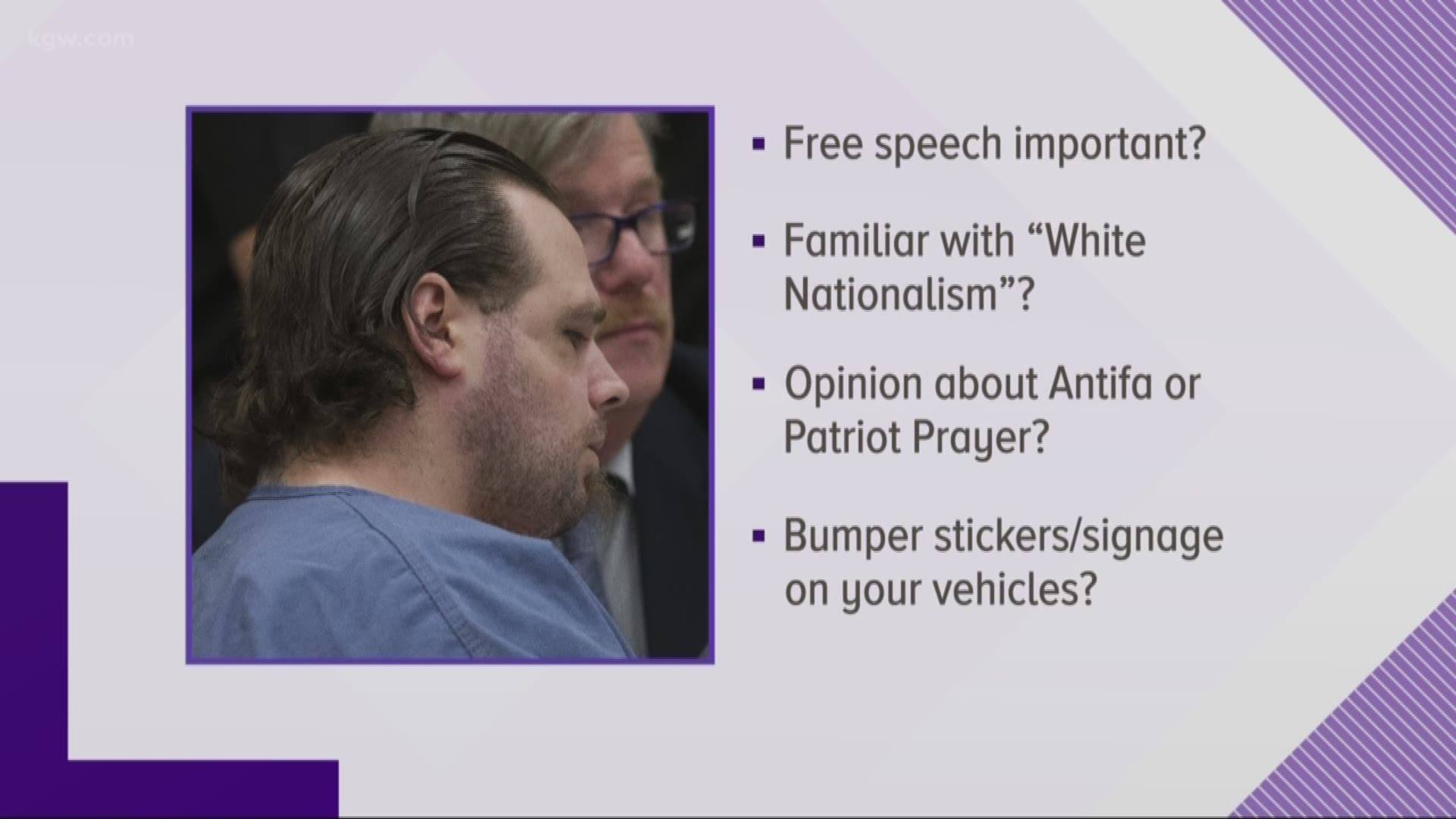 PORTLAND, Ore. — Hundreds of potential jurors in the Jeremy Christian trial set to begin next week were asked more than 100 questions about themselves, including political beliefs, whether they had opinions on Patriot Prayer or Antifa, and what - if any - bumper stickers they have on their cars.

Christian is accused of going on a hate-filled tirade directed at two black teenage girls on a TriMet MAX train in May 2017, then stabbing three men who came to the girls’ defense in a matter of just 11 seconds. Two of the men were killed that day, and another, Micah Fletcher, was hospitalized with a large slash on his throat.

The trial is set to begin next Tuesday, Jan. 28, and because of massive media coverage surrounding the tragedy, a 20-page questionnaire was sent to hundreds of potential jurors to eliminate those with conflicts of interest. The questionnaire was first reported by The Oregonian. 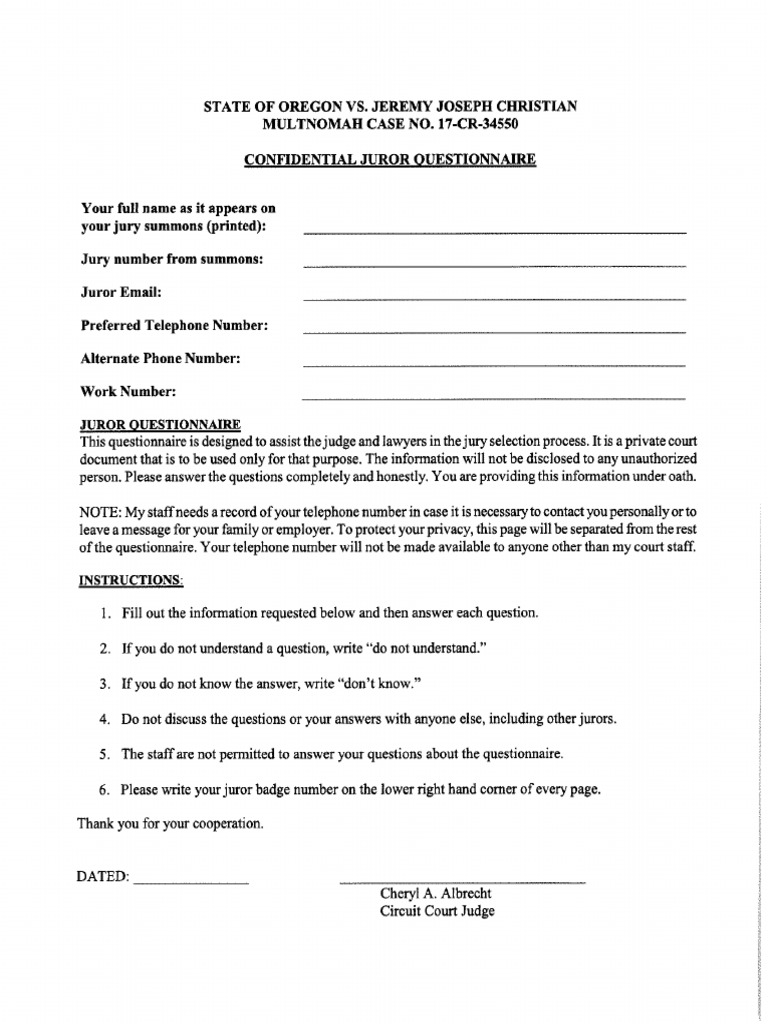 The questionnaire goes on to ask the jurors whether they are politically active, if they've ever had to defend themselves from an attack, if they use public transportation (and if they consider it safe), and if they're familiar with the term "White Nationalism."

Christian has referred to himself as a white nationalist in the past.

Jurors were also asked if they've ever participated in free speech rallies, and if they have any opinions about Antifa (anti-fascists) and Patriot Prayer (a right-wing group from Vancouver, Wash. known for hosting politically-charged, sometimes violent, protests in Portland).

This question draws a clear relation to Christian, who was spotted at a political rally in April 2017, just one month before the stabbings. He walked around wrapped in an American flag, and was escorted out by police. At the same rally, Christian crossed paths with Fletcher, who he would go on to allegedly stab in the neck.

The jurors were also asked what, if any, bumper stickers or political signage they or their family members have on their cars.

The reason for these questions is to really get at the core of who these potential jurors are.

"Someone might say they could be totally fair [in a trial], but might have very strong opinions about someone who uses racial language," trial lawyer Bob Weaver explained.

The questionnaire also included a list of potential witnesses that would testify during the trial. This includes Jeremy Christian himself, his family members, Micah Fletcher, various police officers and deputies, as well as Demetria Hester, the woman who reported being assaulted by Christian the day before the deadly stabbings, also on a MAX train.

The jurors who were asked to proceed after filling out the questionnaire are being interviewed in court this week by Christian's lawyer and the prosecuting attorney.

"What the lawyers want to do is get behind the answers the prospective jurors make to the questions, and get down to attitudes and biases ... that might prevent them from bring fair," Weaver said.

Jury selection will last through the end of the week, and the trial is set to begin next Tuesday, Jan. 28.