What's the difference between houseless and homeless? 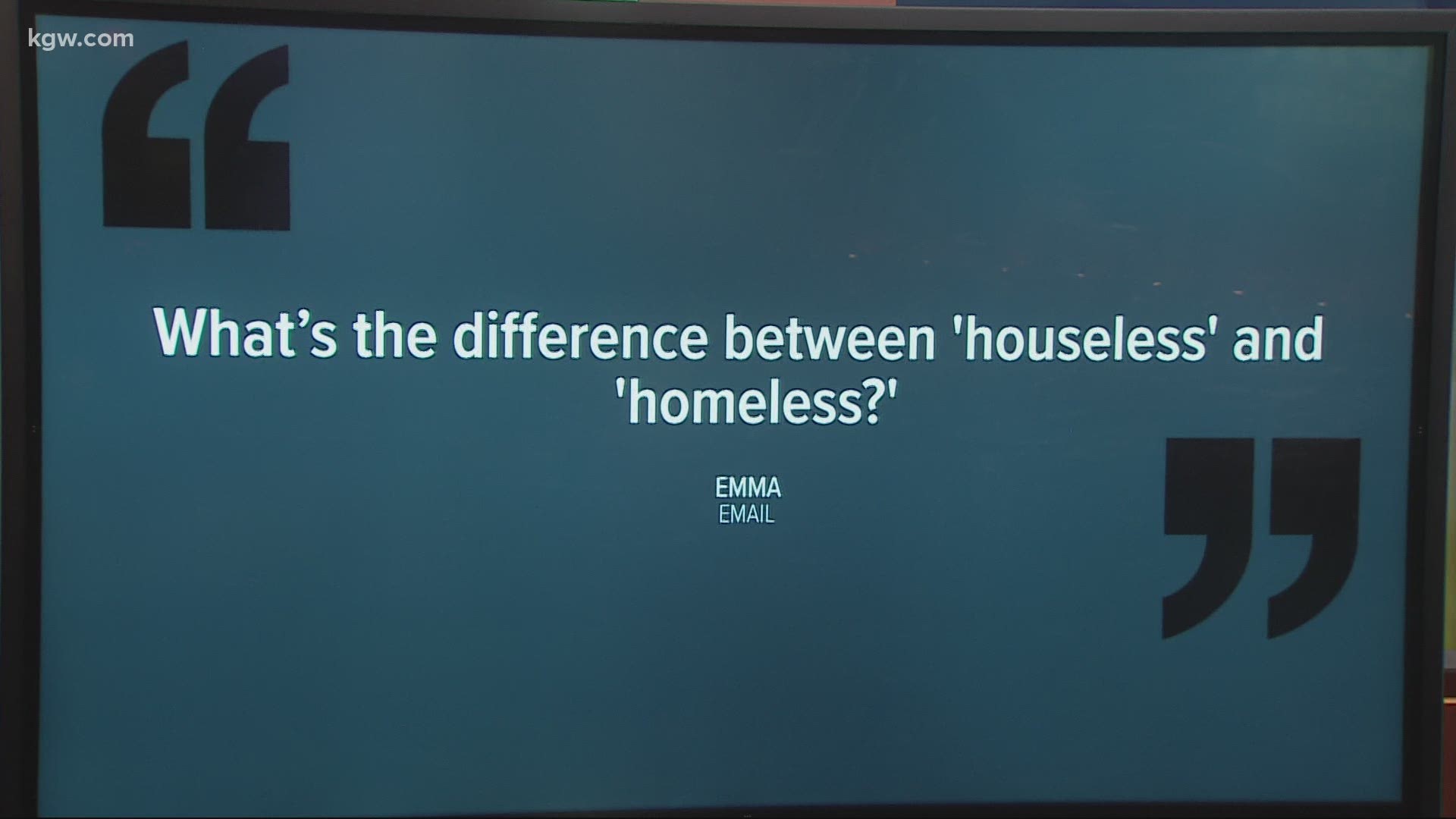 PORTLAND, Ore. — KGW viewers have noticed in recent years a change in our wording referencing the homeless community. We still use the word "homeless" in our reporting, but we have also started using "houseless."

Kaia Sand, executive director of Street Roots, said she takes the lead on what word to use based on what the people she works with want to use.

"I hear houseless more often now. The thing that people tell me, this really comes from Ibrahim Mubarak and Lisa, they run the group 'Right to Survive.' They always say, you know, home is where the heart is. I have a home even when I don't have a house. And so it's really getting across that idea that people create homes when they're in their tents, when they're in their communities," Sand explained. "That's why more and more folks who are houseless have been promoting that term. And I love that. I love how it's a way of keeping our language fresh. Like it keeps us on our toes because there's a way in which I think we can just start to flatten out what the idea is to be homeless. So, if we have to reengage in a new way, I think it's actually healthy for all of us."

Someone saw our @StreetRoots piece (above) on @TheStoryKGW & asked about the difference. It got me thinking... over the years, my writing tied to #PDX's housing crisis has changed a lot.

We've also heard a lot of people using the terminology, "experiencing homelessness" instead of saying someone is homeless.

"I think that's beautiful because you know, for all these different aspects of us, it's just showing that we're each the person that we are and that these aren't intrinsic characteristics to who we are," Sand said. "It's a condition of our lives. Sometimes it gets a little clunky with language. So, I think it's, for those of us who write, it's always a challenge to try to do these things while also figuring out how to have a little bit of rhythm with the language, but it's important too."

Sand also wanted to point out this isn't a time to shame others for not using the "right" terminology. She said she appreciates it when people try, even if they make mistakes.

RELATED: Street Roots vendors are back in business months after pandemic shut down printing