The deputy spotted a tiny baby in a shoddy car seat and requested that the chaplain go buy a new car seat and diapers. 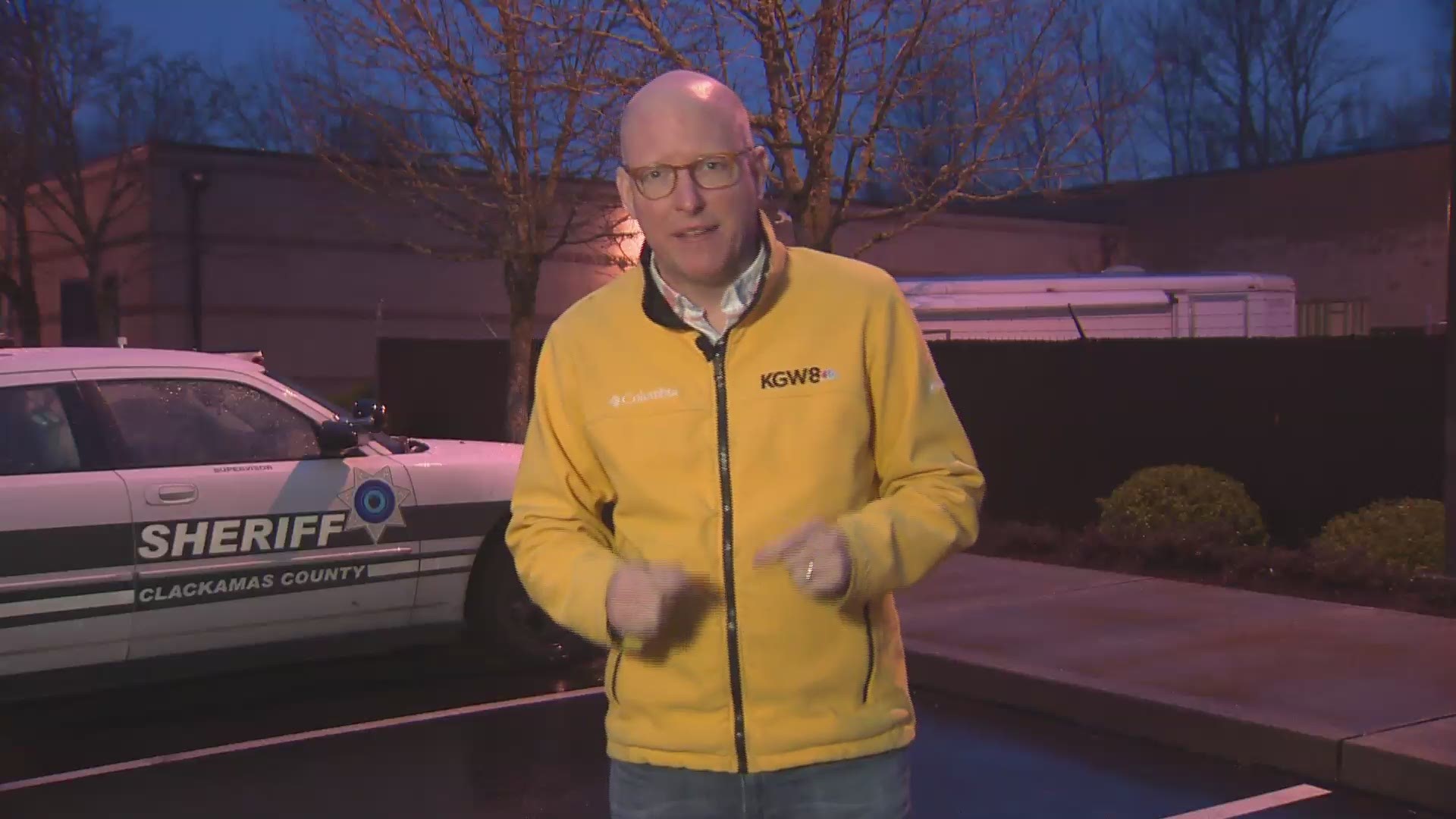 CLACKAMAS COUNTY, Ore. — A Clackamas County deputy and chaplain are credited with helping a new mom and her baby.

The deputy was on routine patrol Wednesday when he spotted something unusual.

Credit: Clackamas County Sheriff's Office
A deputy stopped a pick up truck when he noticed a wobbly car seat in the back.

"He noticed a car seat in the back of this pick up truck that was wobbling while he was following behind it," said Sergeant Marcus Mendoza.

Mendoza said the deputy stopped the truck. The driver was a new mom and she had a one-week-old baby in a shoddy car seat.

"The mom was having some problems financially and had purchased this car seat second hand and didn't realize it wasn't installed properly," said Mendoza.

Instead of issuing a citation, the deputy issued a good deed. He called up the agency's chaplain.

"I got a call. Would you be willing to go pick up a car seat," said Mike Vermace.

Vermace jumped at the opportunity. He ran to the store and bought a car seat and diapers using donations. He brought the items to the scene of the traffic stop.

"The deputy saved the day," said Vermace. "I just got to be the beneficiary of being Santa Claus."

Vermace and the deputy helped install the car seat properly before sending the mom and her baby on their way.

"Our deputies are the ones who did everything," said Vermace. "All I did is go out and help out by picking up the car seat and making sure it got to the right place at the right time for the right reason."

RELATED: Stories of Thanks: Yacolt mother of six runs furniture business to help provide for her children with special needs

RELATED: Stories of Thanks: Wash. family grateful for their healthy premature twins after 15 weeks in hospital