City of Portland promotes downtown with a reopening celebration 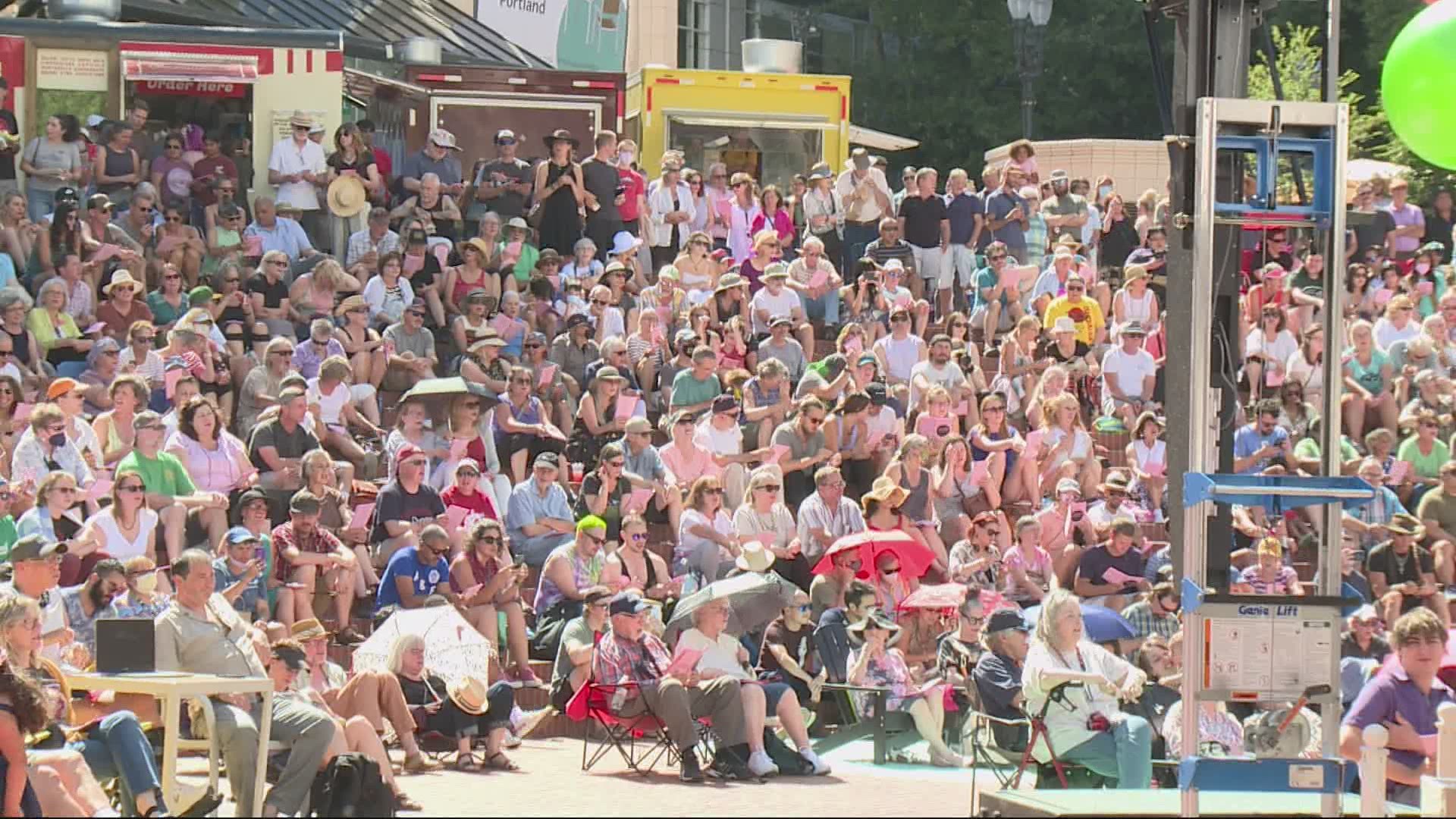 PORTLAND, Oregon — People partied like it was 2019 at Pioneer Courthouse Square this afternoon.

Concertgoers packed into the square to listen to Portland pianist Thomas Lauderdale and his band Pink Martini. People danced and sang along with the music.

“It was so exciting, it's weird how it all comes back to you at first. We feel like we're out of practice, and can we still do this? Then the smiling faces. And everyone was so enthusiastic. It was so much fun," said Pink Martini singer China Forbes.

The concert was part of the city's weekend-long "reopening celebration" weekend.

It's been a long time since there's been a gathering like this in downtown Portland. Between the pandemic that shut things down, months of civil unrest, and the recent spike in downtown violence that includes shootings last night and last weekend, downtown Portland has not seen a mass gathering for a celebration in more than a year.

People were excited but cautious.

“We're just a little worried about the variants but we're keeping our distance and we're vaccinated so we're feeling pretty good," one person in the square said. "We're just going to take it slow and socially distance. We're not going to give it up because it's too soon to get back to total normal."

The Pioneer Courthouse Square concert wasn't the only thing going on downtown this weekend. Other activities included the official opening of a food cart pod at the junction of Southwest Burnside and the Park Blocks and a "paint the town" event in Old Town.

It is all a city-led effort to convince people that downtown Portland can return to being vibrant once again.