What burglars do first when they get inside your home

This is where burglars said they search first and what they look for. 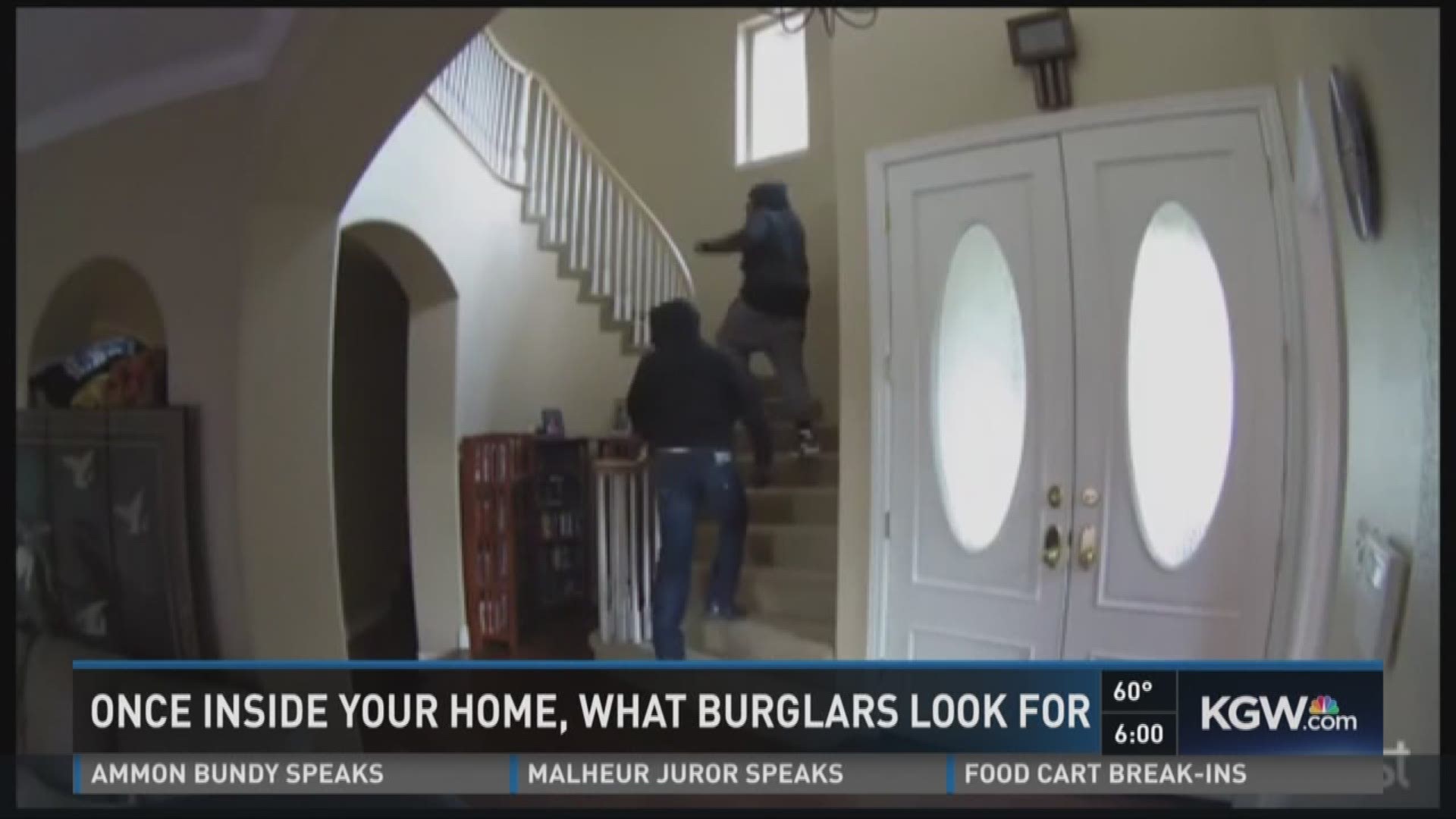 PORTLAND, Ore. -- A KGW investigation polled 86 convicted burglars and asked them how they broke into homes.

The report showed burglars can get into homes in a matter of minutes. But what happens once they’re inside? This is where burglars told us they searched first and what they looked for.

What they look for:

Burglars said they go for the most expensive-looking homes.

“No matter if you burglarize a mobile home or a mansion, it is still the same criminal charge,” a burglar said.

If the home has large trees, a fence or something else that obstructs the street view, that makes it an even more likely target.

Cash and credit cards are the ultimate find.

“The first thing [I look for] is anything of monetary value,” a burglar wrote.

Jewelry and guns are almost as good as cash.

“If you can get guns, they are easier to sell,” said Jerome Gilgan, a former burglar who now works as a rehabilitation counselor.

Laptops, phones, and other expensive electronics are easy to take and can quickly be sold.

If a burglar can steal or break into a safe, they will.

“My main thing I hunted for once in a home is a safe or locked box,” one burglar wrote. “That, to me, is my goal item to locate. I would leave everything else to get this, nothing means more to me than the safe.”

Across the board, burglars said they go to the master bedroom first.

One burglar said he searches “beds, drawers, closets and boxes.” Another said “every inch of the bedroom.”

Another said he looks for a hidden floor, wall or ceiling space in the master bedroom.

“Most people keep all their valuables close to them where they feel they were most safe but in reality they are not,” another wrote.

“There are going to be safes in the closet,” a burglar said.

What you may think is a unique hiding place is probably not.

“From the stove, to the freezer, to the fish tank and toilet tank, book shelves and boxes of cereal,” a burglar wrote.

How to keep your valuables safe:

Burglars said there are some ways you can keep your from being stolen.

Burglars aren’t going to work to remove a heavy safe from the home.

“Large safes and safes that are bolted into the floor or wall are the most difficult to deal with, unless the key or combo is hidden in a nearby desk or night stand,” a burglar said. “Safes that cannot be picked up or carried off are too much work for possibly no reward.”

The best way to keep burglars off your property is to make it look like you’re home. Every burglar said they did everything they could to make sure no one was home before going inside.

“Keep an extra car in the driveway, keep lights, TVs and radios on when you leave your home,” a burglar wrote.

And he said if you’re not close with your neighbors, now might be the time to bake them a cake. Neighbors can be one of the best security systems.

“Be good friends with your neighbors, have a true neighborhood watch,” he recommended.