Collectors of rare booze in Oregon get shutout from liquor stores

Consumers say that rare bottles of liquor are being held and sold only to restaurants and bars. 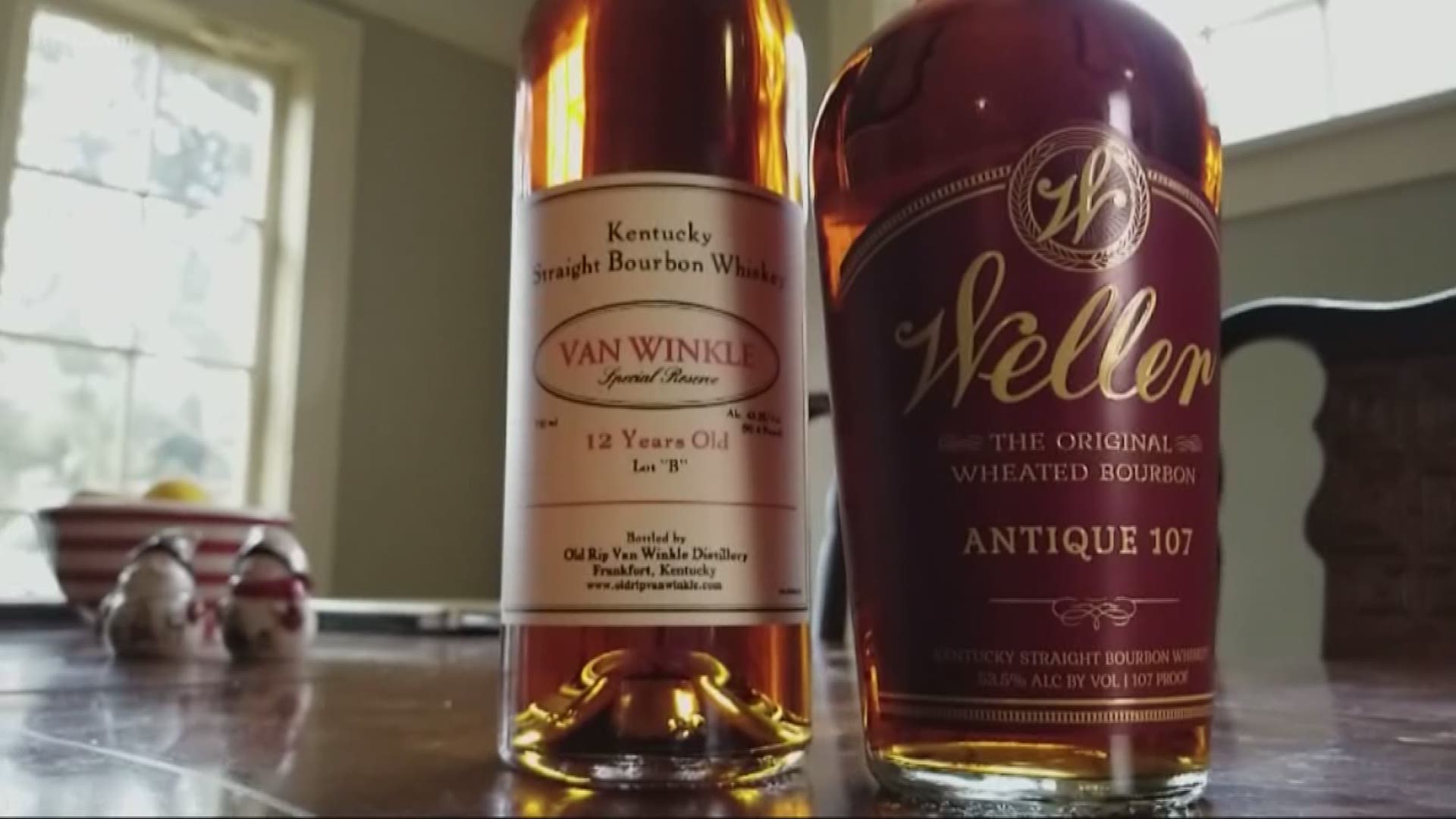 PORTLAND, Ore. — Bourbon is hot. It’s as popular as ever, leading some people to use the phrase “bourbon boom.”

But many consumers looking to buy rare or collectible liquors argue they’ve been shut out of the market in Oregon because liquor stores won’t sell it to them. Instead, they argue, the most coveted bottles are reserved for bars and restaurants.

“I want to be treated just like anybody else. If I have money in my hand and I am willing to buy your product I think there is no reason why I should be denied access,” said Justin Lehr of Portland.

Lehr, who founded the Facebook group Portland Bourbon and Spirits Society, has heard similar complaints from other hobbyists who collect rare liquor.

In Oregon, liquor stores are only allocated a few bottles of rare bourbon or spirits by the Oregon Liquor Control Commission. Distilled liquors are tightly regulated by the OLCC, as Oregon is a beverage control state. Lehr claims, those rare bottles typically go to a liquor store’s biggest clients, which are bars and restaurants. That leaves nothing left for everybody else.

“I think all consumers should be treated equally, regardless of whether they are a bar owner, a regular or a brand-new customer walking in off the street,” said Lehr.

KGW conducted a test to see if we could buy a bottle of the highly sought-after Weller 107 Antique bourbon. The OLCC website, which updates every 24 hours, showed several liquor stores in the Portland-metro area had bottles of Weller 107 available for sale.

Most liquor stores showed an inventory of two to four bottles, selling for $26.95 each.

KGW visited five different liquor stores to inquire about purchasing a bottle of Weller 107. Every store told us there were no bottles available for sale even though the online inventory indicated there was some in stock.

Several liquor stores said they put the rare bottles aside for bars and restaurants. Others said they were sold out or had bottles reserved.

The OLCC explained the liquor stores aren’t doing anything wrong by allocating limited edition bottles for their most frequent customers.

This is a case of supply and demand, according to the OLCC. There just aren’t enough bottles to sell to everyone – that’s what makes them rare.

Consumers can enjoy rare and limited-edition liquors by the glass at restaurants and bars.

Last year, the OLCC created a drawing that gives the public a chance to buy rare bottles, like the elusive Pappy Van Winkle and the Buffalo Trace Distillery Antique Collection.

A total of 7,663 people entered the December drawing for the opportunity to purchase one of the 106 rare bottles.

“We really leveled the playing field so anybody from Portland to Enterprise to Philomath can have a chance to purchase a bottle that they otherwise may not have a chance to,” explained Matthew Van Sickle, spokesman for the OLCC.

Van Sickle admits only a fraction – roughly 4 percent of the state’s rare bottles – go into the drawing, although the OLCC is looking to continue and possibly expand the drawing system.

As a hobbyist collector, Lehr, would like to see either a first-come, first-serve policy for everyone. Or, Lehr argues, the OLCC should put all limited-edition bottles into a drawing so everyone has equal odds.

“It’s really frustrating that there’s this inequality in the market,” said Lehr.