Some fishing, golfing, hiking, hunting can resume May 5 in Washington state

Some state lands will be open for day use, including fishing, hunting and golfing, with social distancing measures. But camping and gatherings are still not allowed. 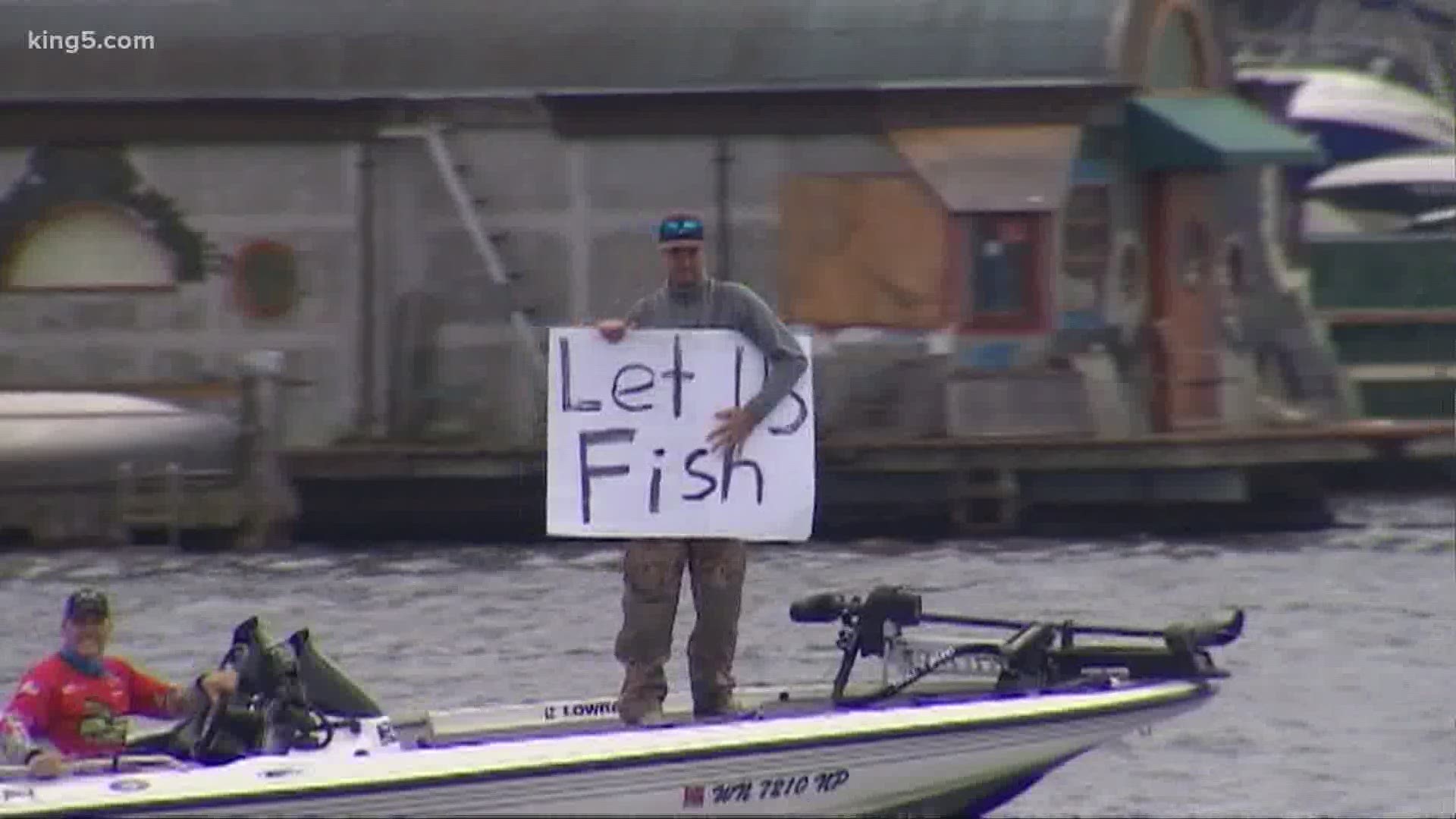 However, not all state parks will be reopened on that date, coastal lands and beaches will remain closed, and gatherings and overnight use are still not allowed.

"This is a data-driven decision," Inslee said at a Monday press conference. "If this virus were to spring back, we might have to roll back some of these measures again which is the reason we have to remain disciplined in how we enjoy the great outdoors."

However, coastal areas are not open yet. Marine areas 1-4, which incldues Ilwaco, Westport-Ocean Shores, Willapa Bay, Grays Harbor, LaPush and Neah Bay, will not be open for fishing on May 5, and people will not able to gather clams or shellfish.

There are limits. Only immediate family members will be allowed on boats together, said a governor's spokesperson. Golfers can only tee off with one other person, not in their household.

Additionally, public gatherings, team sports, and camping, among other things, are not allowed at this time, Inslee said.

"If you're on a park, on a blanket with a bunch of friends who are not in your household you really are violating the Stay Home, Stay Healthy order and the ability to protect your loved ones and your pals from getting sick," he said.

Inslee also said that local officials will be able to impose stronger restrictions than the state's guidelines. If a parking lot to a park is full, find another one or go home.

"This is the time to reign it in, keep it to the areas you know," said Chris Ellis, president of the Bellingham Mountain Rescue Council.

He and his team members are the ones who rescue lost or injured people in the backcountry.

A few weeks ago, he posted a reminder on Facebook to the BMRC page that the pandemic is not the time to be taking outdoor risks. Even with restrictions being lifted, his warning stands true as practicing social distancing among a team of rescuers is difficult when time is of the essence and lives immediately depend on them.

"In and out hiking we can, but really if we have to pull someone down a mountain there's no way around it," said Ellis.

He says stick to the local trails you know as you could be putting rescuers or yourself at greater risk of contracting coronavirus.

"If you get hurt and end up in the hospital, you're also increasing exposure of possibly getting sick."

Inslee said that while the state has been loosening the restrictions in the Stay Home Stay Healthy order, the data show that the state would not be ready to drop social distancing by next week.

"We are a long ways from the end of this virus, and we are going to have to maintain plenty of restrictions after May 4," he said.

"As time goes on, we intend to continue to turn that dial open up our community," he said.

Last week, Gov. Inslee announced that low-risk construction could resume in Washington, marking one of the first steps the state is taking to slowly reopen the economy.

On Sunday, boaters gathered on Lake Union in Seattle to ask Gov. Inslee to ease the restrictions on fishing during the COVID-19 pandemic. Under the stay-home order, residents are allowed to go out on a boat but are not allowed to fish or cast a line into the water.

Organizers of Sunday's event said they are willing to take extra precautions or follow certain guidelines from the State Department of Fish and Wildlife.

“Ninety percent of fishing involves social distancing because people don't want to fish next to each other because they can't catch fish as well,” said organizer Marc Marcantonio.

Marcantonio said he believes adding fishing won't make matters worse for the pandemic but could help eliminate some of the stress this crowd is feeling.

Gov. Inslee’s office said he is looking for ways to ease restrictions on outdoor recreation. 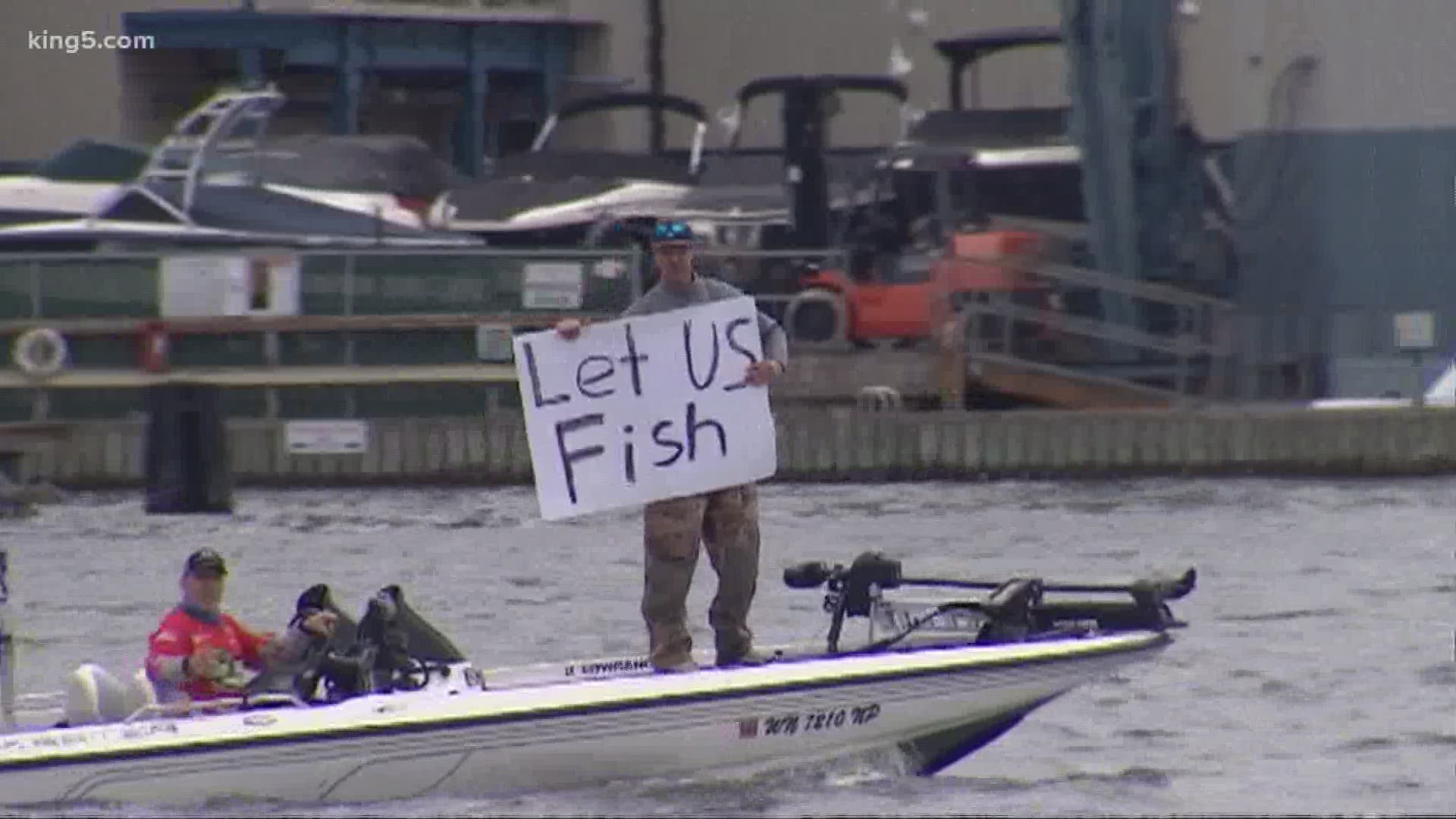