Oregon continues to vaccinate people in custody; 80% opt-in for shot

After a judges ruling, Oregon began vaccinating inmates across the state. Prisons have consistently been places of large outbreaks. 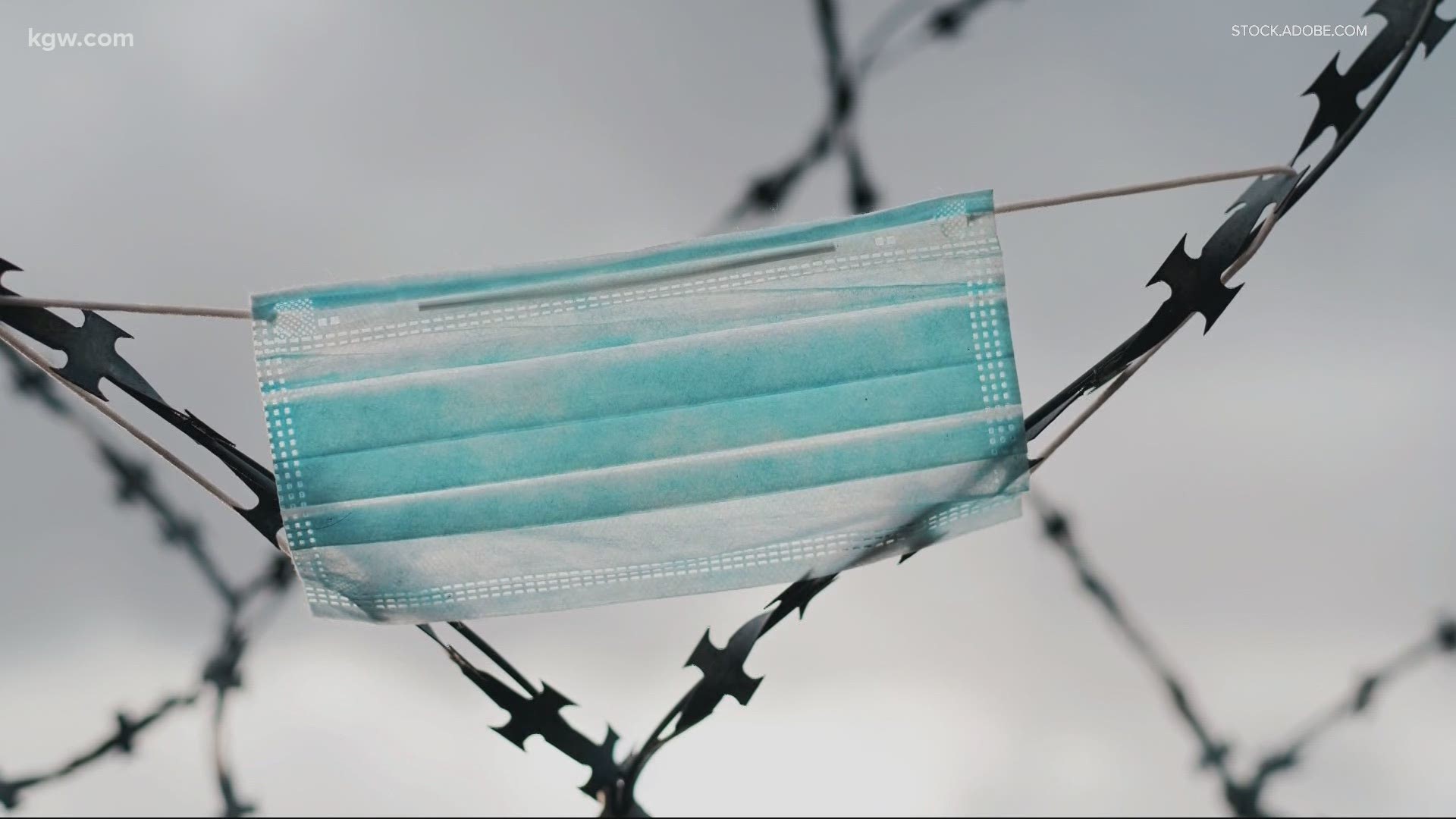 PORTLAND, Ore — Eighty percent of people in Oregon's prison system are opting to get the coronavirus vaccine, according to the Oregon Department of Corrections chief medical officer.

The Oregon Department of Corrections (ODOC) vaccinated about 5,000 inmates before last week's snowstorm.

Oregon prisons have consistently been sites of the state's largest coronavirus outbreaks. More than 40 inmates have died.

Juan Chavez is an attorney with the advocacy group Oregon Justice Resource Center, which helped file a lawsuit to get vaccines to inmates.

"Our constitution says we cannot cruelly and unusually punish people," Chavez said. "We have an obligation to protect the people we've taken into our custody."

A judge agreed and Oregon moved inmates up the priority list.

KGW viewers' comments poured in after that; many were upset inmates have vaccine access while other vulnerable Oregonians wait.

"They're crammed like sardines in a can,” said Lela Braunberger, whose husband is incarcerated in Oregon. She says vaccine access is about humanity.

Plus, lower spread in prisons can help staff too. So opting in is crucial.

“A lot of folks on the inside may still want that vaccine if they understood its benefits, its efficacy and its safety,” Chavez said.

To get people educated and curb distrust, ODOC officials say they are using education. Those who opt out meet with health providers to explain their hesitancy. ODOC provides pamphlets and videos to ease fears.

Most who want the vaccine will have their first dose by the end of next week.