A letter carrier in Oak Grove tested positive for the virus, along with a worker at a sorting facility in Portland. 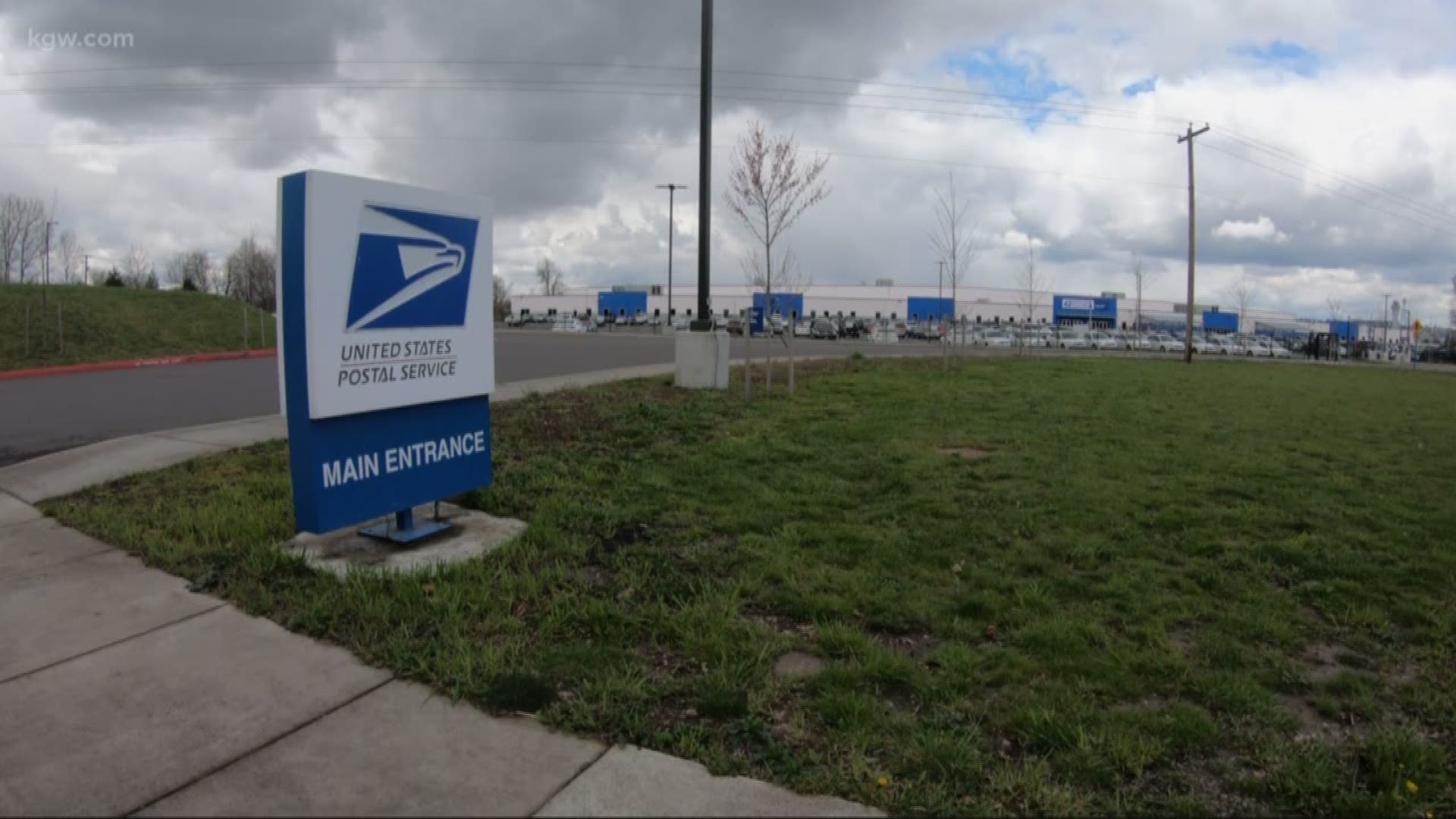 PORTLAND, Ore. — Two U.S. Postal Service workers in Oregon tested positive for coronavirus, according to a spokesperson for the agency.

One of the sick workers is a letter carrier in Oak Grove who delivers mail to homes and businesses. She was last at work on March 20 and tested positive on Tuesday. Co-workers who were in direct contact with the carrier have been asked to leave work and quarantine for 14 days.

The other postal employee who tested positive works at the Portland Processing and Distribution Center plant, near the Portland International Airport. Workers at the P&DC facility primarily sort mail and unload trucks and don't come into direct contact with the public. The facility has 1,200 employees.

The postal service did not identify the employees or provide any additional details about their conditions, citing confidentiality requirements by law.

"We believe the risk is low for employees who work at the Portland Processing and Distribution Center, but we will keep our employees apprised as new information and guidance becomes available," wrote David Rupert, USPS spokesperson in an email to KGW.

Two postal service employees, who spoke on condition of anonymity because they were not authorized to talk to the media, said the employee at the Portland plant self-reported.

Several workers, who may have been exposed to the infected postal employee, were placed under quarantine for seven days and have since returned to work, the unnamed postal workers said.

An agency spokesperson said the Portland employee was last at work on March 9 and tested positive on March 14.

The U.S. Postal Service did not notify the public in either case.

NPMHU Local 315, the union representing mail handlers, posted an update from president Bryan Easley on its website March 20. The union expressed concern whether machines and equipment were cleaned and sterilized properly. Additionally, the union questioned whether enough workers were quarantined, since the infected employee was left to identify who they came into contact with.

"Some are afraid they may have been left off this list," wrote Easley.

Earlier this month, a postal service worker in Washington tested positive for coronavirus. The employee, who worked at the Seattle Network Distribution Center in Federal Way, contracted the disease while overseas, according to an agency spokesperson.

The Washington Post reported Tuesday that workers in at least 10 Amazon warehouses around the country have tested positive for coronavirus. None of the cases identified by the newspaper involved facilities in Oregon or Washington.

The recent cases come as postal and package delivery workers cope with a crush of mail and packages because people are staying home to avoid the spread of the coronavirus outbreak.

The postal service claims there is no evidence that coronavirus is spread through the mail, citing research from the Centers for Disease Control, the World Health Organization, as well as the Surgeon General.

A study published in the New England Journal of Medicine found coronavirus could be detected up to 24 hours on cardboard, leading some to wonder if packages delivered on their front porch are safe to handle.

"In general, because of poor survivability of these coronaviruses on surfaces, there is likely very low risk of spread from products or packaging that are shipped over a period of days or weeks at ambient temperatures," the CDC posted on its website.