'Everybody knows the best cannabis comes from Oregon': Jim Belushi on growing pot in Oregon

Belushi said his venture into the pot industry is more than a hobby, it's a passion. And while he'll always be an actor, right now, his farm is center stage. 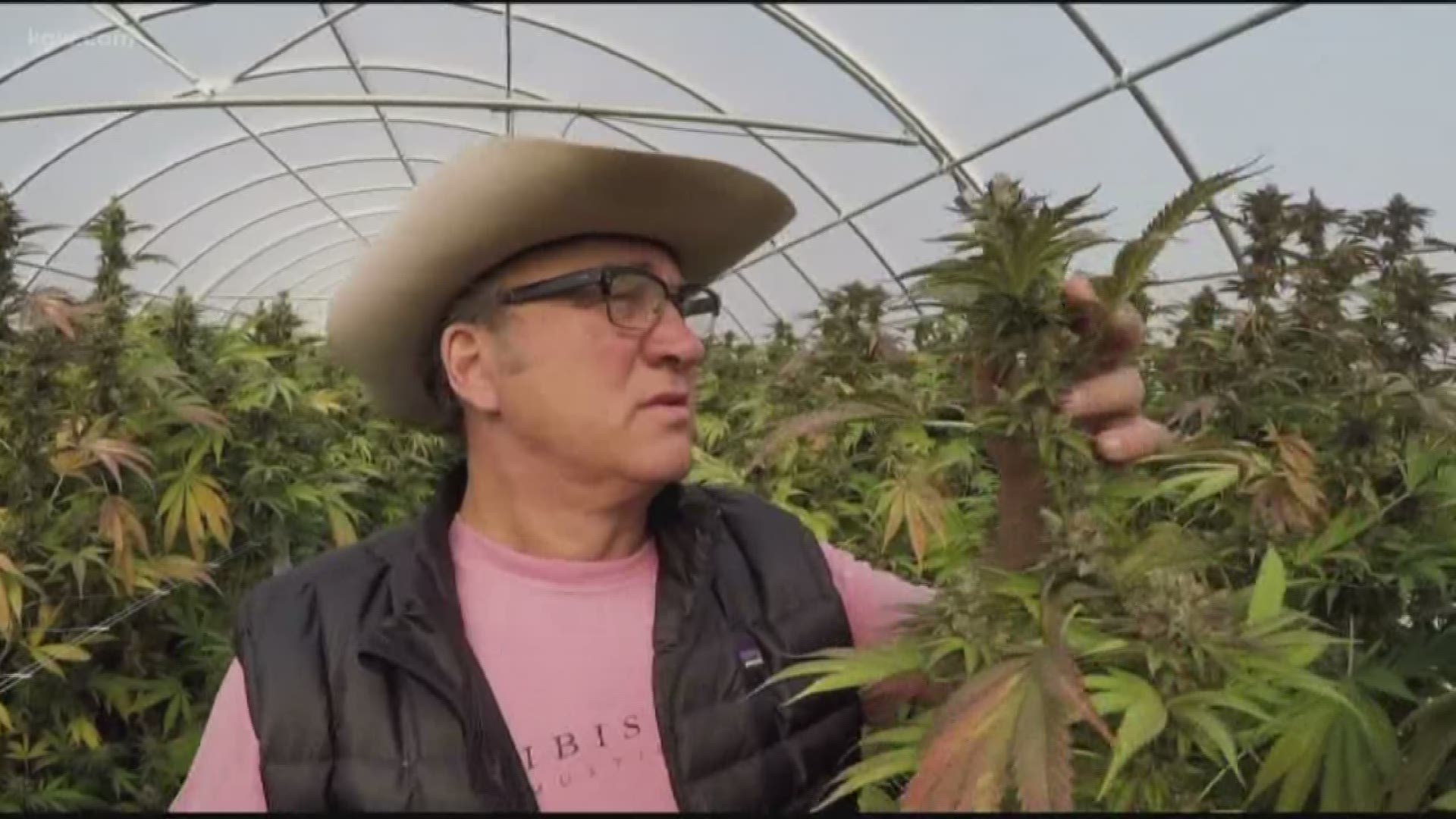 “Everybody knows the best cannabis comes from Oregon,” gushed Belushi on a recent visit to Portland.

His grow operation, Belushi’s Farm, covers 93 acres in the Southern Oregon town of Eagle Point. It’s a place he’s grown very fond of and where spends around 10 days of each month.

“It's so beautiful, I feel like myself there,” Belushi said. “From the Rogue River comes a perfect pH to feed the plants.”

Belushi’s operation is relatively small. His most recent harvest yielded about 600 pounds of bud.

“My payoff has been where this plant has led me emotionally and spiritually,” Belushi said.

Belushi believes he's helping customers, from those coping with PTSD to couples. Take, for example, his Cherry Pie strain—“I call it ‘the marriage counselor’”— chuckled Belushi. It’s one of 6 marijuana strains grown under his label, Belushi's Private Vault.

“My wife might ask me where I want to go for dinner. After a toke of Cherry Pie I might say, ‘Oh baby, we could go to Taco Bell, as long as you're sitting across from me!’”

Belushi's working on a new strain to be released next year, one modeled after a strain cultivated by his friend, Captain Jack in the 70's.

“Captain Jack used to be the weed dealer for Saturday Night Live,” said Belushi, whose late brother John was one of SNL’s earliest stars. “They smoked that strain, those writers and actors, and I was like, no wonder they came up with such great, funny stuff!”

Belushi knows he's in a fortunate and unique position among other growers in the state, many whose operations have folded.

“The Oregon [marijuana] market is a very tough market because it’s over-saturated,” Belushi said. “I’d consider myself successful if and when I break even.”

Belushi said his venture into the pot industry is more than a hobby, it’s a passion. And while he'll always be an actor, right now, his farm is center stage.

“I got a couple [acting] offers last week,” Belushi said. “I passed on them because I want to be here, in Oregon now.”

On Thursday, Belushi will greet customers at Nectar from 4 p.m. to 6 p.m. at 505 NW Burnside Rd in Gresham.

On Saturday afternoon, he’ll be at Speedy Jane’s at 733 SW Dennis Ave. in Hillsboro.

On Sunday, Belushi will compete against other growers in the Oregon Dope Cup.