District leaders said curriculum does not include a deep dive into critical race theory, but topics may be influenced by the concept. 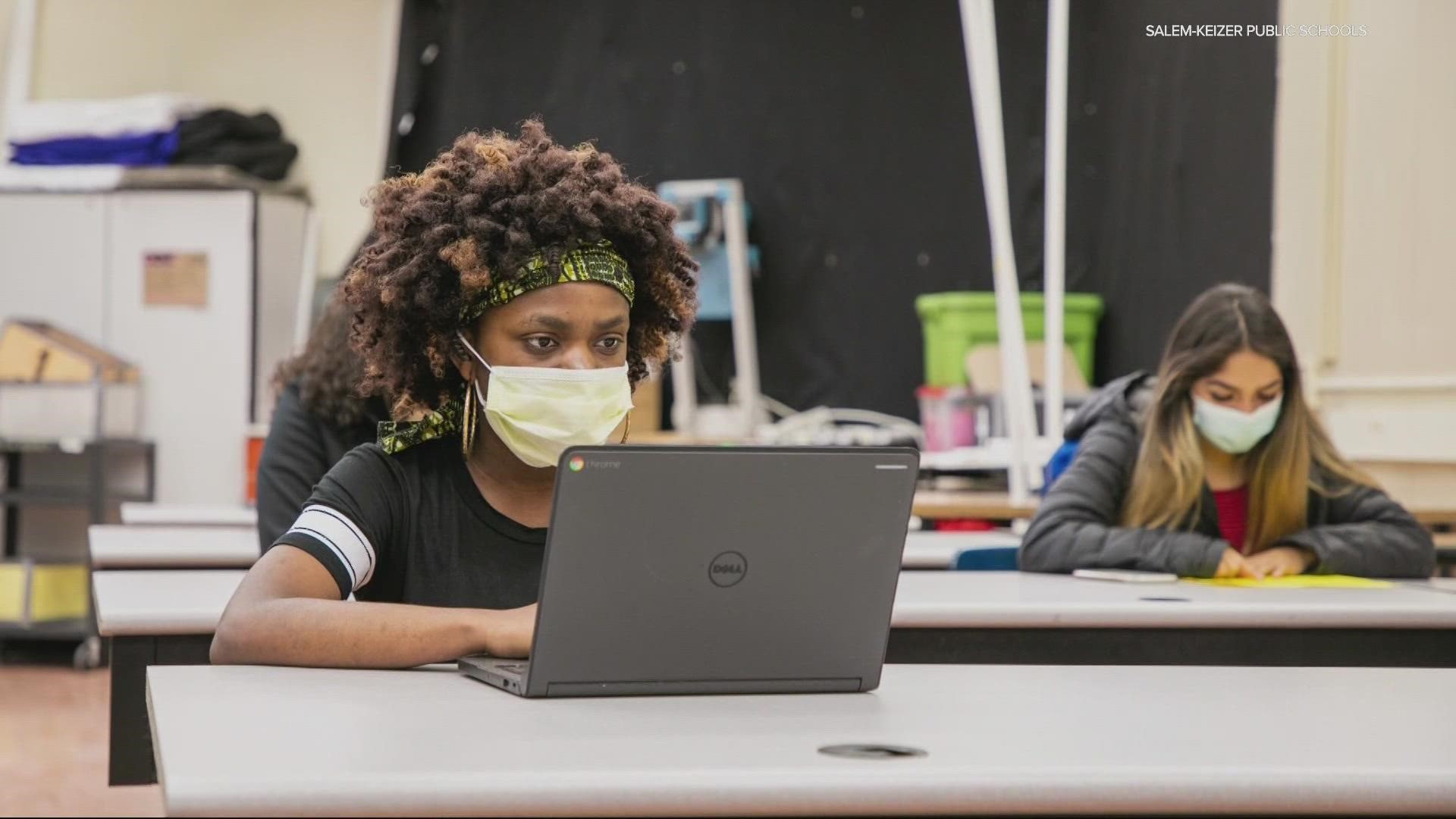 SALEM, Ore. — As Salem-Keizer Public Schools heads into a new year, there is pushback from some parents about curriculum that encompasses the topics of race and diversity.

Now, district leaders want to set the record straight on what kids are learning in the classroom.

In 2017, Salem-Keizer Public Schools made a commitment to look at its curriculum to see what groups were and were not being represented. What they found is that a lot of groups weren’t represented. Since then, social studies in particular has undergone some changes.

Iton Udosenata, the assistant superintendent for Salem-Keizer Public Schools, said parents are contacting the district, worried about what their kids will be learning in class about race. He thinks it’s a result of the divisive climate across the country.

“There’s a certain theory that says schools are being hyperresponsive to some of the other movements on the far left and trying to indoctrinate students with an anti-white curriculum, and that’s absolutely not what’s happening,” said Udosenata.

He said there’s a misconception among some parents that critical race theory, typically taught in higher education, is also being taught in Salem-Keizer schools. The theory describes race as a social construct.

RELATED: What is critical race theory and why is everyone talking about it right now?

“It helps people describe how racial inequities are baked into our social and political structures and institutional laws,” Udosenata said.

He said while critical race theory isn’t necessarily being taught, some curriculum is influenced by it.

“What we really try to do is celebrate race and ethnic diversity within our schools,” said Udosenata.

More than 80 languages are spoken in the district with about half of its students being ethnically diverse.

Gweneth Bruey-Finck, director of curriculum and instruction at the secondary level for Salem-Keizer Public Schools, said the idea behind the curriculum is to give kids a chance to analyze moments in history, see things from different perspectives and promote understanding.

“Oftentimes when we think about discussions of race and ethnicity in the classroom, there is an assumption from adults that that’s going to be contentious or that there’s going to be shaming or blaming, but that couldn’t be further from the truth,” said Bruey-Finck.

At the end of the day, district leaders want kids to see themselves in what they’re learning. As for topics that might be covered, younger kids might learn more about shared cultural experiences while older kids may talk more in depth about civil rights or racial disparities when it comes to incarceration rates.