Police are searching for two people who attacked a woman at a Portland pot shop earlier this month. 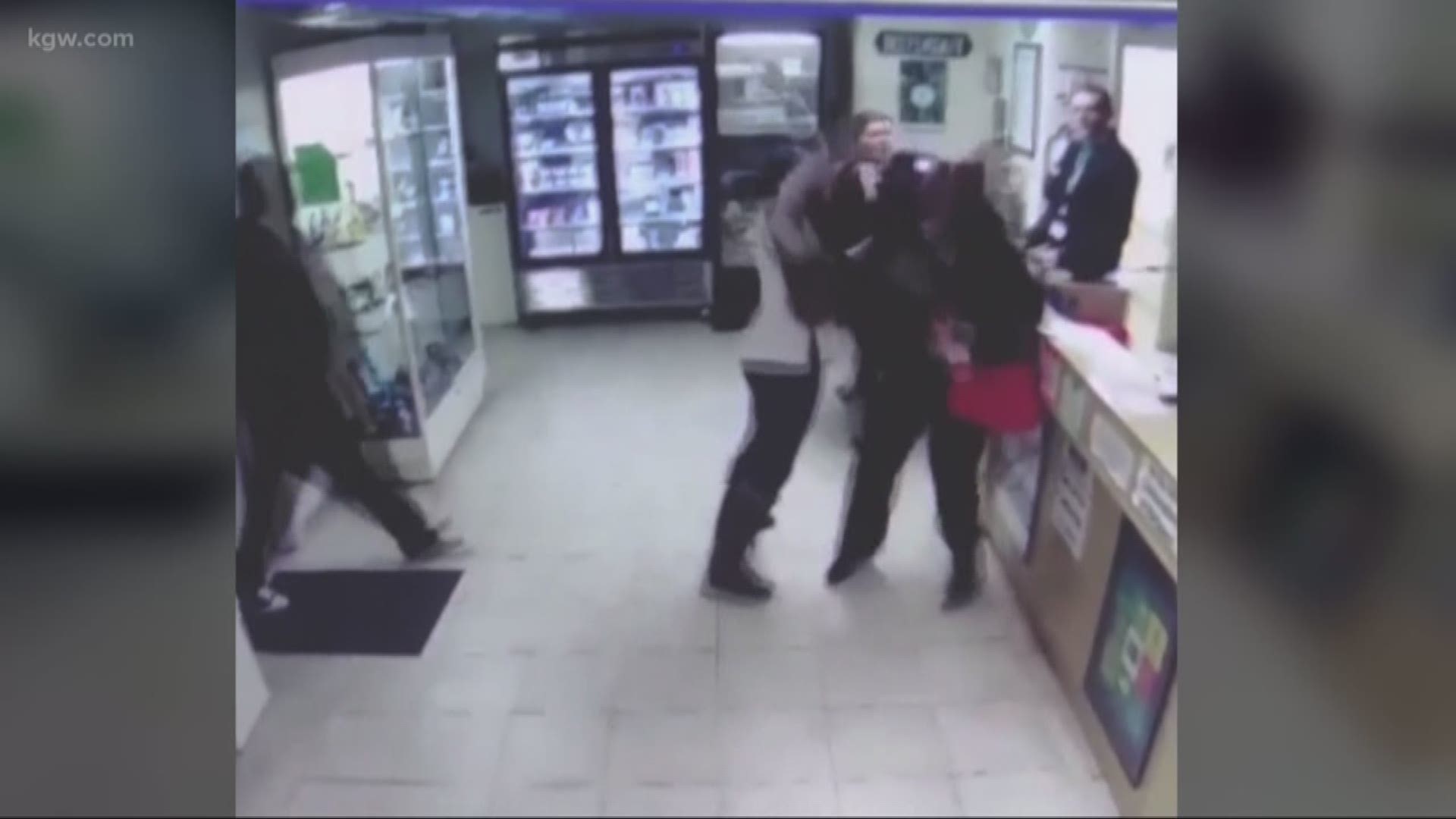 PORTLAND, Ore. -- A woman is recovering after being an attacked by two people inside a Northeast Portland pot shop, according to police.

The attack happened Wednesday, April 18, at around 8 p.m. at One Draw Two marijuana dispensary at 11711 NE Halsey St.

Surveillance video showed two suspects, a man and woman, arguing with the store clerk. Manager Jessica McKinney said the suspects were being “disorderly, were asked to leave and refused.”

Around that time, a female customer, who asked not to be identified by name, briefly confronted the couple.

That's when things turned violent. Surveillance video showed the female suspect lunge at the victim, punching her over and over again. Then, the male suspect started punching the victim, who ended up on the ground.

“He drug me by my hair and he was punching me in the back of my head,” recalled the victim. “I felt like if it was just her, I might have been able to defend myself.”

“Please come forward and help get me justice and anybody else they may have wronged,” said the victim. “I doubt that's the first time they've shown callous disregard for people.”