Officer Michelle Pratt has been a Salem police officer since 2012. 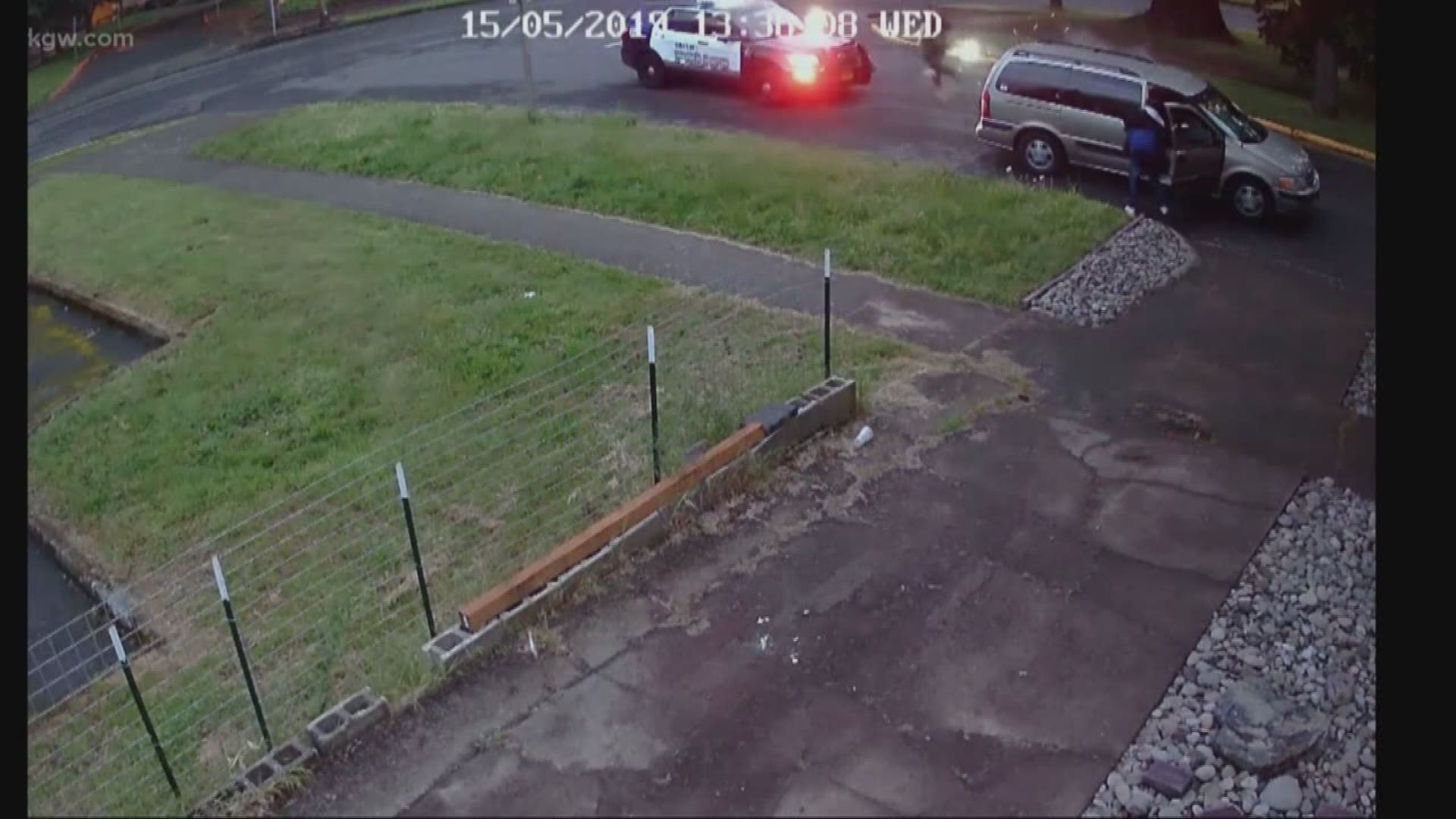 SALEM, Ore. — A Salem police officer is recovering after she was shot during a traffic stop Tuesday night.

Officer Michelle Pratt has since been released from the hospital. She is recovering at home. Police said her injuries were not life-threatening.

The suspect, who fled to a nearby apartment, was taken into police custody 12 hours after the shooting. A police tactical team had surrounded the building.

The suspect was identified as 38-year-old Jaime Lee Jimenez, of Woodburn. He was booked in the Marion County Jail on multiple charges including attempted aggravated murder with a firearm, second-degree assault with a firearm, and felon in possession of a firearm.

Officer Pratt was shot during a traffic stop about 8:30 p.m. Tuesday in the 500 block of Highland Avenue Northeast.

“Michelle’s professionalism and courage were demonstrated by her quick reaction to the suspect’s attack. She was calm and composed on the radio, and was able to self-administer her tourniquet until her cover officers arrived,” said Salem Police Chief Jerry Moore.

Jimenez drove away in a van after he fired the shots, police said. The van was later found abandoned.

The overnight search for Jimenez included three K-9 units and officers from several agencies. Residents were told to shelter in place.

Just before 8 a.m. Wednesday, the SWAT team surrounded a nearby apartment complex in the 2600 block of Broadway Street NE and blew open the door of an apartment where it was believed Jimenez was hiding.

After nearly an hour, negotiators were able to convince Jimenez to surrender peacefully.

Another person in the apartment, identified as 35-year-old Amanda Cayetano, was arrested on a charge of hindering prosecution.

KGW spoke with people who live just yards from where the shooting happened. A couple homeowners have security cameras and provided us with video of the shooting.

While the neighborhood has improved, some say the area isn't entirely safe. They said it was disturbing to hear gun shots so close to their homes.

"It's surprising, shocking. There’s traffic stops in this area commonly due to it being right off a main street where people turn in but never anything to this degree or this level," said Cassidy Stanley, who owns the home right next to where the shooting occurred. "It's unfortunate, it's sad, it's hard on the community. It's not common in our area and it shouldn’t be common in any area."

Tina Scharff lives a few houses down from where the traffic stopped turned dangerous. She said she looked out her window to make sure her outdoor lights were coming on when she noticed a police car had pulled over a van up the street.

"I didn't think nothing of it, just probably speeding or something. And [I] sat back down and a few minutes later I heard five shots - I thought they were shots, I didn’t know - but I got up and looked out my front window and I see a van that [the officer] had stopped going fast by my house and I thought that was pretty weird," Scharff told KGW.

Scharff has lived in that home for 30 years and says this is the first time she's seen this happen on her block.

Nearby Highland Elementary School was closed Wednesday for safety reasons.