Misdemeanor Meadows has had their pride flags ripped before, but it 'warmed their heart' to see a stranger sewing one back together. 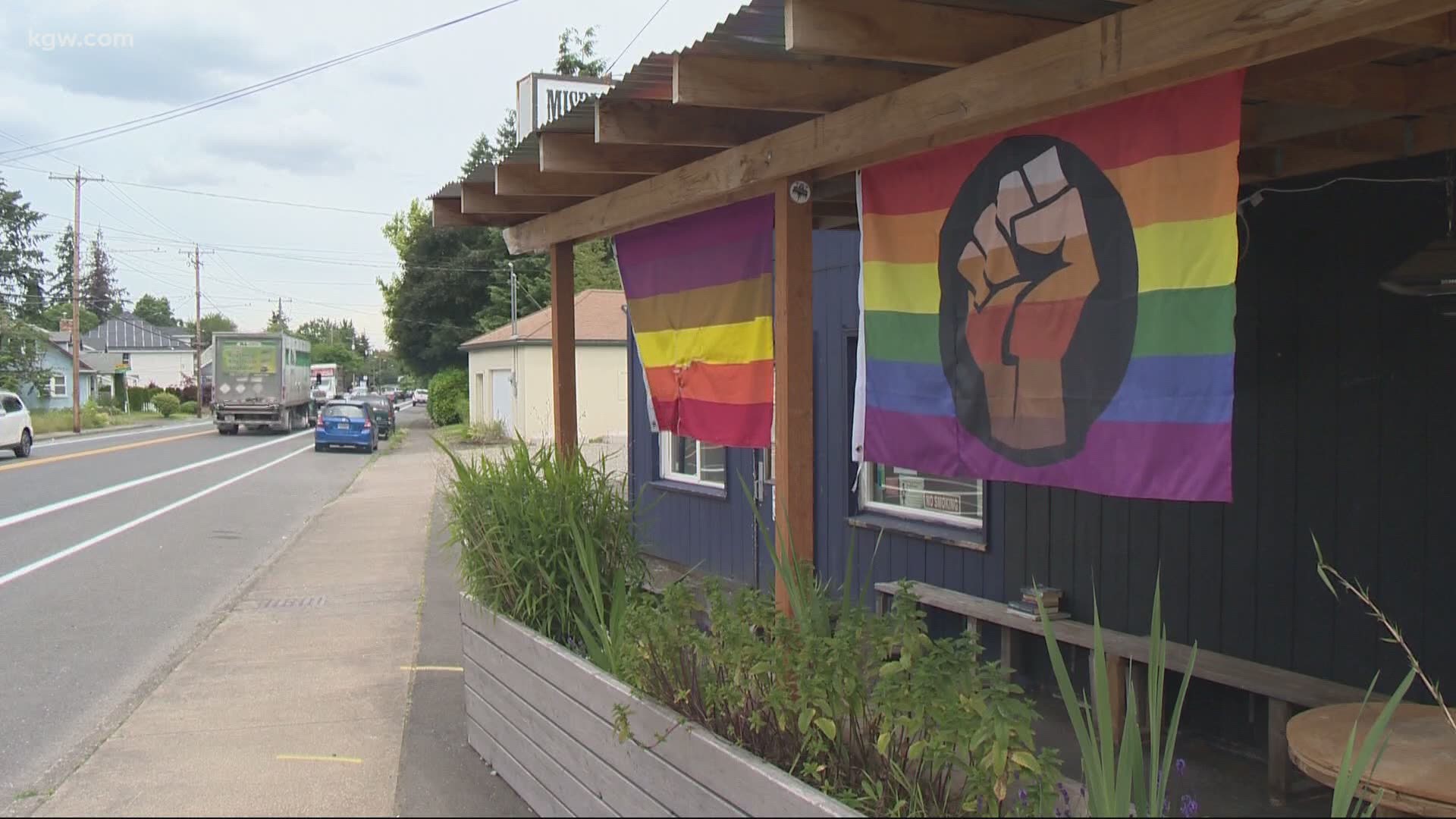 PORTLAND, Ore. — Linda and Jesse Powers-Taylor own Misdemeanor Meadows, a bar and music venue in Southeast Portland. “We’re open Wednesday through Sunday for takeout beer and food. Help us keep the lights on!” Jesse said.

The neighborhood spot prides itself on inclusion and togetherness, evidenced by the flags that hang off the covered patio.

“To me it’s just a symbol of unity and we should all be together,” Jesse said. “All of the colors on the flag get along just fine, just like we all should in real life.”

But some have taken advantage of their inviting attitude.

“We had the one pride flag and a neighborhood kid slashed it, and Jesse repaired it with some buttons,” Linda said. “It got the attention of some friends, a friend of ours donated the new flag, and one day randomly during business hours somebody came and slashed that flag.”

They were disheartened by the vandal, but not discouraged. What happened next, wouldn’t have, if they had taken down the vandalized flag.

“It was really unexpected and wonderful to see the kindness of a stranger who didn’t even know us come and repair the flag,” Linda said.

One morning, they checked in on their business and the security camera feed from out front. A neighbor was on the patio, not to vandalize, but to stitch up the tear.

Jesse managed to make it to Misdemeanor Meadows before the man was finished and was able to thank him. He didn’t think to ask him his name, but he’s thankful a neighbor is as proud as they are to be a part of the fabric of their community.

“There is a lot going on right now and we’re here to provide a safe space for everyone,” Linda said. “We’re an all-inclusive place to be, and we will remain to do that.”

RELATED: VERIFY: What do 'antifa' and 'boogaloo' mean?