'It was so rewarding': Cascade Locks couple commended for giving food to drivers stuck in I-84 backup

Jade and Quintin Stell were also caught in the traffic jam for three hours on Tuesday night, but they managed to make it home. When they woke up Wednesday morning and learned other people were not as lucky, they knew they had to do something. 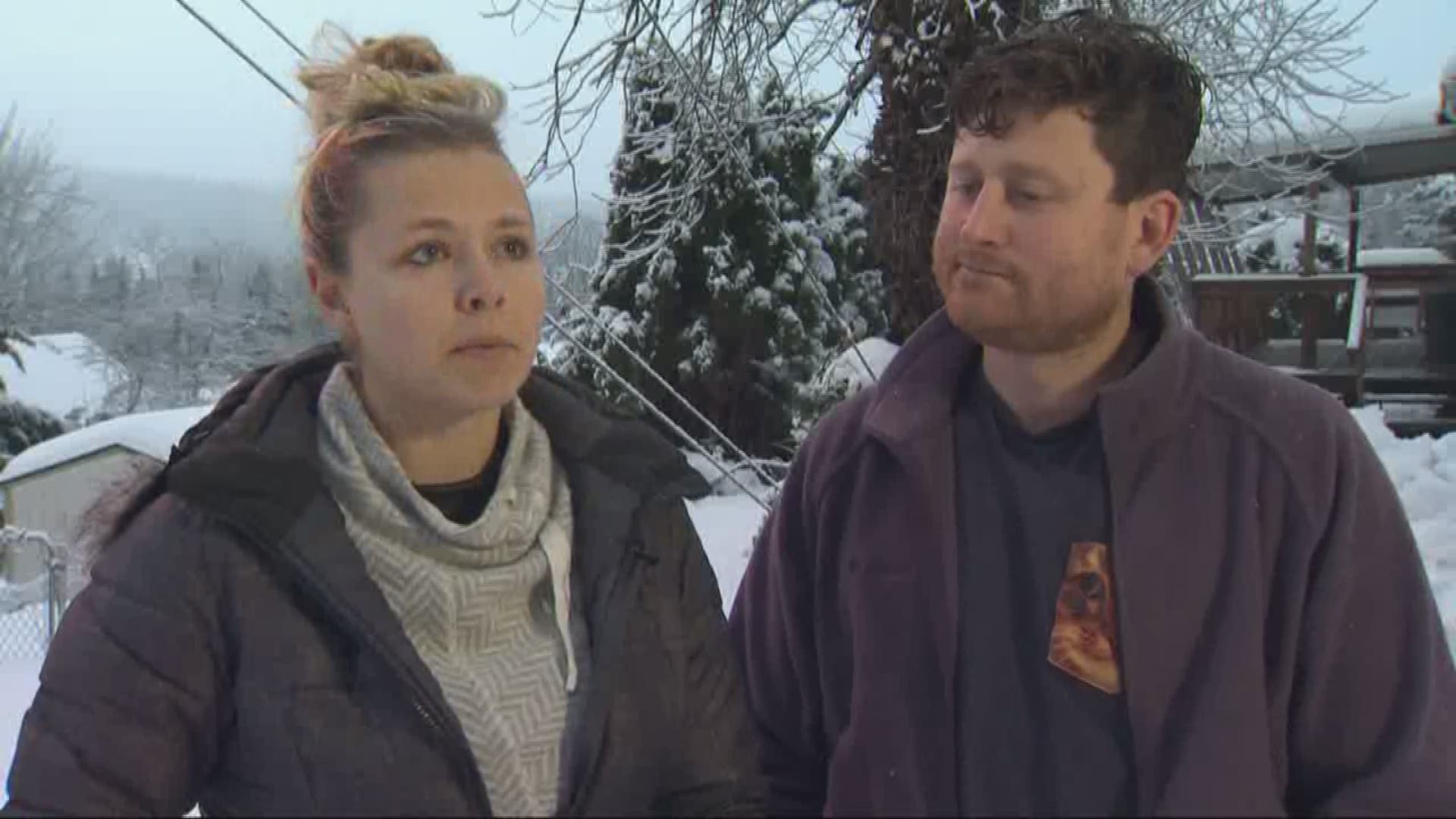 CASCADE LOCKS, Ore. — Thanks to a tip on social media, KGW learned the identity of the mystery couple who went car to car handing out food to people stuck in the traffic mess on Interstate 84 in the Columbia River Gorge earlier this week.

PREVIOUS COVERAGE: 'It made my day': Good Samaritans help drivers stuck in massive I-84 backup

Truck driver Dennis Miller snapped a photo of the couple and posted it on Facebook. At last check, the post had been shared more than 900 times. Miller did not know who they were when KGW spoke with him, but he wanted to say thanks.

“I would like to find these people too and just tell them thanks from all of us that were there,” Miller said.

KGW tracked down the couple Thursday. The couple is Jade and Quintin Stell from Cascade Locks. They said they were also caught in the traffic jam for three hours on Tuesday night, but they managed to make it home. When they woke up Wednesday morning and learned other people were not as lucky, they knew they had to do something.

“We heard that people were still stuck and we thought well we should bring them sandwiches and do whatever we can to help out,” Jade Stell said.

The couple took their two dogs, Juno and Suri, with them, stopped at the local market to buy groceries, and made the trek back to the freeway. They said drivers were surprised to see them.

“They were like how much? And we were like, how much? What are you talking about? Free! We're not trying to get anything from you, we just want to care for you and help you out,” the couple said.

After handing out everything they had, they even made a second trip to the store and came back.

“Somebody gave us $100, so we're like, 'Well, let's go get more food,” Jade Stell said. “So, we took that money and kind of recycled it back into, you know, trying to get more food and reach more people.”

As they went car to car they said it was cool to see how drivers were even looking out for one another. They said drivers would point out others who also needed help.

“Oh, we don't need food, but they need food,” Quintin Stell said. “They’re hypoglycemic, there’s a baby back there, so people out there were the ideal example of humanity.”

The two never expected anyone to make a big deal of what they did. They said they just did what they would want other people to do for them.

“It was an experience that seemed so simple and such like a nothing thing on our part, but it was so rewarding to be able to love on people in that way,” Jade Stell said.

The couple moved to Cascade Locks from Los Angeles in December. They said they quickly learned they live in a community that rallies together in tough situations, so they said they were just acting on that gorge mentality.