Skateboarders in Lents built a community skatepark known as "Feral Cat Cove." They now fear the city will tear it down. 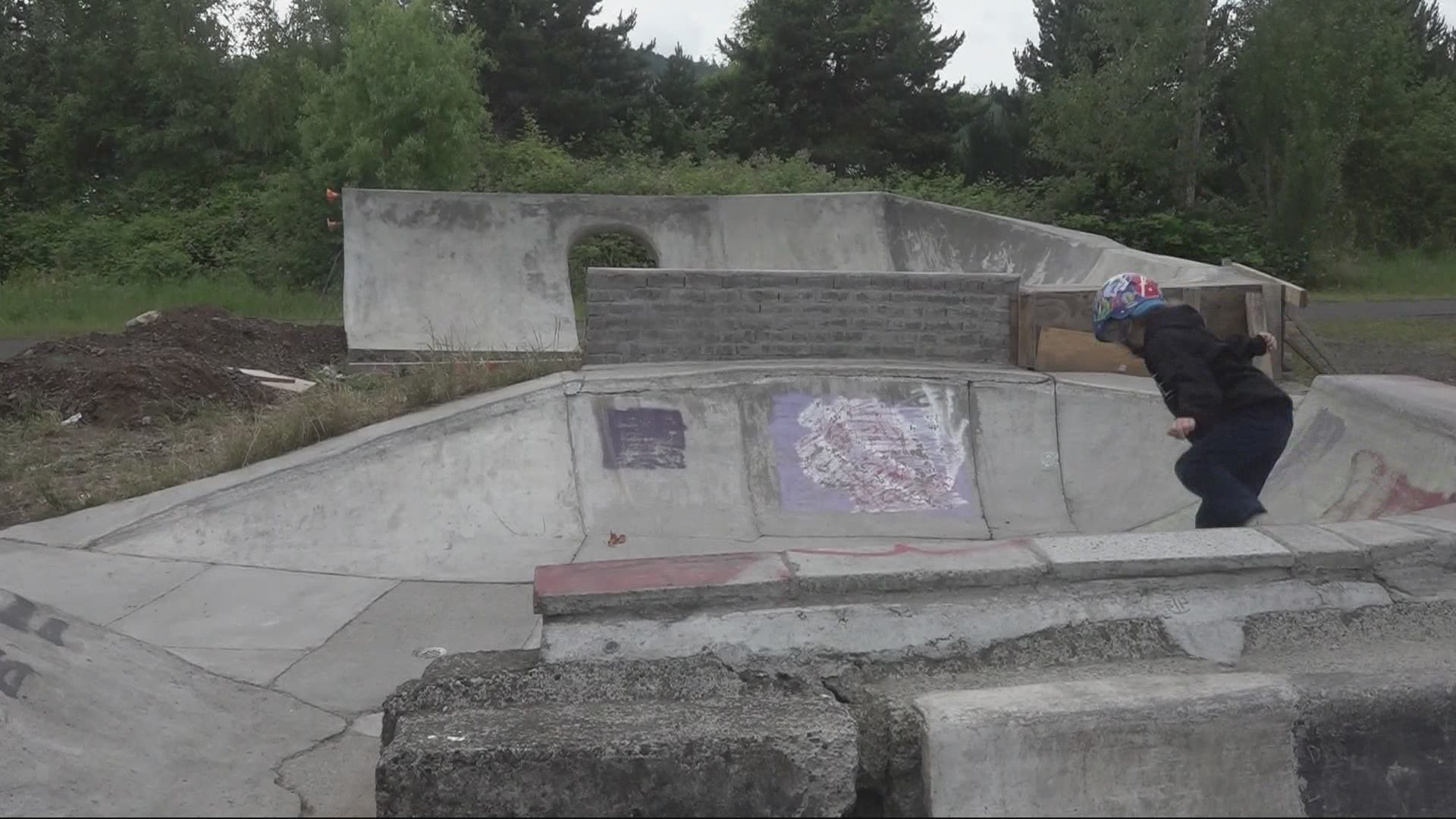 PORTLAND, Ore. — Skateboarders who built their own skatepark in the Lents community fear the city of Portland may be planning to tear it down.

The community-built skatepark known as "Feral Cat Cove" was "funded by skaters and the community so far," according to a Change.org petition looking to save the park.

Alex Janega started the petition, and he's one of the skateboarders who built the park. He said the skatepark is on city land that's zoned for recreation, and that he just wants a positive place in the community for kids to go.

His petition says before the skatepark project started, the area had been filled with broken glass, hypodermic needles and abandoned cars. It says the spot is now used to teach kids about concrete finishing, masonry, carpentry and other useful skills outside of skating.

"There were a few ramps here four or five years ago. Before I ever got involved here this was an established skateboard spot," Janega said.

Portland Parks & Recreation spokesman Mark Ross told KGW he's aware of the skatepark and said that safety is the city's top priority, adding that officials are "working to assess potential next steps."

He did not mention any immediate plans to remove the park.

But Janega said he's heard the city may be considering removal.

He said he's advocating for liability insurance and permission from Portland Parks & Recreation to continue working on the park.

Marissa Caldwell lives next to the community built park and says she does not see an issue with it.

"The only time I had any complaints about it, it was blocking the entrance to the Springwater Trail. But it looks like they have moved that aside now. It looks to be a great place to hangout," she said.

Janega said seeing the park go would be detrimental to the skaters in the community.