The fire, which started west of Wishram along Highway 14, has burned 14,175 acres. 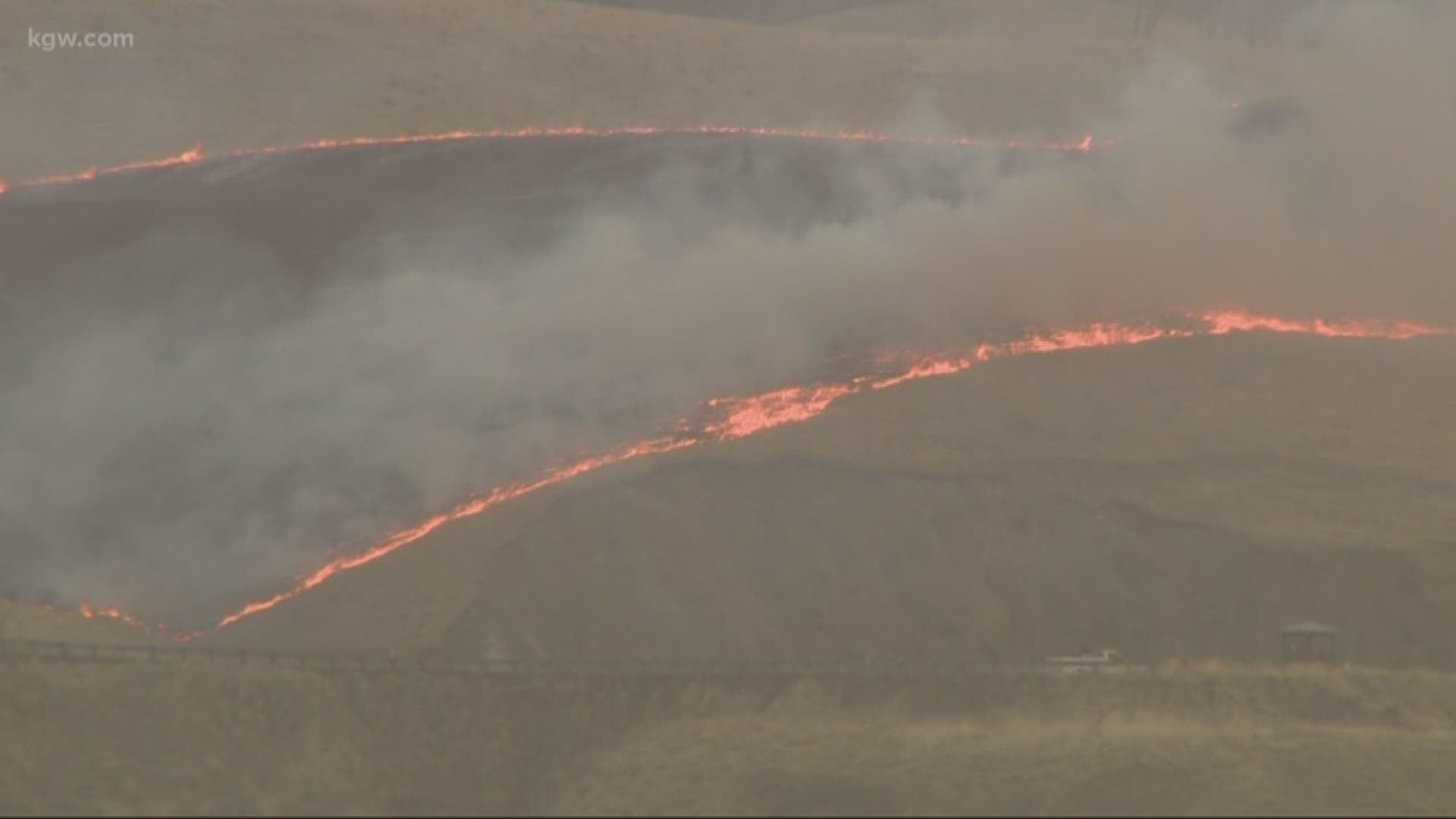 WISHRAM, Wash. — All evacuation orders that were in place due to the Milepost 90 Fire that broke out on the Washington side of the Columbia River Gorge on Tuesday have been lifted.

The fire, which started west of Wishram along Highway 14, has burned 14,175 acres made up of mostly grass. As of Wednesday, it was 60 percent contained.

Highway 14 in Washington was reopened Thursday afternoon between Dallesport and Maryhill after being closed for two days.

The Red Cross established a shelter at Goldendale High School for anyone displaced by the fire. Call 888-680-1455 for shelter information.

The fire started at around 4:20 p.m. Tuesday and spread northeast toward Centerville and Goldendale. Several local fire departments and the Washington Department of Natural Resources were battling the blaze, with the help of water drops from the air.

VIDEO: Sky8 flies over the Milepost 90 Fire on Wednesday morning

Earlier on Tuesday, a fire burned 15 acres northeast of White Salmon. That fire was stopped and no structures were damaged, according to the Washington Department of Natural Resources.

Washington Gov. Jay Inslee declared a state of emergency on Tuesday due to the wildfires burning across the state.