DUFUR, Ore. — A wildfire burning in Wasco County, south of Dufur, is 40 percent contained Sunday morning, and in full mop-up.

Officials said Saturday that three homes and 15 outbuildings have been damaged by the fire, known as the South Valley Fire.

Video from Sky 8 on Wednesday showed a structure engulfed in flames.

On Thursday, Stefan Meyers with the Oregon State Fire Marshal's Office said there were "a lot of close calls" in regards to protecting structures.

Evacuations have affected about 500 people. See the latest evacuation levels at the Wasco County Sheriff's Office Facebook page. The Red Cross has opened a shelter at The Dalles Middle School. Residents searching for a place to house livestock can find a list of resources here.

A community meeting was held Saturday evening in Dufur and can be viewed here. 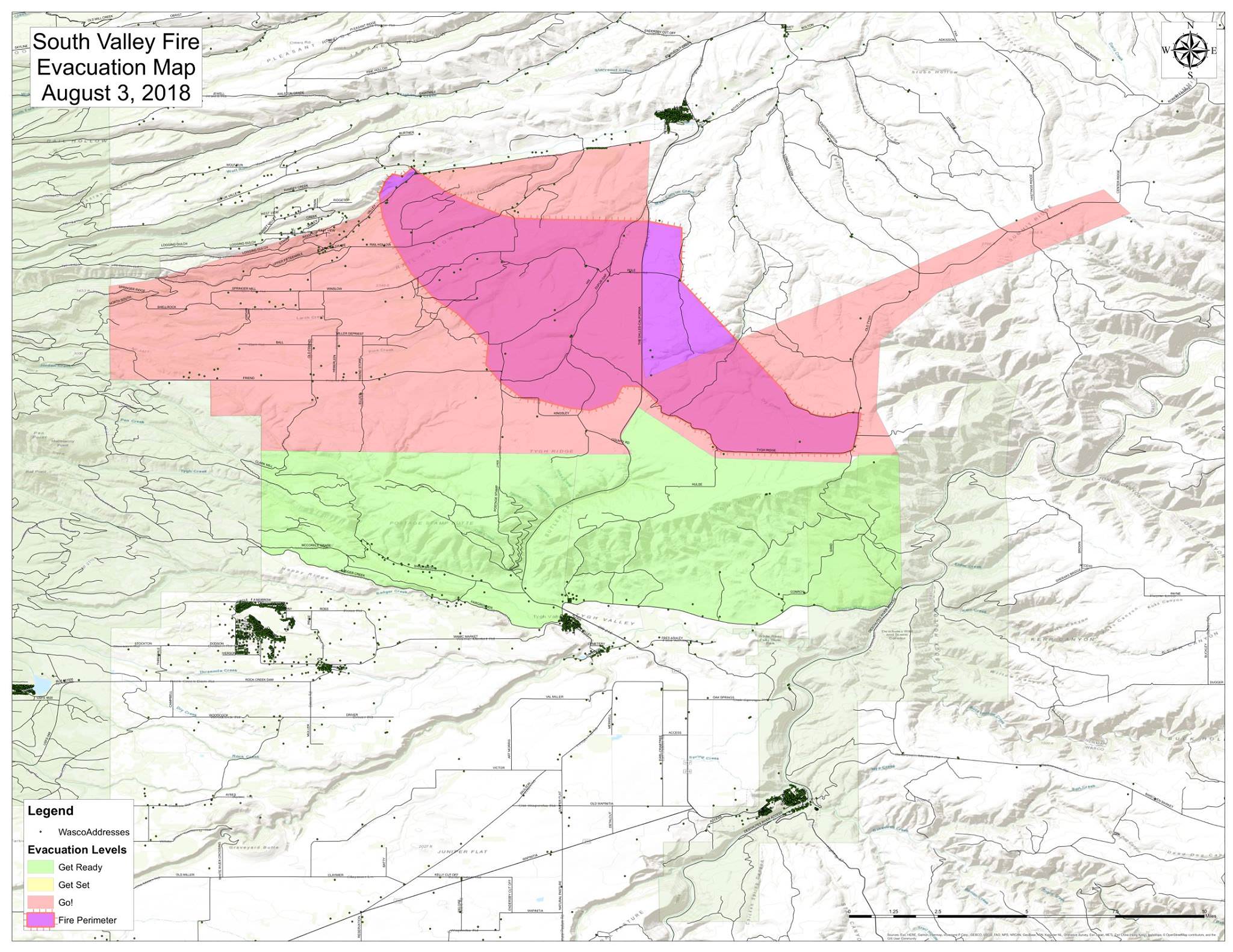 No injuries or deaths have been reported.

The fire started around 1:30 p.m. Wednesday. Wind drove the fire about five miles southeast during a four-hour period, during which it crossed Highway 197. A 20-mile stretch of the highway was closed Wednesday but reopened Thursday morning. Latest traffic closures on TripCheck

Fire officials say the fire was likely human-caused. Neighbors told KGW's Pat Dooris on Wednesday that the fire may have started in a shed and spread quickly.

Anyone seeking information about the fire can call the fire information line at 503-597-8076. Donations are being accepted by the Salvation Army and Red Cross.

The South Valley Fire is the latest high-profile fire to burn in Wasco County over the past month. The Substation Fire and Long Hollow Fire combined to burn more than 100,000 acres. 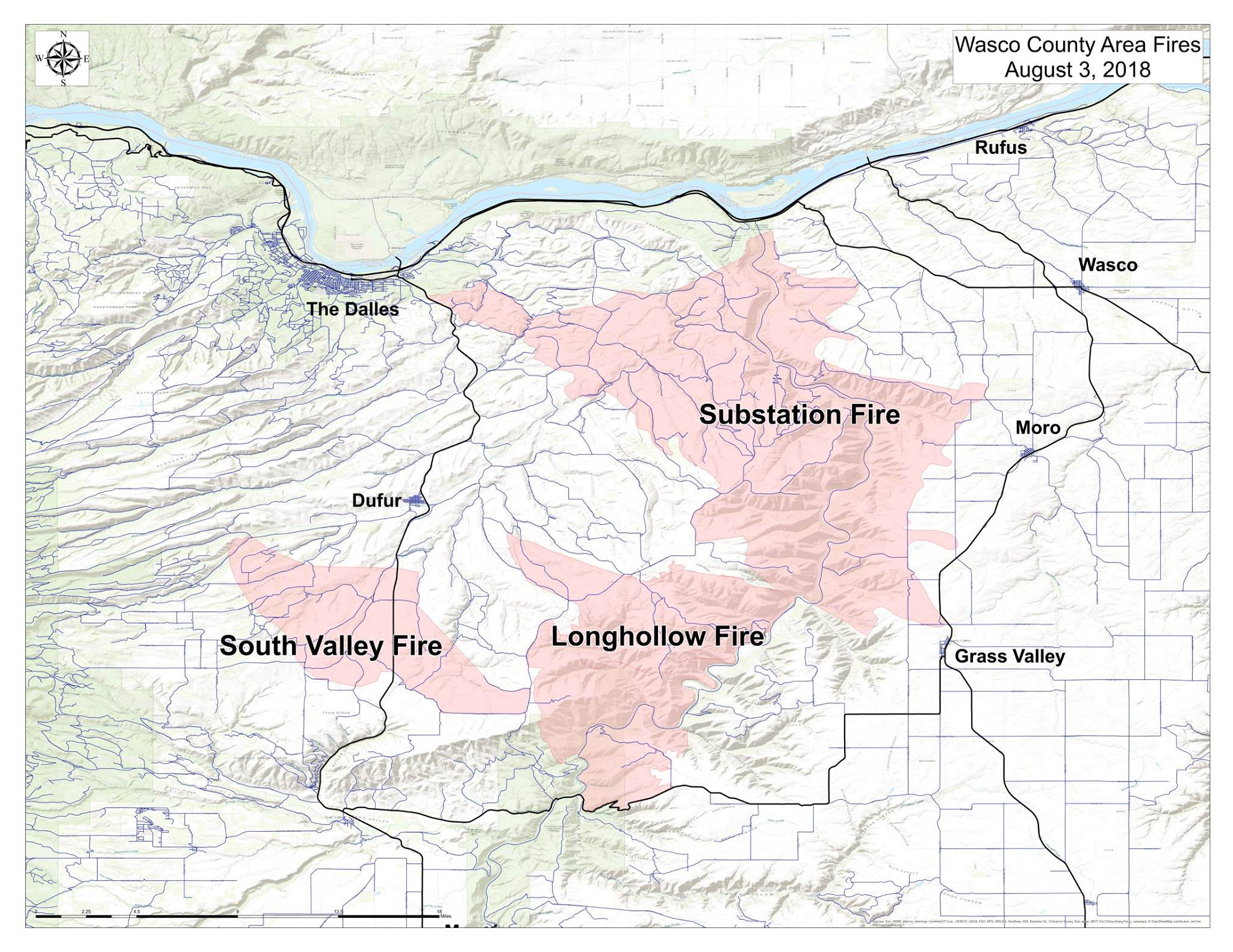 Be Ready, Set, GO! Evacuation Information by KTVL on Scribd