David Russell, a doctor in Paradise, California and a native of Eagle Creek, Oregon, helped save a new mom when wildfires swept through their town. 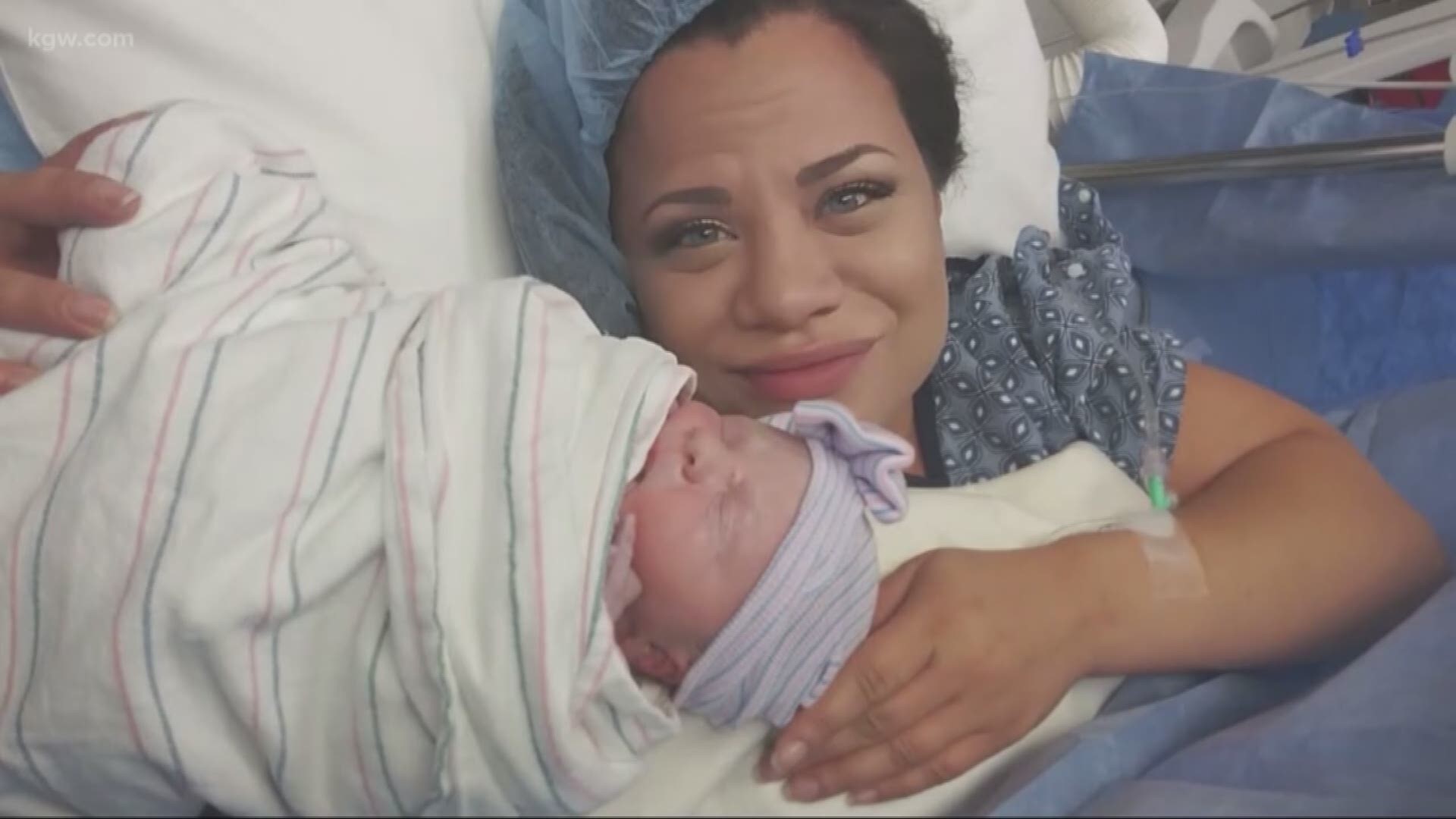 PORTLAND, Ore. — The story is impossible to forget. A California mom who had just given birth, forced to flee as wildfires raged around her.

First, via ambulance, then carried on a stretcher by nurses, EMTs and a total stranger. It turns out the stranger was a doctor with ties to the Portland area.

David Russell is a native of Eagle Creek, Oregon and a pediatrician at Feather River Hospital in Paradise, California. Russell said the day the fires started in Paradise, Thursday, February 8, started like any normal day.

Russell said he got up, got ready for work and walked out his front door to head to the hospital. That’s when he knew something was wrong.

“I saw this plume of smoke coming over the trees,” he said. “I told my family there's a new fire and that I was going to go check on the patients at the hospital.”

When he got to the hospital, evacuations were already underway. Staff was scrambling and Russell moved into help.

With flames fast approaching, though, Russell was ordered to leave too.

He got into his truck and encountered a new problem.

“It was bumper-to-bumper traffic,” he said. “I didn’t have anywhere to go.”

Hearing explosions behind him, Russell abandoned the truck and ran, thinking of saving his own life. He couldn't have known he was about to help save someone else.

That patient was Heather Roebuck. She was the mother of the last baby born at Feather River Hospital before the fire started.

Roebuck’s husband had already evacuated with their newborn daughter. Roebuck, though, had just undergone a C-section and needed an ambulance.

“Sheer terror,” she said, describing her thought process when she realized she needed to evacuate so soon after giving birth to her daughter.

“I didn’t know what was going on,” Russell said. “She said, ‘Get me out of here, my legs don't work,’ and I thought I have no idea who she was or what her medical condition was but I knew her legs didn't work. We were going to carry her out, that's all we needed to know.”

And carry her they did, to a nearby empty house, where EMTs, nurses and others were already working with hoses and gardening tools to keep the fire at bay.

Russell joined in. Miraculously they were successful.

As for the ambulance, Russell later went back with his dad and found it destroyed, along with his truck.

Russell said the timing of the encounter was extra poignant. “We’re expecting our third child her just any day now,” he said.

With that in mind, Russell said he's grateful for those out there protecting homes and families around the clock.

“What I was a part of, pediatrician turning into a firefighter for a little bit, you know I just did that one time, and they're out there every day,” he said. “So hats off to them as they're continuing their work there in the fire zone.”