For the second year in a row, a wilderness area in southwest Oregon has given birth to a megafire. 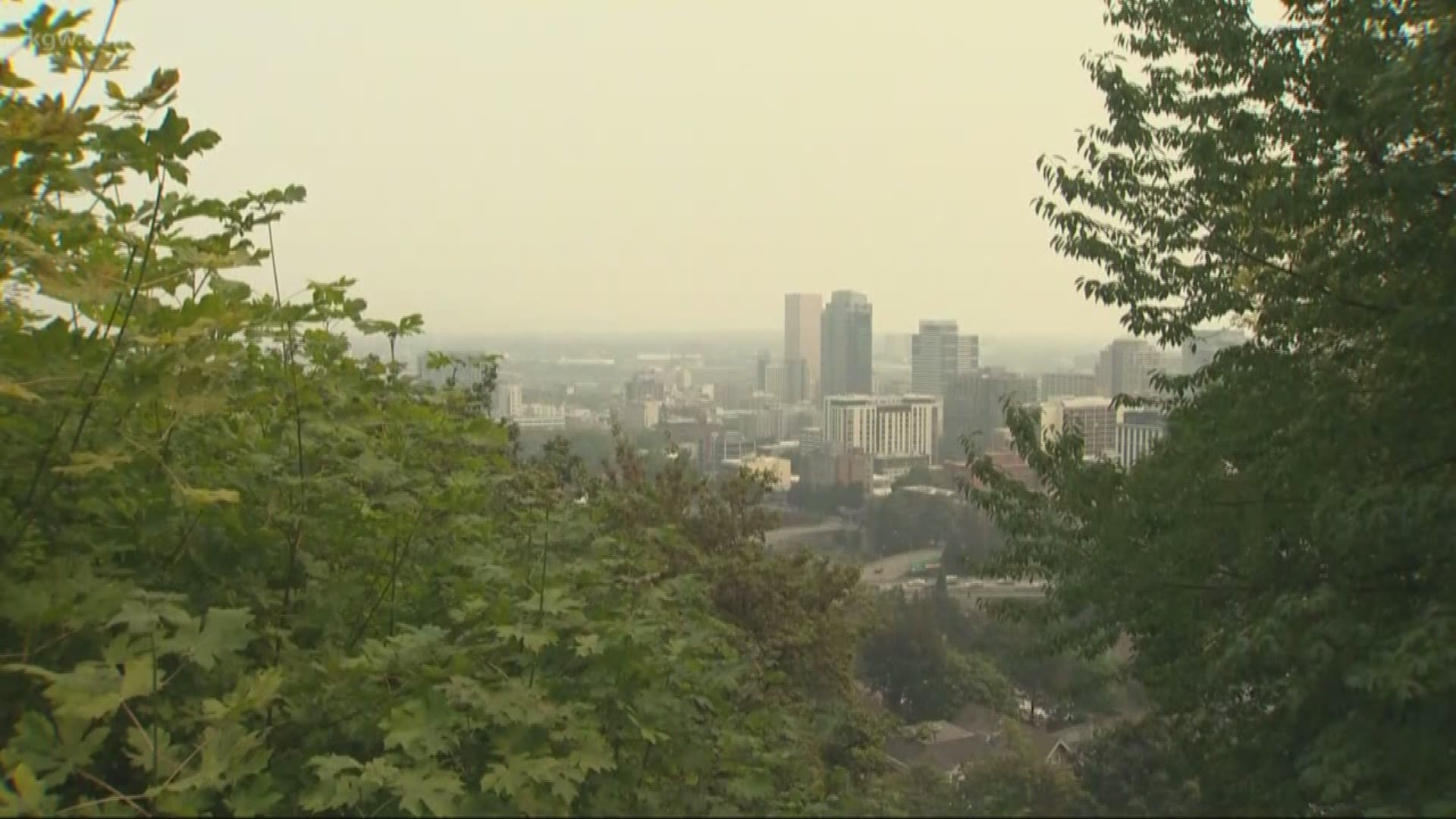 For the second year in a row, a wilderness area in southwest Oregon has given birth to a megafire.

The Klondike Fire grew to 100,000 acres Wednesday night, leading to its classification as a megafire.

The National Interagency Fire Center officially defines a megafire as a one that burns at least 100,000 acres.

The Kalmiopsis, one of the wildest places in the United States, is a difficult place to fight fires, given its steep terrain, lack of accessibility and occasional high winds known as the Chetco Effect.

The Klondike Fire is 40 percent contained, primarily near the most populated areas west of Selma and Cave Junction along the Redwood Highway 199 corridor.

But in the past week, the fire has moved northwest over rugged and inaccessible terrain toward the coast, threatening the small outpost of Agness.

A level 2 evacuation remains in effect for that area, including the historic Lucas Lodge, which has been in business since 1903.

"Fires aren’t something that are new to us, but when they get this close they threaten not only our community but our livelihood as well," said Lindsey Bosman, daughter of a family that owns the lodge and has lived in Agness for seven generations.

"We are being cautiously optimistic," she said. "But to think that a wildfire of this magnitude could potentially take that away makes us all very emotional and on edge."

klondike ... by on Scribd

The growth of the Klondike Fire has been gradual. It originated as two small wildfires — the Klondike and Granite fires — before they grew together.

The fire is named for Klondike Creek, a tributary of the Illinois River located west of Selma and U.S. Highway 199.

Officials originally hoped to put the fire out immediately.

When the fire was less than 7,000 acres, the U.S. Forest Service approved using bulldozers and retardant inside wilderness boundaries — something that requires special permission — in the hopes of containing the blaze.

“It’s way too early in season (to let it burn), and we don’t want it getting away from us this early on,” Celeste Prescott, public information officer on the Klondike Fire told the Statesman Journal earlier this summer.

“We’re planning to put the fire out, as safely as possible.”

High winds pushed the fire out of the wilderness and toward U.S. Highway 199. The fire eventually merged with the Taylor Creek Fire, the more high-profile wildfire for most of the summer.

The most intense firefighting was focused on keeping Klondike away from the communities of Selma and Cave Junction — an effort that was largely successful. The fire hasn’t burned any homes so far, officials have said.

But the fire’s continued burning has played a big role in the often unhealthy air quality funneled down into the Rogue Valley.

Medford broke its record for the most days with “unhealthy” air quality this year with 24. That tops last year’s 15 days of unhealthy air, the second most recorded since 2000.

Given its large size, it’s unlikely Klondike will be out until a significant rain event hits Southern Oregon. The “estimated containment date” is listed by fire teams as Oct. 31.

"All we can do right now is wait," Bosman said. "It puts our family at ease knowing we have the support of each other to protect not only our lodge but our small but strong community as well.

"We are grateful for all the emergency personnel working tirelessly to protect our homes."

The Terwilliger Fire burning east of Eugene around Cougar Reservoir grew to 7,572 acres by Thursday morning.

The blaze has continued to expand southward and along Hardy Ridge in what firefighters called very "rough terrain." The fire also moved east across Sawtooth Ridge, throwing up smoke that settled in the McKenzie River corridor.

Because of the active fire, officials expanded and extended a closure of campgrounds, hiking trails and other recreation sites near Cougar Reservoir. 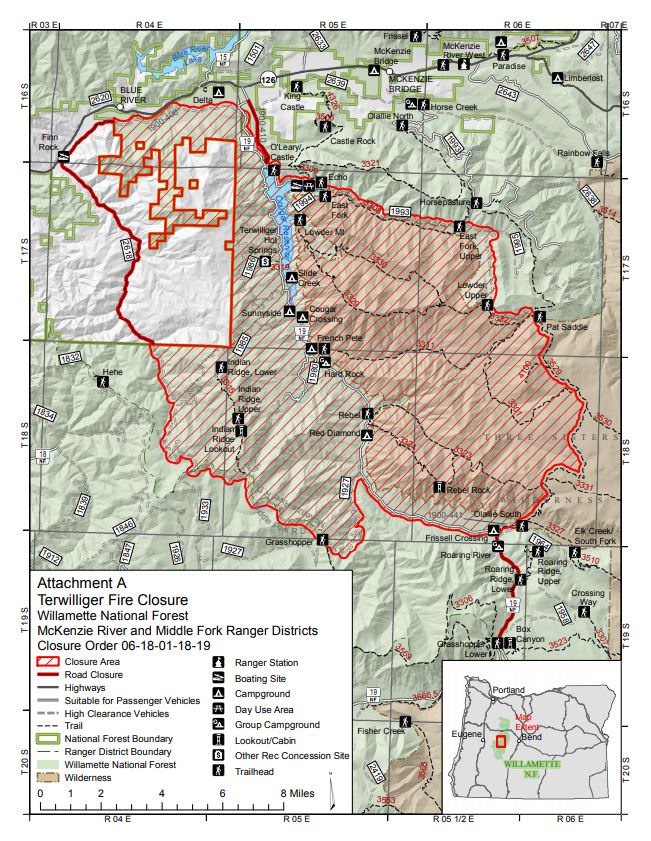 There are now 38 different recreation spots closed, officials said in a news release.

“Public and employee safety and security are foremost on our minds," Forest Supervisor Tracy Beck said in a statement. "This extended closure will help crews implement strategies and tactics where and when they can be safe and successful.”

Closed roadway: From Highway 126, the area closure begins where Forest Service Road (FSR) 19 intersects with FSR 1900-408 and continues south to Box Canyon. All roads, trails and campgrounds that fall within the closure area are closed. The closure does not include Oregon State Highway 126.

Echo Day Use and Boat Launch