"Without the knowledge and expertise of the wheat farmers, we would not be where we are today," the governor said. 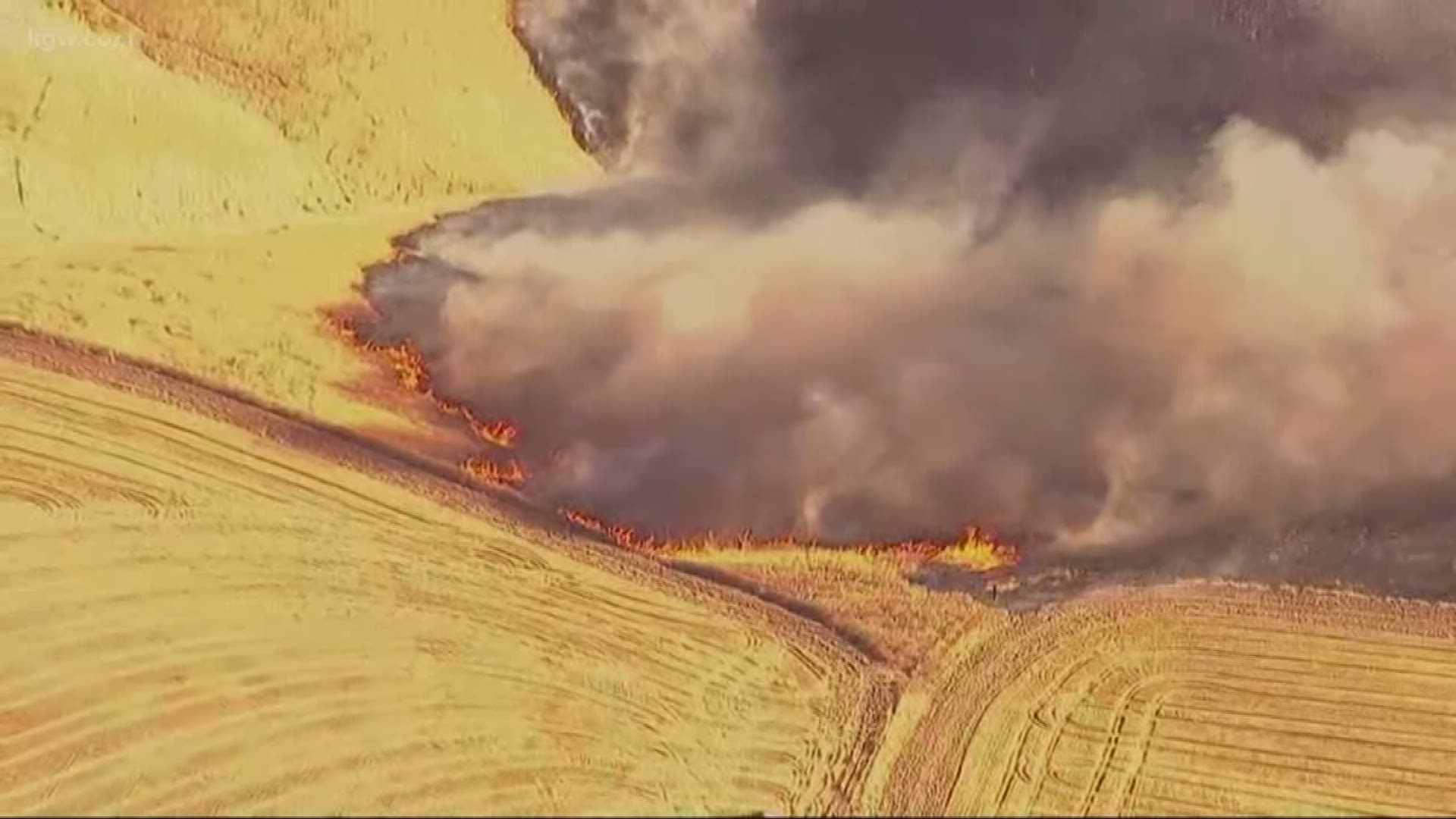 More than 300 firefighters are battling the blaze, which has burned more than 80,000 acres southeast of The Dalles. But Brown said containment of the fire, which stands at 44 percent, would not be the same without the assistance of local farmers.

“The wheat farmers of Sherman and Wasco counties were instrumental in fighting this fire,” she said. “Without the knowledge and expertise of the wheat farmers, we would not be where we are today.”

Oregon State Fire Marshal incident commander Ian Yocum said getting the fire under control has been a team effort with contributions from federal, state and local resources.

“From the farmers to the firefighters, this was a group effort,” Yocum said.

The fire caused the death of one farmer, 64-year-old John Ruby. The Wasco County Sheriff's Office said Ruby's body was found Wednesday afternoon near a burned tractor. It appears he was trying to create a fire line and died from exposure to the fire, deputies said.

“We extend our sympathies to the family and the community impacted by the death caused by the fire,” Brown said.

The fire has been especially detrimental for wheat farmers, whose crop looked particularly bountiful this year. The wheat would normally be harvested within the next 10 days.

"I've heard that some people have lost literally everything. ... You've got two years' worth of effort that's coming down to a two-week harvest, and all your time and care and effort for the land is wasted," said Logan Padgett, a fifth-generation wheat farmer.

Brown said Sherman and Wasco counties are the bread basket of Oregon and instrumental to the state’s economy. She said the state will do what it can to help those affected by the fire.

“We look forward to providing you the tools and resources you need to recover from this devastating wildfire,” Brown said.