When will the smoke in Portland clear? Gradual improvement Friday with big change expected this weekend

KGW Chief Meteorologist Matt Zaffino said Portland and Western Oregon will be trading the smoke for clouds and rain, and we'll notice the effects over the weekend. 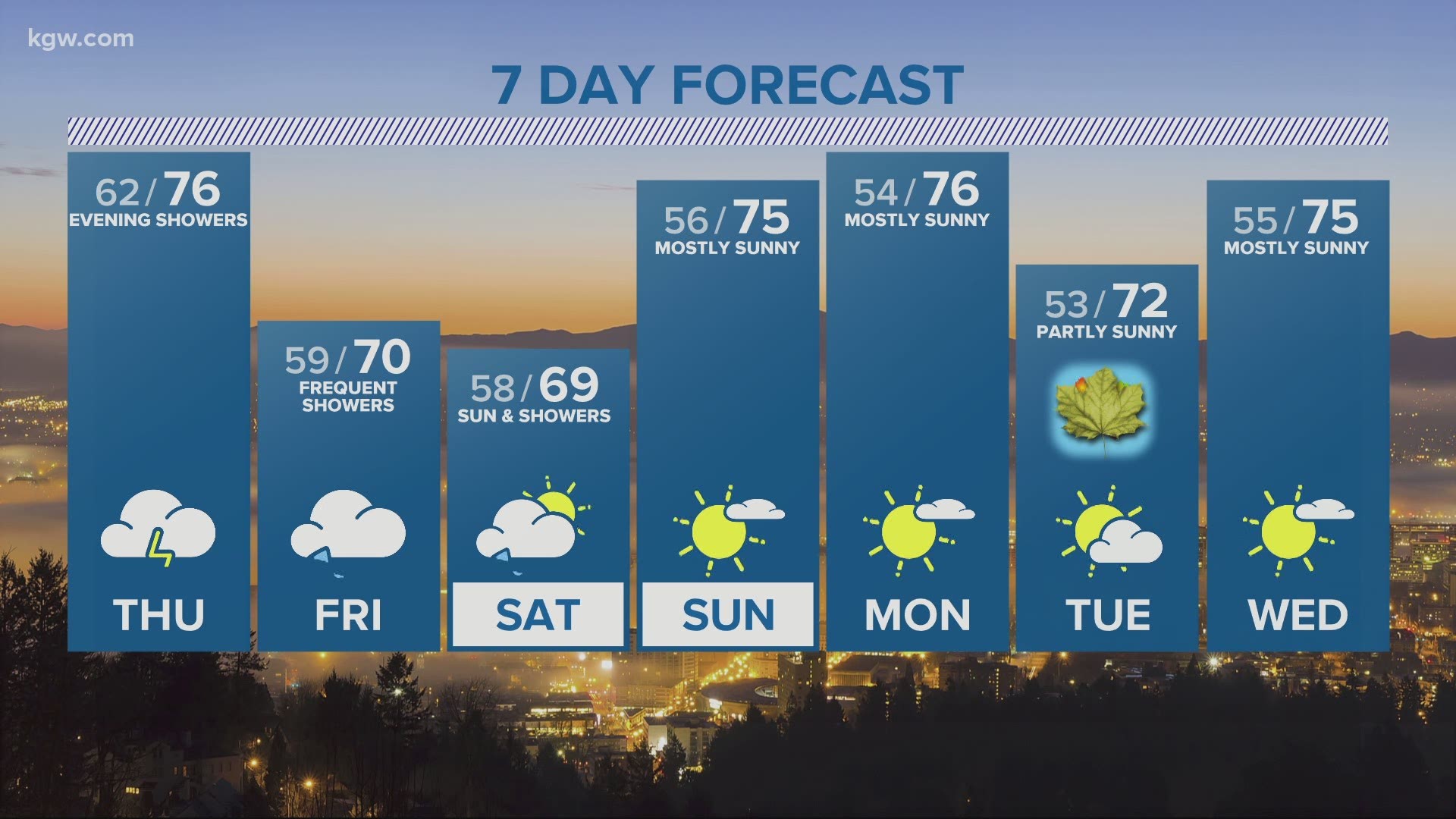 There should be some change though in the coming days, according to KGW Chief Meteorologist Matt Zaffino.

“Would we ever trade clouds and rain and wind for smoke, and you know what, that’s exactly what we’re going to do,” he said.

Smoke, and likely unhealthy air, is expected to stick around on Thursday. There may be minor improvements Thursday evening.

An offshore system will move inland Thursday night and Friday, Zaffino said. The main change begins on Friday when the smoke is expected to start breaking up. Zaffino said to expect gradual improvement before the weekend arrives. Smoke forecast models show what appears to be a thinning of the smoke in Portland and Western Oregon on Friday.

Credit: KGW
Smoke forecast in Portland and Oregon on Friday at 6:30 a.m.

The noticeable improvement comes over the weekend, according to Zaffino. He said that’s when the smoke is going to get pushed by the offshore system coming from the Northwest, which will bring cooler and smoke-free air.

Credit: KGW
Smoke forecast in Portland and Oregon on Saturday at 8 p.m.

Credit: KGW
Smoke forecast in Portland and Oregon on Sunday at 3 p.m.

Rainfall is also expected in the coming days. Portland could get up to a half-inch of rain by Saturday night and Salem could see up to a quarter-inch.

“It may not completely end fire season but it will greatly diminish the fires and fire season will have been dealt a good blow,” Zaffino said.

RELATED: VERIFY: Is the smoke from wildfires impacting my water? Will ash hurt my car?