The Pacific Northwest grows most of the world's cherries and there is concern about what will happen to the crop this year. 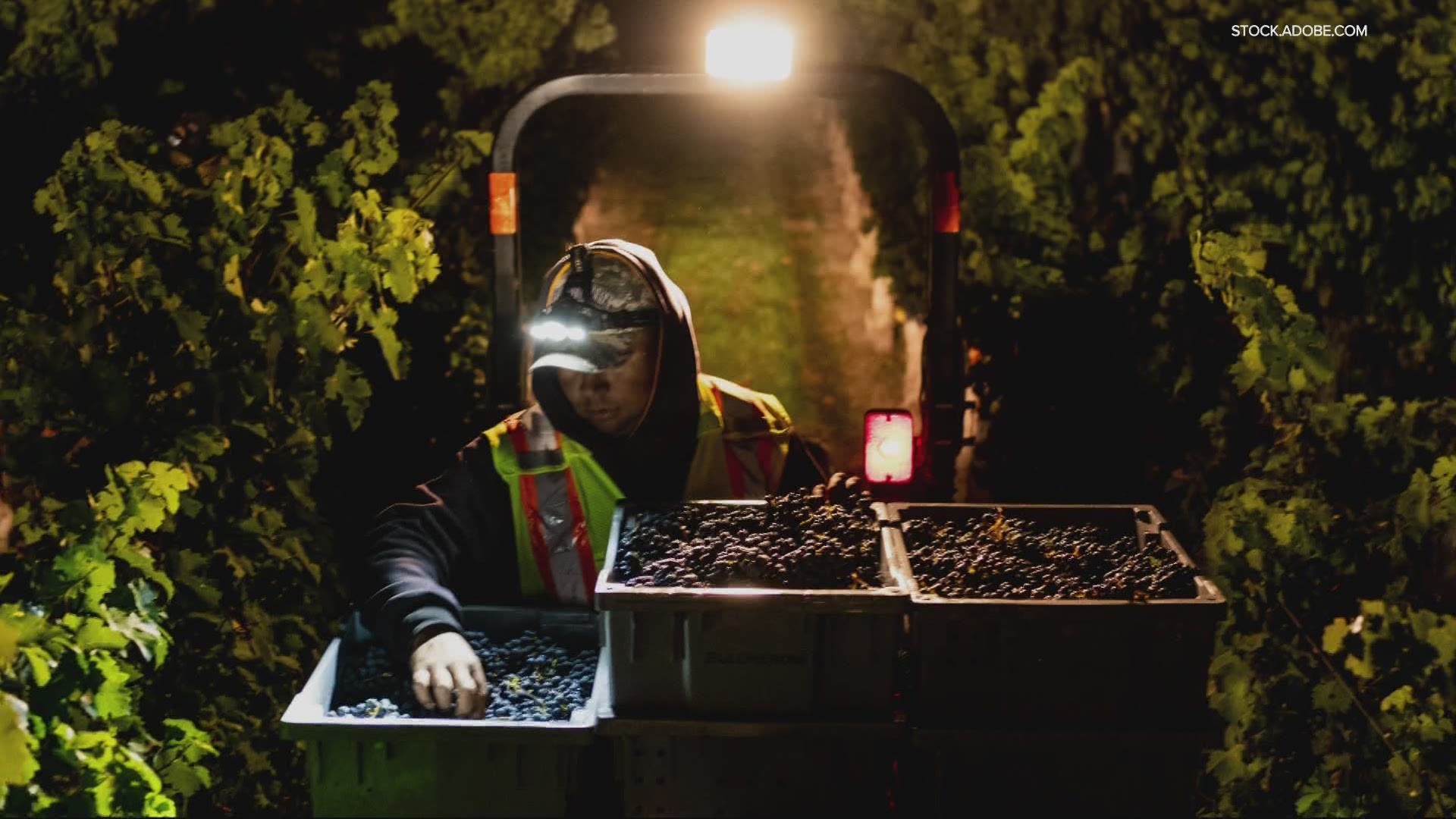 YAKIMA, Wash. — The Washington State Fruit Commission is working to track the impact of June's historic heat wave on various crops, with millions of dollars on the line.

"Never seen it get this hot," said president B.J. Thurlby.

Thurlby is also part of NW Cherry Growers. He said so far, cherries harvested over the scorching weekend are still of high quality.

This year's crop is estimated at about 230,000 metric tons, mostly grown in Washington and Oregon. That comes out to tens of millions of dollars on the line for local and regional farmers.

"Cherries are like people. When it's really really hot, we slow down. So the cherries' sizing process slows down," Thurlby said. "Similar for apples and pears."

He is now waiting for more reports by Friday to see if sustained temperatures over 100 degrees will damage fruit crops.

"And we don't know, because we've never been there," he said.

In 2017, a heat wave in the Yakima area subjected crops to 105 degree weather for five straight days. Thurlby said cherries maintained their quality that year, so he hopes the same will happen through this hotter weather event.

Another crop in the Pacific Northwest feeling the heat is wheat. However, it has suffered for longer through ongoing drought over the last few years.

"Our producers are completely dependent on moisture that comes from the sky," said Amanda Hoey, CEO of the Oregon Wheat Growers League. "Not the best news for Oregon wheat producers."

She said without enough water, wheat does not grow as big, resulting in less grain yield.

Another concern with the dry foliage is fire danger. In 2018, the deadly Substation Fire tore through tens of thousands of acres of Oregon wheat.

With temperatures at least 100 degrees forecasted over the next week in much of central and eastern Washington and Oregon, some farms are taking precautions.

He said the shift if necessary during the busiest cherry harvest time between June 15 and July 15.

"Absolutely at the very peak of our season right now," Thurlby said. "If a grower were to pick the time he'd rather see heat, it would be August."

However, for now, he said "so far, so good" about the cherry crop, expressing hope farmers can weather the heat.

RELATED: Yes, your ceiling fan should spin counterclockwise if you want to feel cooler