Thousands flock to Portland waterways to beat the heat

Barton Park closed on Sunday as thousands of people arrived to float on the Clackamas River. 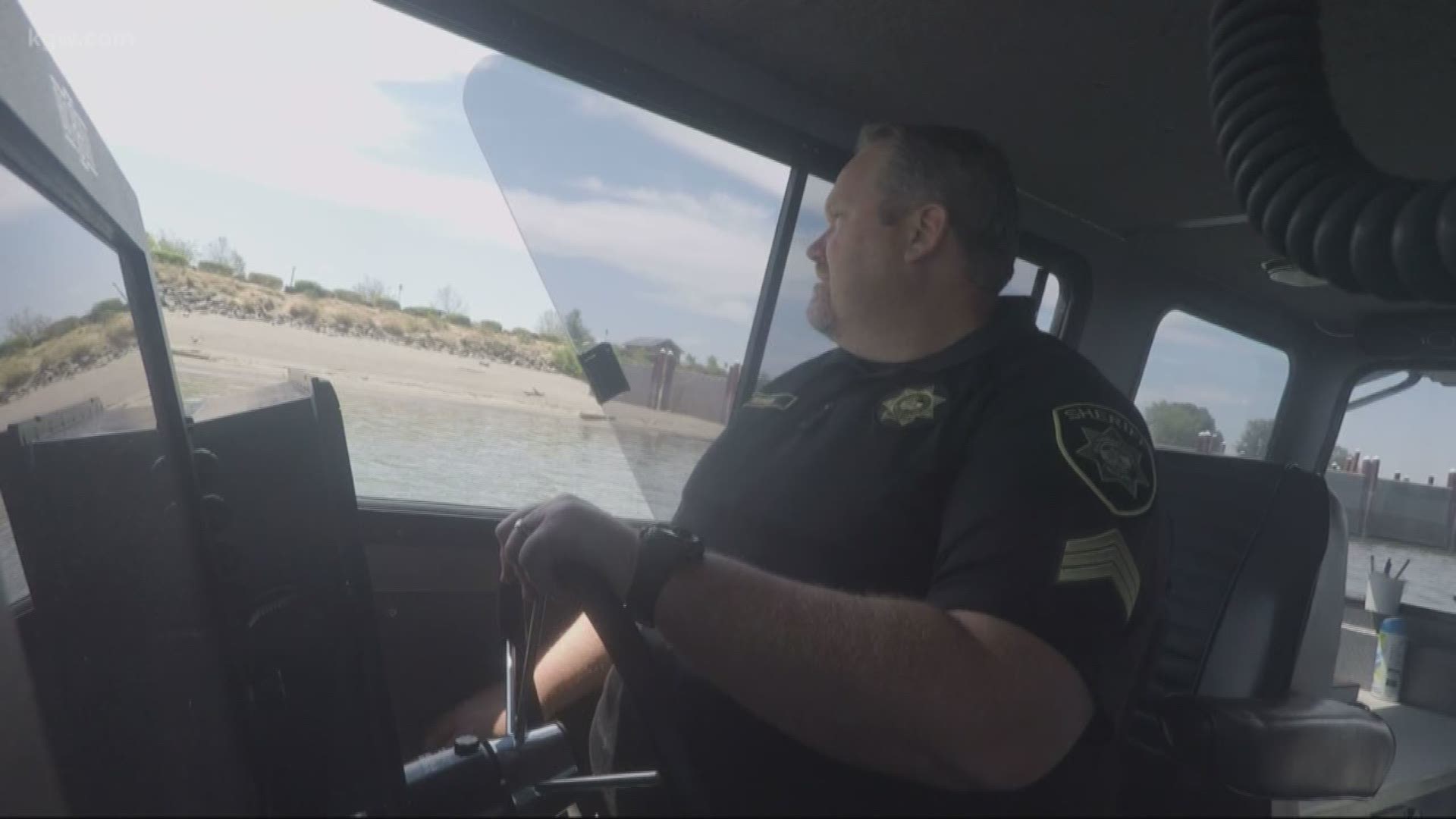 CLACKAMAS COUNTY, Ore. – Thousands flocked to the Clackamas River to beat the heat Sunday. By 11 a.m. Sunday, Barton Park was at capacity and had to be closed for several hours

“It's hot. Everybody's out here. It's too hot to be home,” said Tanner Jackson about why he decided to float the river.

“It’s just a madhouse trying to find people, the roads are packed, you’ve got delays on the area up to an hour plus,” said Deputy Hayden Sanders. "Just trying to keep people safe, sober, both on the roads and on the waterways."

100 degrees in Portland: Here's how to beat the heat

Barton Park is packed today as people try to beat the heat by floating the river! @ClackCoSheriff says the park was at capacity earlier today & estimate about a thousand people had to be turned away because it was so crowded. pic.twitter.com/smAa8UWCdO

“Oh, we’re in the thousands, yeah, and that’s probably just counting people that have made it to the river. We’ve turned away hundreds and hundreds more,” Sanders said.

There was a constant stream of cars packed full of floaties and people heading toward the water.

“It was pretty hot, but when you got in the water, it was all gone,” said Bella Aponte about floating the river.

One kayaker said the Clackamas River was the busiest he had ever seen it.

“Millions, it was a sea of humanity over the whole river,” kayaker Eric Holte explained Sunday. “We came on the Fourth of July and there was maybe 10 percent of the people that are here today. Just thousands, it was unbelievable.”

From Barton Park, people float to Carver Park, where it was also a mess of traffic, floaties, and a lack of parking as people got out of the river.

"It's pretty wild, you know, we're just trying to beat the heat, get some water on our skin, and it's kind of a pain, but it's all good,” said Mateo Malone about trying to get down to the water.

Across town it was no different. The Sandy River in Troutdale was also packed with people trying to stay cool.

“Glenn Otto Park is usually the busiest,” said Gresham Fire Department Lieutenant Ryan Miller. “It was packed to the gills when we drove by and we looked at the river levels and the amount of people. They're everywhere down there.”

Parking at Glenn Otto was completely full for several hours Sunday afternoon. But the park never closed, according to the Multnomah County Sheriff’s Office.

It was not just the rivers that drew large crowds in the weekend heat, splash pads and fountains within in Portland city limits were crowded as well. At Jamison Fountain, even adults took advantage of the water, sticking their feet in as kids splashed around.