Utilities say there will be plenty of power during heat wave

Spokespeople with Pacific Power and Portland General Electric say they're prepared for the record heat and don't expect to encounter any issues. 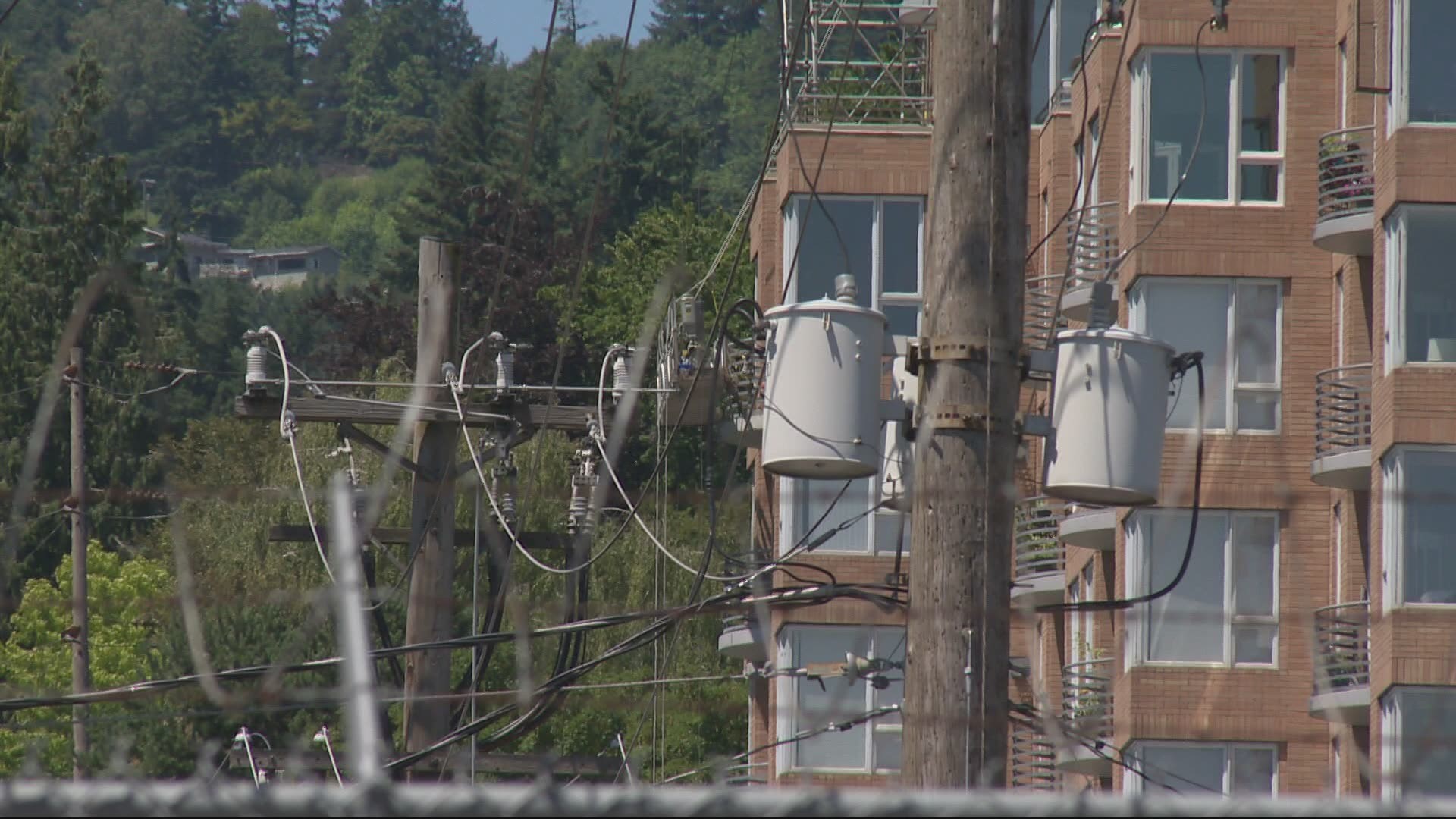 With a potential record setting heat wave approaching, it makes sense to ask if we will have enough electricity.

RELATED: How this upcoming heat wave could be historic

“There should be enough power. We have no indications that that’s an issue for us. Of course we’re monitoring closely and at this point do not see any issues in continuing to serve power to our customers,” said Andrea Platt, spokesperson for Portland General Electric.

“So heat waves are something that Pacific Power prepares for every year – so it’s not new to us. We’re ready for this but we aren’t anticipating any power supply interruptions due to the heat,” he said.

Hanson pointed out that Pacific Power is part of PacifiCorp and could get extra electricity from utilities in 10 different states.

It is worth noting PGE shut down its coal burning electricity making plant in Boardman, Oregon last October. The move was terrific for the environment but took out a reliable source of electricity for a half million homes.

RELATED: Will there be enough electricity after coal plants shut down?

PGE is buying more hydro power to make up the difference.

Platt said it is also ready to tap into the backup generators of big companies that are part of a plan, if needed.

“We’ll make sure that we’ve got all resources on standby including our dispatchable generation resources. And that’s where we work with our large customers and institutions to potentially tap their generators if we need additional power to the grid,” she said.

Which is not to say you should blast your air conditioner at all hours unless you want to pay a hefty power bill.

Here are some tips to help you and the grid.

"Shift your use," said Platt.

“So if you’ve got to run laundry or do dishes in your dishwasher- think about doing that in the off hours- late at night when things are cooler or earlier in the morning. Capture that cool nighttime air. So turn off your air conditioning at night. Those things are small things that can make a big difference in your power bill,” she added.

And maybe consider getting a little uncomfortable.

“Set the thermostat as high as comfortably possible. A good range for that is about 78-degrees when you’re home and then when you’re leaving crank it up to about 85,” said Hanson with Pacific Power.

PGE also has a power-saving program involving what’s known in the industry as 'demand-response.'

It asks customers to allow the utility to control their smart thermostat. The company can then increase the temperature in the home during the hottest part of the day which lowers the need for power across the system. The program is voluntary. PGE already used it earlier this week and will likely use it again during the hottest days of the approaching heat wave.