'Sounds like the ocean out there': Floodwaters close Highway 34 in Corvallis

The Willamette River swelled 16 feet in just six days. The result is a nearly two-mile section of Highway 34 that is closed. 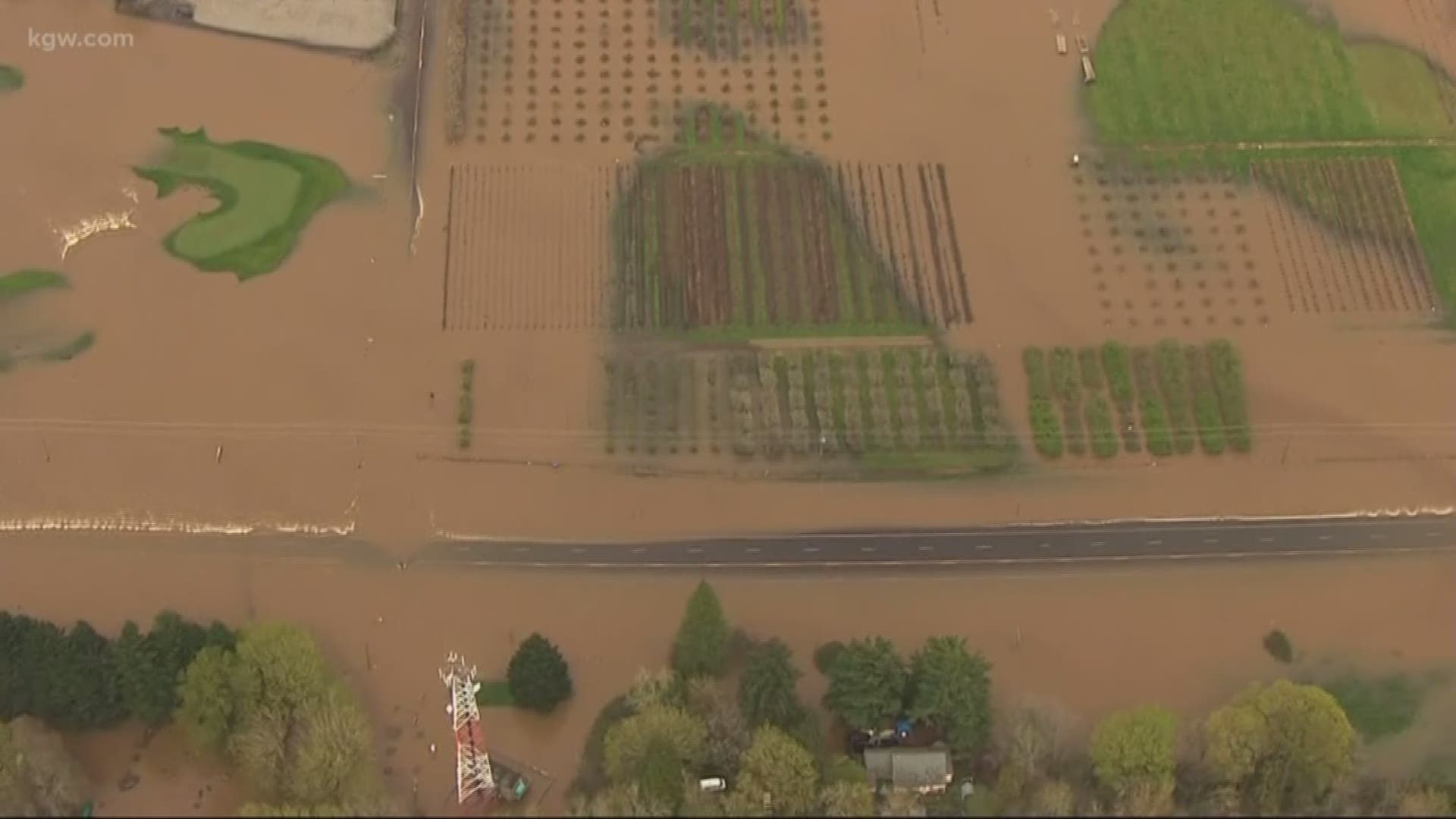 All of the problems were on the east side of the river. Oregon State University in Corvallis was not affected.

From the air, we spotted a small store with water a quarter way up the door.

Nearby, we saw a home on high ground with a bit of grass around it but beyond that a lake of brown floodwater spread out in all directions.

And water flowed so deep over Highway 34 that it even caught some fish who fought to swim back up stream.

It’s the sort of day where fields become ponds and neighbors floated yellow rafts in the middle.

Those who live nearby were watching closely.

The Willamette River swelled 16 feet in just six days, fueled not only by rain, but by releases from Army Corps reservoirs upstream which also got more water than they could handle and released water that flowed into the Willamette.

The result is a nearly two-mile section of Highway 34 that is closed.

A well-known fruit stand along Highway 34 is one of many areas flooded and where fire crews were called this afternoon to rescue four people who needed help getting out.

The water spread out a long way overnight and created a mini waterfall on the north side of the highway.

“Sounds like the ocean out there,” said Susan Cartwright, who has lived in the area for 50 years.

Oregon's Department of Transportation offered drone shots revealing there is a more than a little river water flowing over roads and pastures here along Highway 34.

It has dragged logs onto the highway. And everywhere you see brown water there is brown silt along with it that will be left behind when the water finally starts to go back down.