Will it snow in Portland on Thanksgiving? Don't freak out over your phone's forecast, Matt Zaffino says

Some forecasts call for snow in the Willamette Valley but KGW's Matt Zaffino says there are reasons to be skeptical of that possibility. 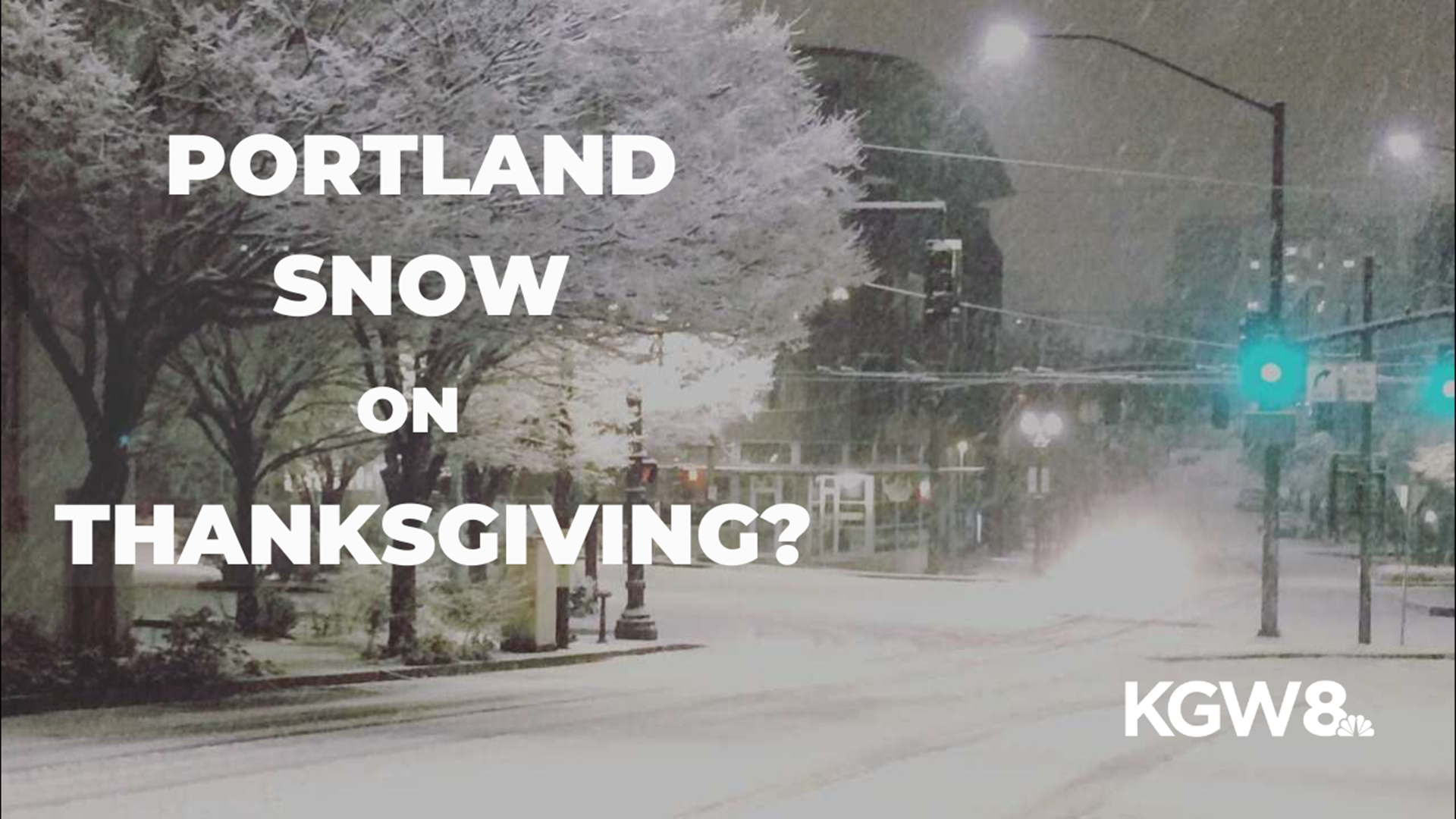 PORTLAND, Ore. — Why am I seeing snow on the weather app?!?!? OMG is Portland going to shut down and is my trip over the river and through the woods to grandmother’s house going to require a sled? A dog-team? Or at least traction tires or chains?

Here’s the deal: we’re going to see a change on the large scale weather pattern beginning this weekend. The models often struggle nailing down the details of large scale pattern changes. Most weather apps are simply regurgitating model output. That is putting the model's forecast into an app friendly display, and that’s what you see. There’s no human brain touching that forecast, and that’s especially dangerous when the day in question is out beyond seven days. Keep an eye on that app, I can all but guarantee it changes in the next few days. I’ve already seen the model guidance change dramatically for next week.

So, what to expect?

Yes, it’ll get colder next week, and snow levels Monday and Tuesday will drop down to about 2,000 to 3,000 feet. There will be snow in the passes those days. After that, it dries out on Wednesday, and it may actually stay dry through the long weekend.

But again, that’s beyond seven days out, so that forecast is totally subject to change. But I seriously doubt it changes to include valley snow. It’s rare. It’s often difficult to forecast one day in advance, let alone seven to 10 days in advance.

RELATED: Expect 6 weeks of wet weather for Portland and good snowstorms in the Cascades