"Next week will mark the first period of time this winter when forecasters will be considering a snowy forecast," said KGW meteorologist Rod Hill. 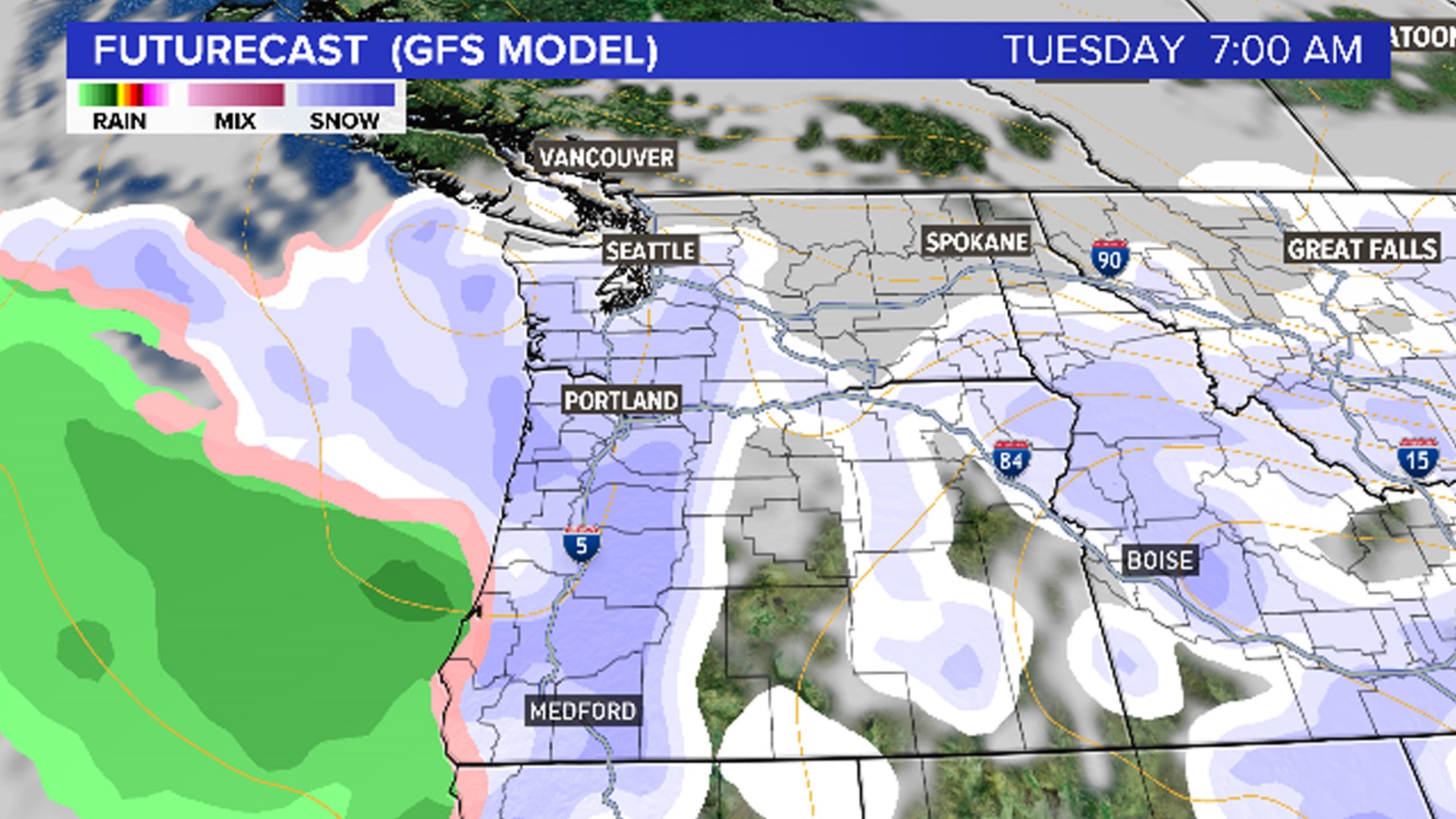 PORTLAND, Ore. — Snow levels over mountain passes should start lowering during the coming weekend, and the air in the Willamette Valley next week will be cold enough for a possible snow event, KGW meteorologist Rod Hill said Monday morning.

"A Friday cold front bringing rain and wind to Portland, and snow to the Cascades above 3,000 feet, will be the swing door that opens allowing cold air advection this weekend and much of next week," Hill said.

What that means for us non-meteorologists: Cold Arctic air will gather in Canada over the coming days and possibly spill southward over the Northwest much of next week.

And current forecast models show air cold enough for sea-level snow on Tuesday and Wednesday of next week.

"While a snow event is not a guarantee, next week will mark the first period of time this winter when forecasters will be considering a snowy forecast," Hill said.

He added that the trend of below-normal temperatures expected for next week could last through the first week of February.

"If Portland is going to see a snow event this winter, the coming three to four weeks will likely be our best opportunity," he said.

"Just this morning, Timberline and Meadows reached a 50-inch snow base for the first time this season,' he said. "Here's hoping the coming weeks will make up for what has been a slow start to the snowpack season!"