Surveying the damage the winter storm brought to Portland

The winter storms that moved through the Portland metro area from Thursday through Sunday brought down trees and power lines and knocked out power to thousands.

PORTLAND, Ore. — The snow and ice storms that moved through the Portland metro area from Thursday through Sunday caused a significant amount of damage, bringing down trees and power lines and knocking out power for hundreds of thousands of people.

Here's a look at reports of damage reported on by KGW:

Wind and ice brought down trees on the Enchanted Forest property:

Not many families have it harder than the Enchanted Forest founders in the past year.
Wind and ice have taken down trees on their Marion Co. property and ruined many childhood favorites.

This is after the pandemic shut them down, then the fires took 2 members of their family pic.twitter.com/9Njl722Y6O

A car caught fire near a downed power line in Southeast Portland:

My boyfriend took these pics in our neighborhood in Southeast #Portland: a car caught fire near a downed power line #icestorm2021 #portlandicestorm @KGWNews pic.twitter.com/ckWzYuByNo

Vehicles were driving under a downed tree and power line in Milwaukie:

This the third vehicle in the last hour we’ve seen drive under the tree and power lines down in Milwaukie. pic.twitter.com/qVMKPetnN2

SOUND UP: you can hear that the temps have warmed in Milwaukie

Ice chunks are dropping all around us!! pic.twitter.com/nAj10zETb4

Ann Loeffler sent us this photo of a tree hanging over I-5 in south Portland:

Check out this photo from Ann Loeffler of a tree hanging perilously over I-5 just before Exit 298 in south Portland. The active part of the winter storm may be over in the Portland metro area, but many roads are still treacherous. https://t.co/OI8Fpyr48B pic.twitter.com/3L2oEm7X1z 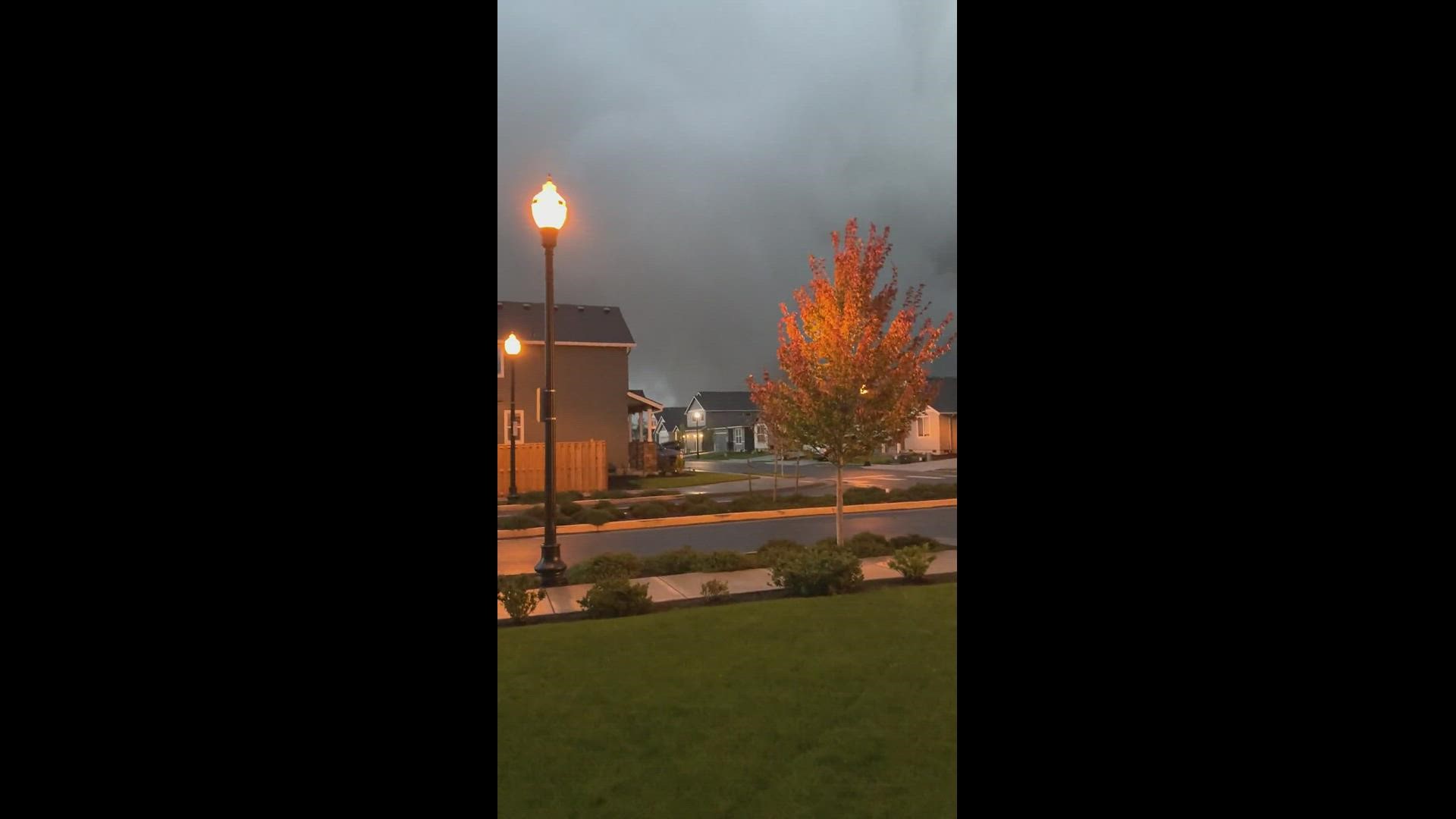