Here’s a look at the status of some of the most-used highways and roads in the region. 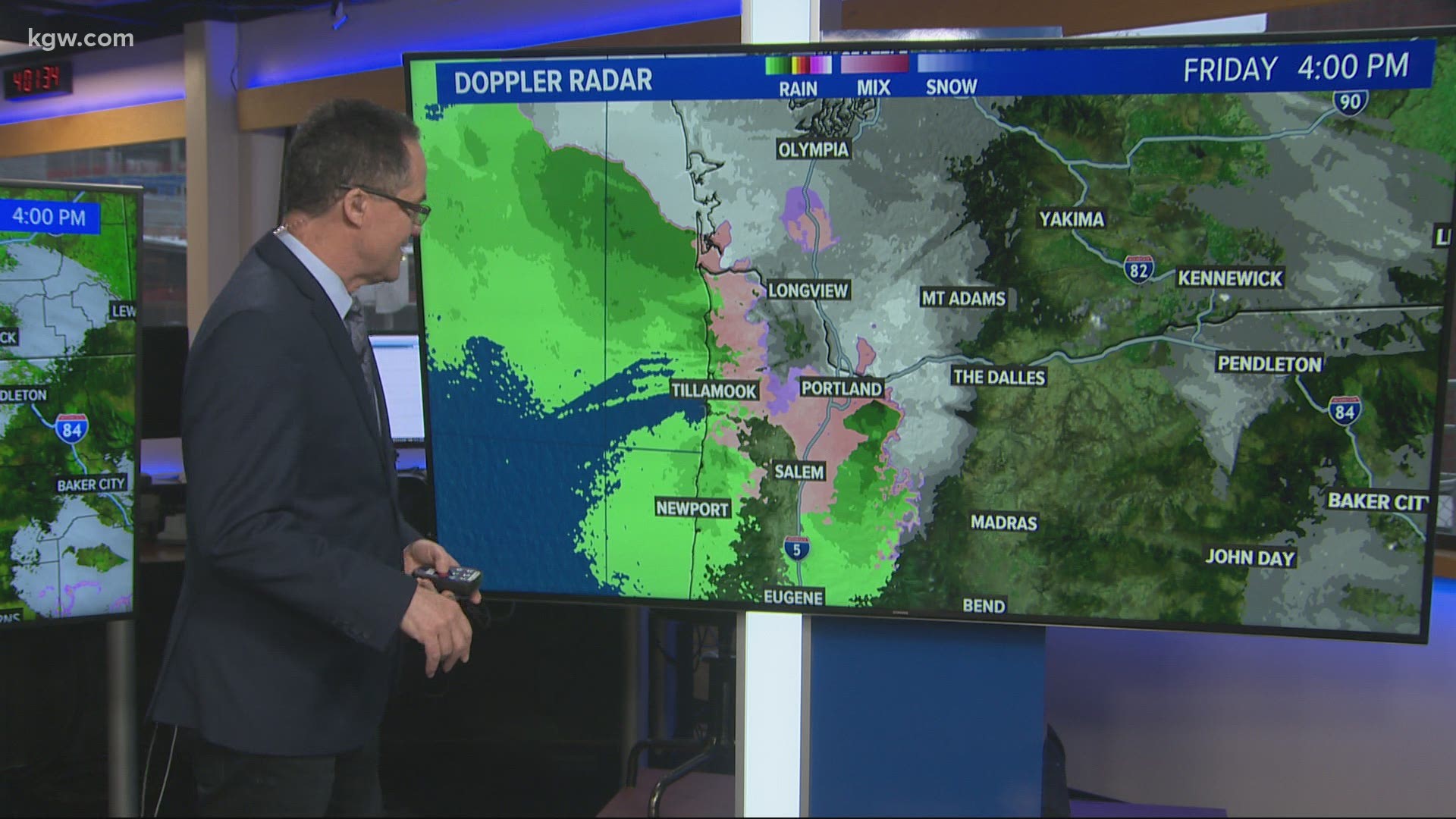 PORTLAND, Ore. — Editor's note: This story was last updated Friday, Feb. 12, at 4:49 p.m. It will no longer be updated. Get the latest Portland snowstorm traffic updates here.

Snow and freezing rain from a winter storm have led to snow-covered roads in the Columbia River Gorge and traffic issues in the Portland metro area. Roads are getting icy, so be cautious if you're driving.

Here’s a look at the status of some of the most-used highways and roads in the region.

The interstate is open in both directions. A crash earlier Friday afternoon had closed the eastbound lanes near Multnomah Falls but the crash has since be cleared and the lanes reopened.

Driving west on I-84 through Cascade Locks. It’s snowy and there are slick spots on the road. Very little eastbound traffic due to an accident near Multnomah Falls. pic.twitter.com/gtC7gyu8Rx

There have been crashes reported on Highway 26 in the Portland metro area but the road is open.

Stalled vehicles Friday morning had closed the westbound lanes near the Oregon Zoo. Those lanes have reopened but the road is still icy.

Highway 26 WB is a mess. Shot this just now near the @OregonZoo exit. Multiple cars stalled along the side of the road. #kgwweather #PortlandSnow pic.twitter.com/n9DxCFneQe

The freeway remains open but there have been reports of icy roads and crashes.

The freeway remains open but there have been reports of icy roads and crashes.

There have been reports of crashes in Portland’s West Hills, a common problem area during snow events.

The Portland Bureau of Transportation has set up a chain-up area on West Burnside.

In case you need it, we've set up a chain-up area on West Burnside just east of Barnes Road near the Mt. Calvary Cemetery.

Chains are not required on West Burnside ** at this time ** #pdxtraffic #pdxtst pic.twitter.com/i4QqS4iHD1