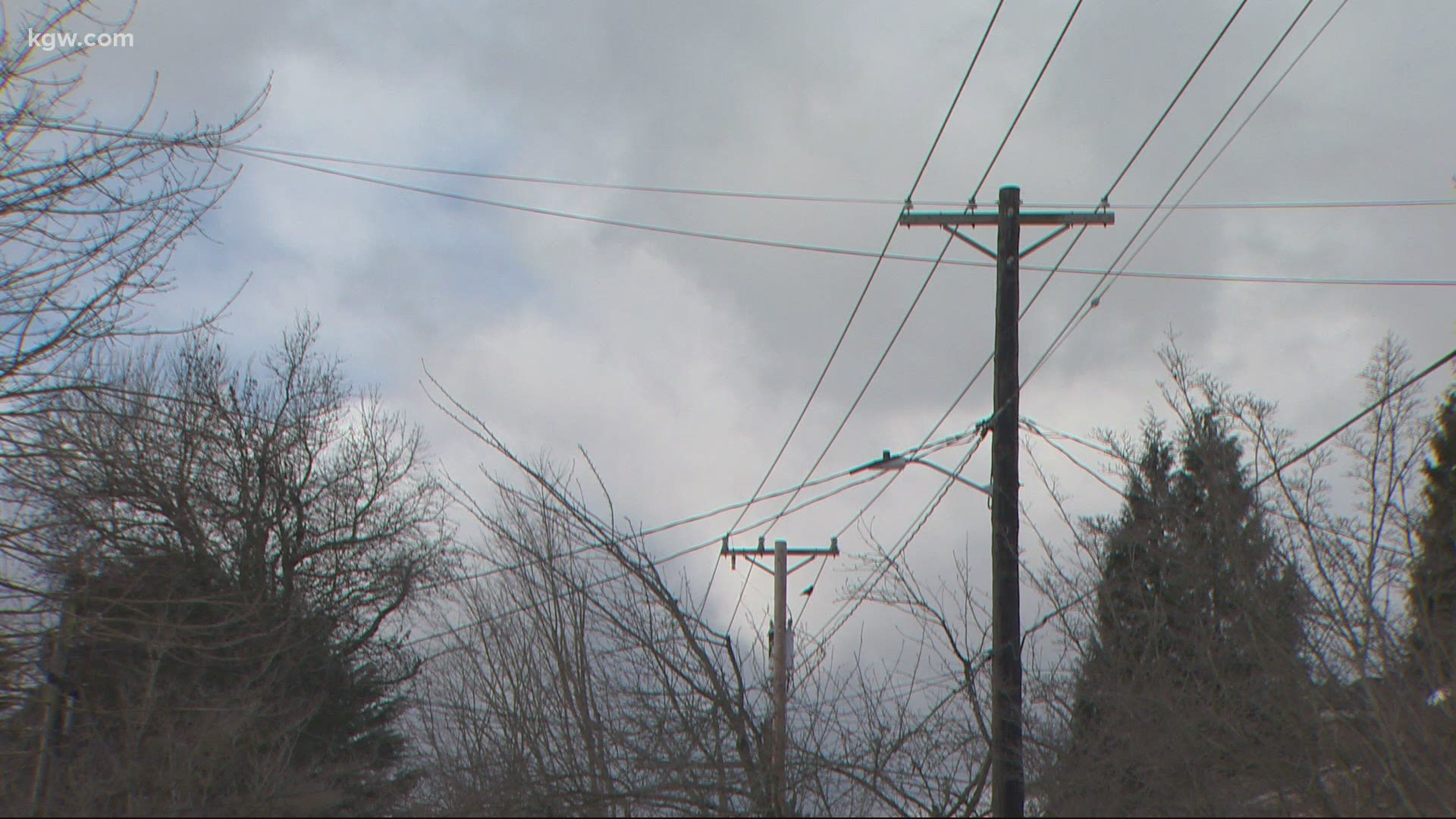 PORTLAND, Ore. — This story is no longer being updated. Click here for the latest on power outages in the Portland metro area and Willamette Valley.

While much of the snow and ice from last weekend's winter storm has melted, more than 150,000 Oregonians are still without power, heat, internet and other services. Portland General Electric (PGE) tweeted that its system "experienced catastrophic destruction" due to the storm. PGE had previously warned it would take days for some people to get their power back.

"Our friends, our family are experiencing these outages as well. We know exactly what you're going through," PGE spokesperson Steve Corson said Monday. "We know the frustration, and we're working as fast and as hard as we can to get that power restored."

Both utility companies said crews were working around the clock, with backup called in from as far away as Nevada and Montana. PGE said more than 3,000 people are working to restore power for its customers. The issue, Corson explained, was that trees in several locations had come crashing onto PGE equipment, damaging power lines, transmission lines and even substations.

PGE on Wednesday afternoon launched a storm info page that shows how many crews are working in each region of Oregon and what they're priorities are.

Oregon Gov. Kate Brown on Saturday declared a state of emergency due to the severe weather and power outages.

"The state of emergency I declared on Saturday will ensure that all necessary state resources are available on the ground to help Oregonians impacted by this winter storm," Brown said.

The sheriff’s office said it’s important people don’t use generators inside their homes because of the carbon monoxide danger. Deputies also said people shouldn't use alternative heating sources, including barbecues, camp stoves or cooktops inside their homes.

For those without power, PGE offers the following tips: