There's been 6-10 inches of snow in the North Willamette Valley and Southwest Washington since Thursday. In Marion County, there's been an inch of ice accumulation. 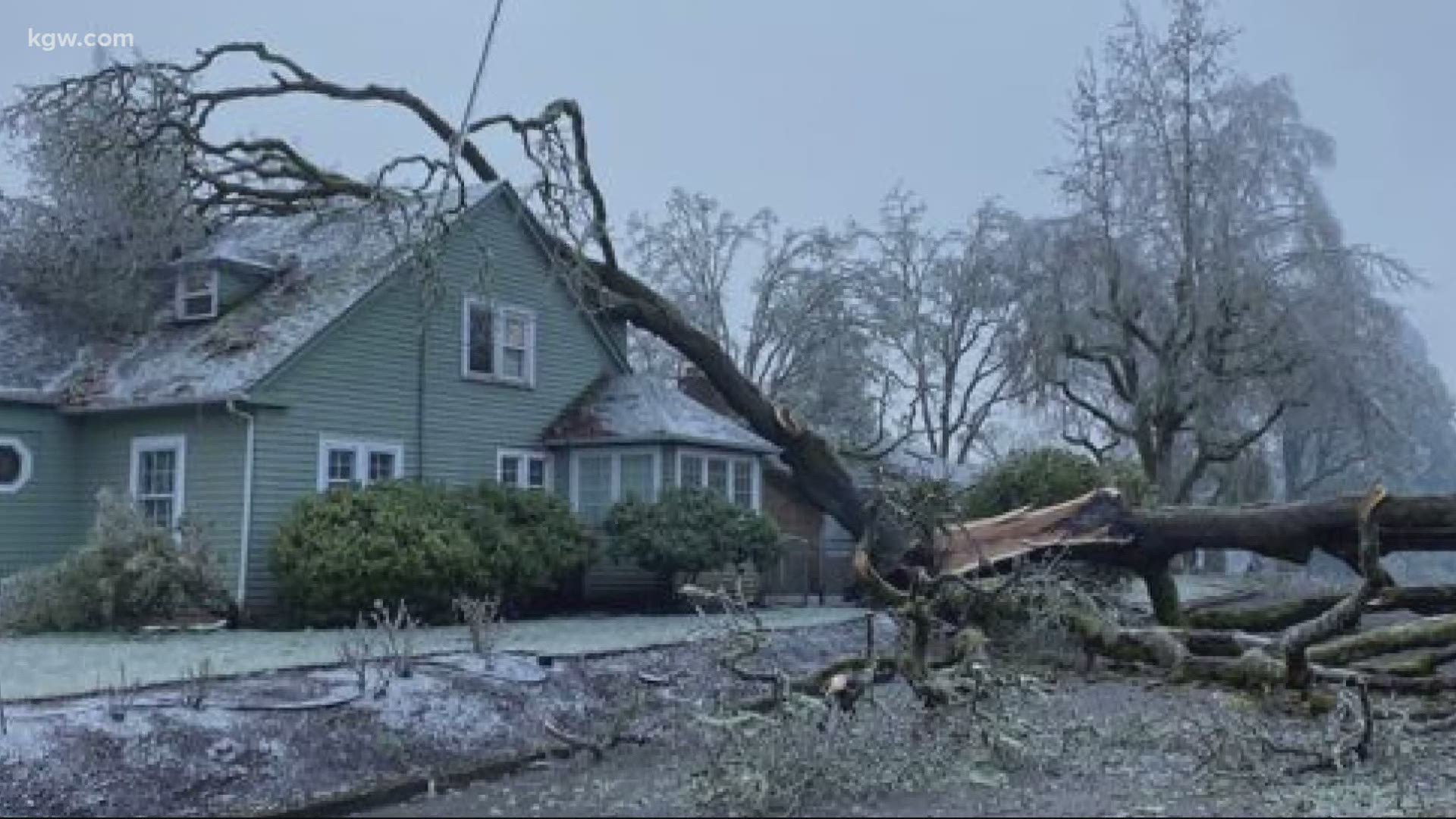 The state of emergency, which allows for additional state resources to respond to various needs across the region, applies to Benton, Clackamas, Hood River, Linn, Marion, Multnomah, Polk, Washington and Yamhill counties.

"The weather that set in yesterday and continued overnight has left extensive damage with hundreds of thousands of Oregonians without power," said Gov. Brown. "Because of windstorms, utility crews were not able to safely start work on restoring power until this morning. Crews are out in full force now and are coordinating with local emergency response teams on communications for emergency services, such as warming centers. I'm committed to making state resources available to ensure crews have the resources they need on the ground."

KGW meteorologist Rod Hill said 6-10 inches of snow has blanketed the North Willamette Valley and Southwest Washington since Thursday. In Marion County, there's been an inch of ice accumulation.

The snow and ice mix has caused slick roads, downed trees and power lines throughout the metro area. Interstate 84 in the Columbia River Gorge is closed between Troutdale and Hood River due to dangerous driving conditions.

Temperatures will remain below freezing in the Portland metro area through Saturday night. A warmup is expected Sunday, although light mixed precipitation may fall on the area before temperatures get above freezing again.