Many roads were still covered with snow and ice, making travel difficult. Hundreds of thousands remain without power. 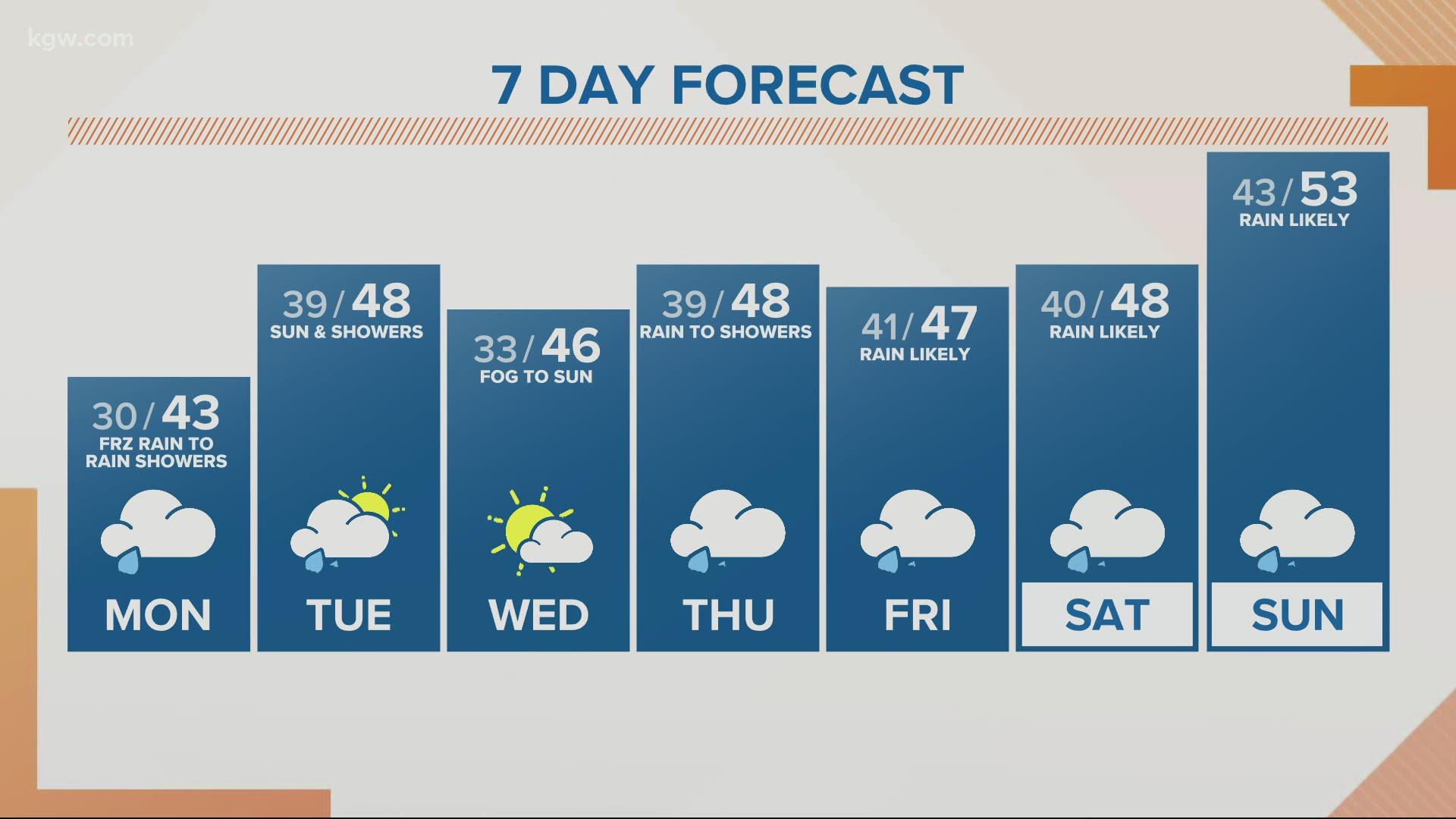 PORTLAND, Ore — The active part of the winter storm that dumped nearly 10 inches of snow on the Portland and Vancouver areas is ending for areas west of the Cascades, reports KGW meteorologist Rod Hill. Temperatures started to warm after sunrise.

An Ice Storm Warning for the Portland and Vancouver areas ended at 6 a.m. Monday. Many roads were still covered with snow and ice, making travel difficult Monday morning. The best plan of action is to stay home and avoid driving if possible.

Hundreds of thousands of customers remain without power across the metro area. As of 2:30 p.m. Monday, more than 300,000 Portland General Electric and Pacific Power customers were without power. Check for updates in your area. Officials said it could take crews several more days to restore power in some areas.

RELATED: PGE: Worst-case scenario, some could be without power for 10 days

A Winter Storm Warning has ended in the Columbia River Gorge. The gorge will see a mix of freezing rain and snow through Monday morning, but as the east winds slowly end, temperatures should warm above freezing and bring afternoon rain, leading to improving weather conditions.

Gov. Kate Brown declared a state of emergency Saturday in nine counties due to the power outages, disruptions to transportation and downed trees and power lines.

Temperatures warmed above freezing Monday morning, but many roads were still covered with several inches of snow as of about 2 p.m.

The western part of the Columbia River Gorge was under a Winter Storm Warning through 10 a.m. Monday. A Winter Weather Advisory expired at 1 p.m. for "mixed precipitation and minimal additional snow," according to the National Weather Service (NWS).

Ice accumulation could continue to be an issue, especially between Multnomah Falls and Cascade Locks.

RELATED: What is black ice? What drivers should know

An Ice Storm Warning in the Vancouver area ended at 6 a.m. Monday. Similar to Portland, the roads were still covered with snow and ice on Monday. Widespread power outages and tree damage due to ice are also possible.

Clark County declared a state of emergency Saturday morning due to heavy snow and ice in the area. Officials are asking Clark County residents to stay home and off the roads until weather conditions improve.

A Winter Weather Advisory ended at 6 a.m. Monday for the Willamette Valley.

Travel in the area is highly discouraged. Power outages were reported throughout Marion County.

A Winter Weather Advisory ended at 6 p.m. Sunday. Additional snow accumulation of up to 3 inches and ice accumulation up to two-tenths of an inch is possible in areas such as Vernonia and Jewell, according to NWS.

Drivers should be prepared for icy roads.

Monday brings warmer temperatures, with moisture turning to rain and ending the threat of winter weather. By Monday night, everything will be slushy and melting.