Topaz Farm had to close the farm and cancel private events, including a 100-person farm-to-table dinner, because of the extreme heat. 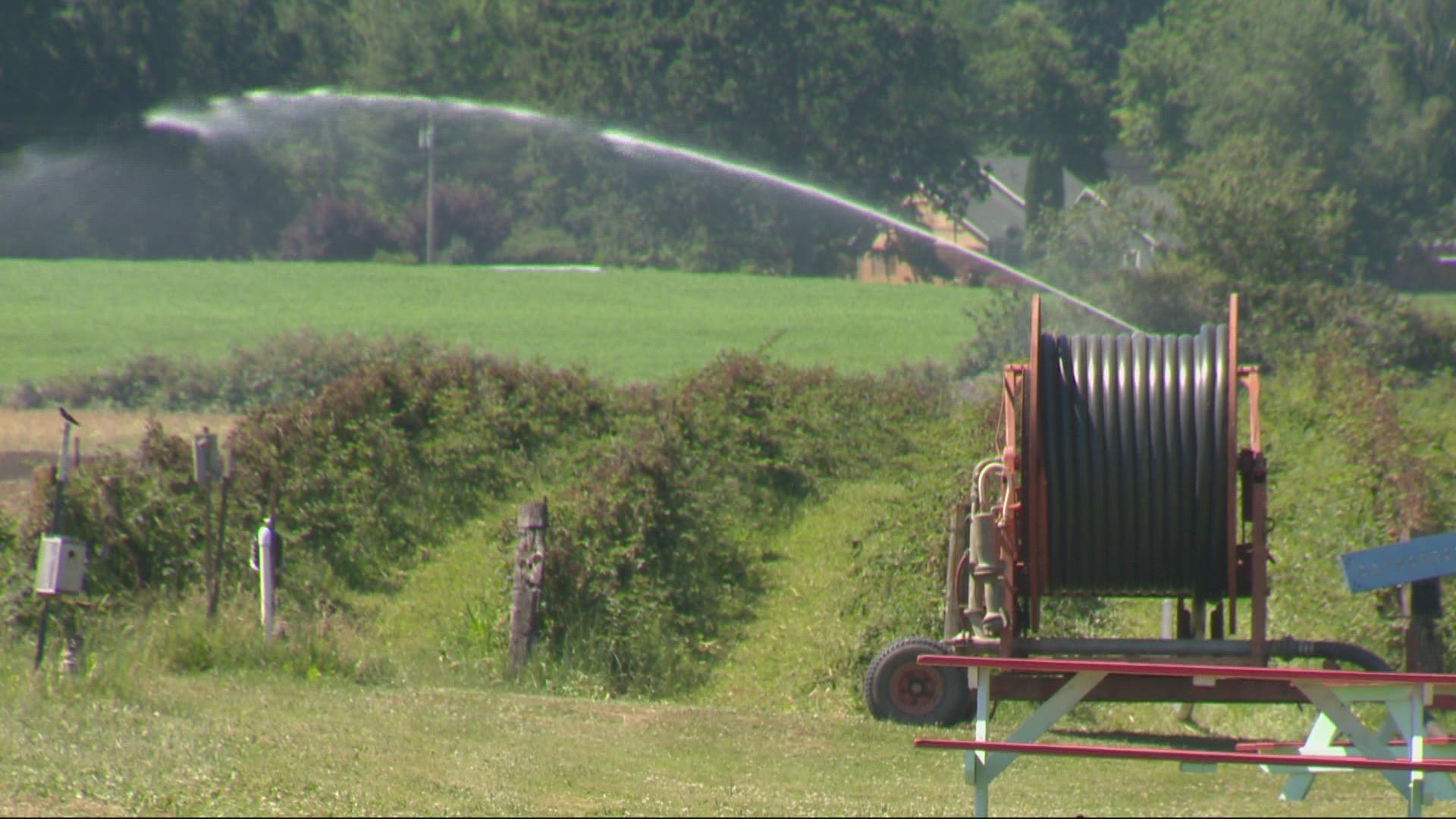 PORTLAND, Ore. — Topaz Farm on Sauvie Island would normally be filled with people on the last weekend in June.

“This time of year, this is normally as good as it gets. Summer hasn't even started yet,” said Jim Topaz who owns the farm with his wife Kat.

Topaz closed the farm stand, u-pick areas, bar and grill, and store early because of the extreme heat across the Pacific Northwest this weekend.

The previous all-time high record was 107 degrees. The Portland International Airport (PDX) reached 107 degrees once in July 1965 and twice in August 1981. That record could be broken again on Sunday with a high of 110 degrees in the forecast.

The National Weather Service has issued an Excessive Heat Warning for most inland areas for Saturday, Sunday and Monday. Parts of eastern Oregon will be under the heat warning starting Monday through Friday of next week.

“All those things combined, I think in terms of the gross sales, I think it could end up being a $50,000 loss due to this 10-day period,” said Topaz.

Other farms on the island closed early or won’t open because of the more than 100-degree temperatures.

Sauvie Island Farms will be closed all day Monday because of the heat and Columbia Farms will close at noon on Sunday.

Update!!! We will be CLOSED on MONDAY JUNE 28. It is just too hot to safely be in the u-pick berry fields. We...

Topaz is worried the extreme heat over an extended number of days will wreak havoc on his berry crops. Strawberry season just wrapped up with raspberries up next, followed by blueberries, boysenberries, and marionberries.

“Talking to other farmers, it sounds like this level of intense heat, we could lose like all the berries,” said Topaz.

Topaz said all of the farms on Sauvie Island lived through worse after having to shut down or cancel events during the historic mega wildfires in Oregon.

He hopes this stretch of hot weather is just a blip, not a sign of things to come.

“We bounced back and had a fantastic October. I hope this isn't like a summer full of 100-degree days.”