A majority of extended computer models have backed off projections for a hot summer here in the Pacific Northwest. 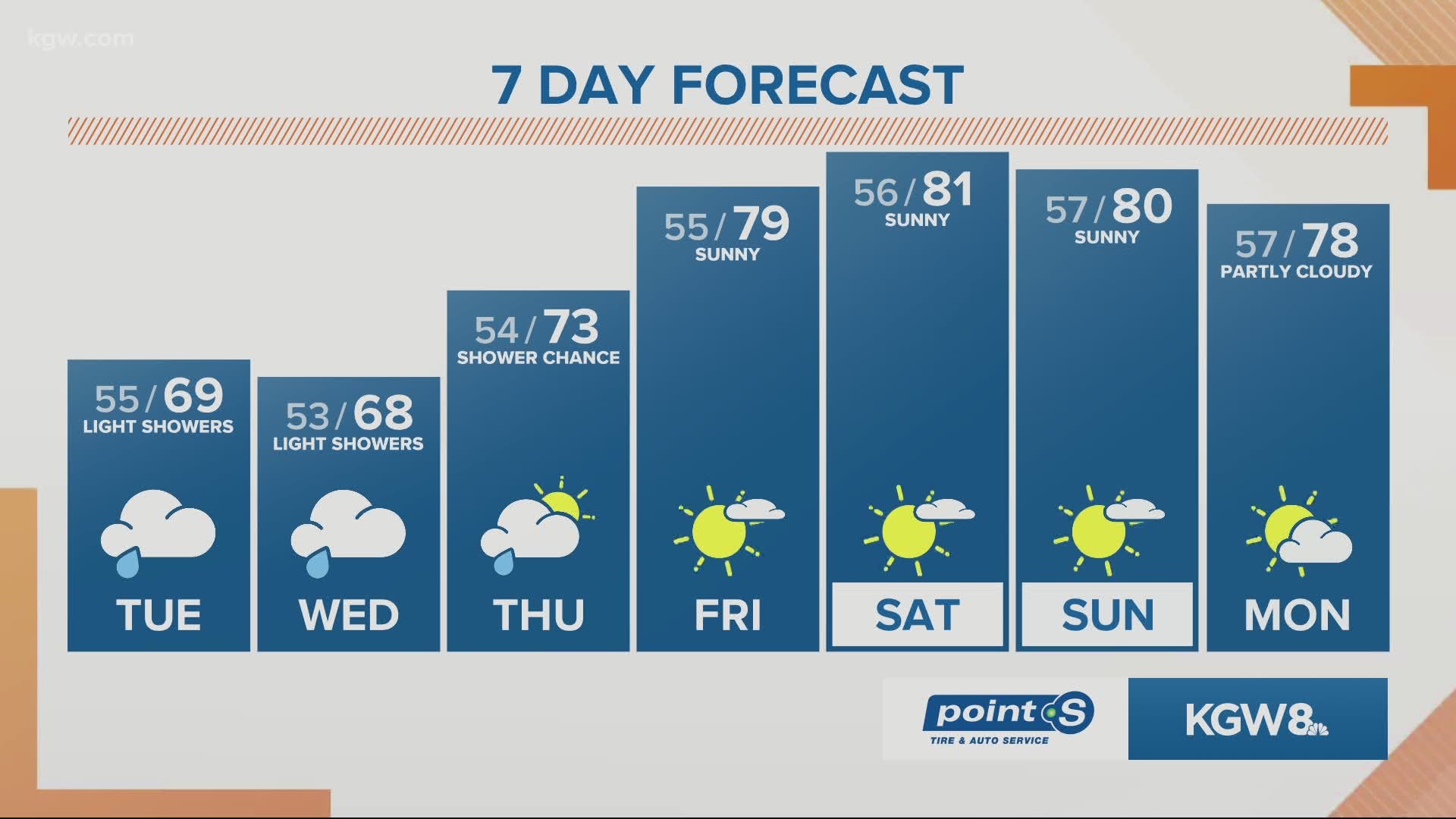 PORTLAND, Ore. — The summer of 2020 will likely be a bit cooler than previously thought. Updates from the National Weather Service and a majority of extended computer models have backed off projections for a hot summer here in the Pacific Northwest.

The graphic below shows a cooler than normal temperature forecast for all of Oregon and Washington (blue color shading) into mid-July and shows a few showers to be a good bet in the coming weeks.

You may recall that summer outlooks back in April and May were projecting a hot summer with an assumed high number of 90 degree days in July and August. The past few weeks, however, have shown a consistent trend of backing off on the call for hot weather.

The consensus seems to be changing to near normal July, August and September temperature average.

To date, Portland has warmed to 90 degrees only two days this year, with the warmest Portland temperature being 93 degrees on June 23. The adjusted outlook would likely lead to a seasonal 90 degree tally between 10 and 15 days, which would be considered near the climate average.

Our wet June will end with total rainfall near 3.50 inches, more than 200% of the normal 1.70 inches and good enough for No. 5 on the all-time wet list for the month.

The wet June and a projection for limited hot days through mid-July would likely delay or quiet the start of wildfire season.

Keep in mind, this article states that earlier summer outlooks were likely incorrect, which draws a likely conclusion that any projection moving forward may too be on shaky ground.

RELATED: Rod on the Road: Newport