Portland was ready, but the snow storm stayed mostly west, east and north

"We've got the de-icer trucks ready to go, we've got sand ready to go, we can use salt if we need to and the plows are ready, if there's going to be anything to plow," said ODOT spokesman Don Hamilton. 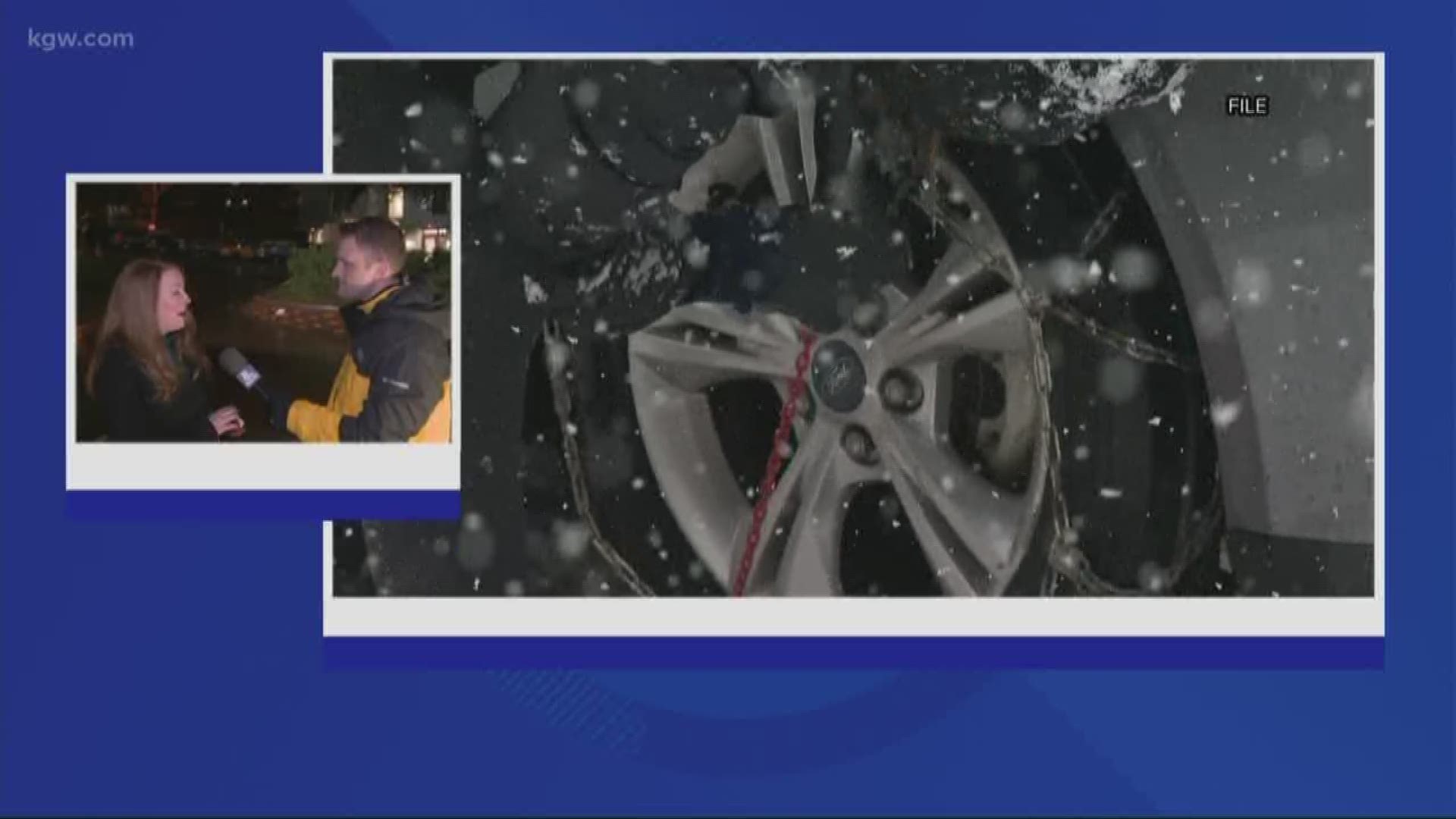 PORTLAND, Ore. — A snow storm expected for the greater Portland area and the Willamette Valley overnight looks to have stayed mostly east and north of the metro area, according to Portland meteorologist Rod Hill.

Total snow accumulations of 1 to 3 inches were expected above 500 feet in Portland by Monday morning, with up to an inch at the lowest elevations. But as of 3:30 a.m. there was no precipitation and the temperature was well above freezing.

"A chilly day for Portland with scattered showers that may fall mostly as snow, although dustings of snow are looking unlikely for Portland as daytime temps around the metro valley will generally hover between 35 and 40 degrees with east winds 5 to 15 mph, Hill said.

Oregon Department of Transportation crews were prepared to work overnight if necessary and had plans in place for any amount of snow that might have fallen.

"We've got the de-icer trucks ready to go, we've got sand ready to go, we can use salt if we need to and the plows are ready, if there's going to be anything to plow," said ODOT spokesman Don Hamilton on Sunday.

Hamilton said the plan was to make sure all of the major roadways were safe and ready to go, specifically two problem areas that have given drivers challenges during past snow storms: the Sunset Highway, from the Vista Ridge Tunnel up to Sylvan, and on Interstate 5, from OR 217 up toward downtown Portland.

Crews planned to target those areas with salt already being stored nearby, because even a small amount of snow there has caused a mess in previous years.

Portland Bureau of Transportation spokesman Dylan Rivera said a few de-icer and salt trucks were ready to go out as needed, focusing on higher elevations in the West Hills, like Skyline and Germantown roads.

TriMet urged riders to keep a close eye on the weather conditions and asked them to plan extra time and check trimet.org/alerts before they go.

"Currently, for the Monday morning commute, we plan to chain buses on about 18 lines that travel in areas above 500 feet. Chained buses cannot go faster than 25 mph and may not be on schedule," TriMet spokeswoman Robert Altstadt told KGW on Sunday afternoon. "We want to thank our riders in advance as those trips will take longer."

Click here to check all local closures and delays

Two-hour delays were announced Sunday evening for two school districts and a Head Start program along the coast.

Portland Public Schools spokesman Harry Esteve said the district would not make a decision until 5 a.m. Monday on whether school would be delayed or closed for the day. Parents can check the district website, Twitter feed or Facebook page for the latest updates, or sign up to receive text messages.

Warming centers and weather shelters in Clackamas, Clark, Multnomah and Washington counties opened for the first time this year on Sunday night. Check 211info.org for location and contact information.