Portland breaks record for most 90-degree days in a year

Despite the record of 90-degree days, there has only been one 100-degree day so far this year. 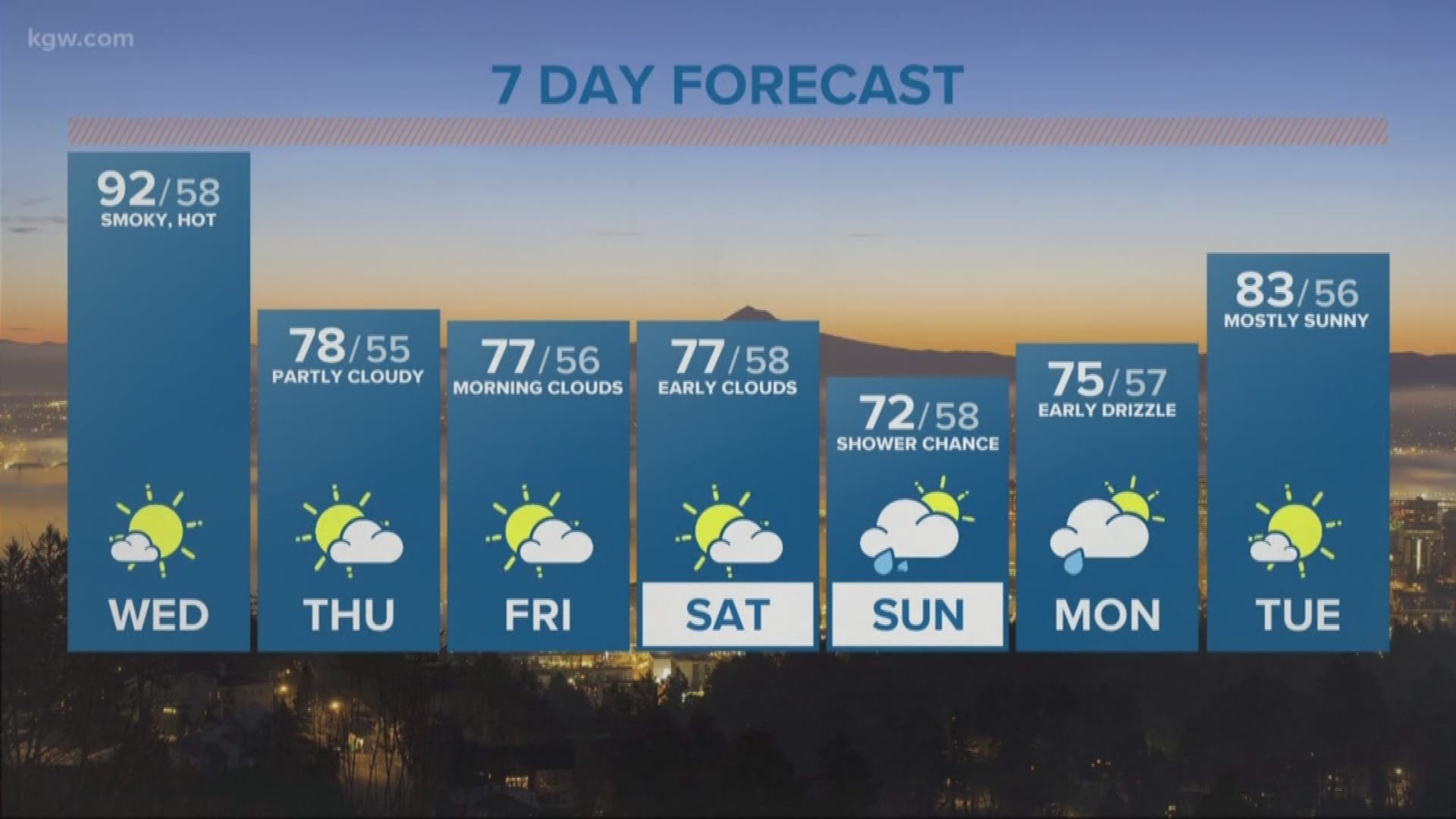 PORTLAND, Ore. — Wednesday was the 30th day of 90-degree heat this year in Portland, breaking the all-time record of 29 days. The previous record was set in 2015.

This year’s first 90-degree day at Portland International Airport was on May 13. The longest 90-degree stretch this summer was nine consecutive days, from July 22 to July 30. Fifteen days were 90 degrees or warmer in July, and there have been 10 days so far in August.

Despite the record of 90-degree days, there has only been one 100-degree day so far this year, on July 15.

The good news for Portlanders is temperatures are expected to cool into the 70s for the next five days.

The Portland Airport just broke their all-time record for number of 90°F days in one year. Today is the 30th day in 2018. The previous record of 29 days was set in 2015. #orwx #wawx #pdxtst pic.twitter.com/nRM0lUIt0Q