Portland area could get another dusting of snow Sunday night

Dustings of snow are possible on the valley floor all across the Portland area Sunday night and overnight, according to KGW forecaster Brian Brennan. 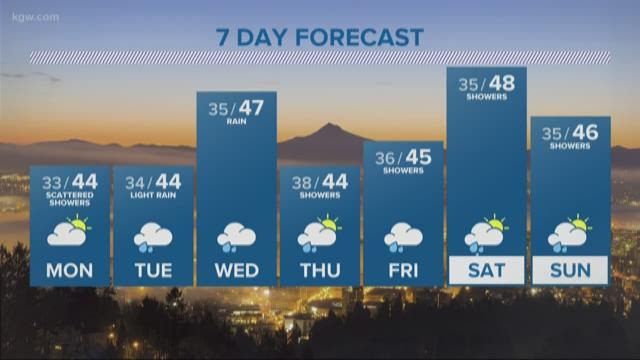 On the KGW News app? Tap to launch multimedia article

PORTLAND, Ore. — Snow levels in the Portland area will drop Sunday night as a cold front brings temperatures down into the low 30s.

"Dustings of snow are possible for everyone at the valley floor [Sunday] night and overnight," said KGW forecaster Brian Brennan.

Brennan said elevations higher than 500 feet could get up to a half-inch of snow. It's unlikely the snow will stick to roads below that elevation.

"As always, these borderline valley snow events are a tough forecast and conditions can change fast," Brennan said. "I'd probably allow a little extra time to get to work Monday, just in case."

The mountains were hammered with snow Sunday, making conditions difficult for drivers. A winter storm warning was posted for the Cascades. More than two feet of snow was expected to fall there Sunday. Areas higher than 5,500 feet had the potential for blizzard conditions.

Difficult driving conditions were evident Saturday evening. A major backup built on Highway 26 near Government Camp due to a combination of disabled vehicles, crashes and winter conditions.

“In addition, we have had several slide-offs as well as a jack-knifed semi,” she said.

On Friday morning, Portlanders woke up to record low temperatures, including at Portland International Airport where a Feb. 23 record of 24 degrees was recorded. The prior record for the date was set in 1993.

Earlier this week, ice caused huge problems on some major Portland roadways. On Interstate 205, icy roadways and ramps had traffic at a standstill on Thursday from Interstate 84 all the way south to Sunnyside Road. 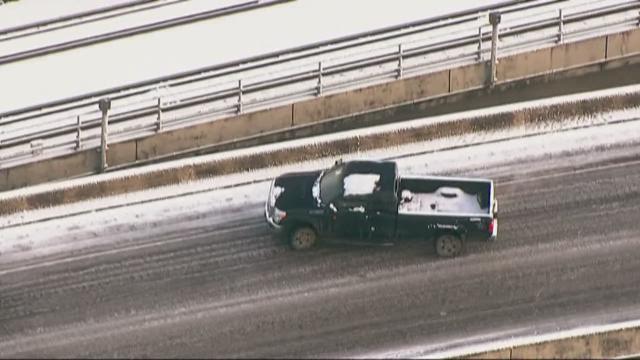 Wednesday night marked the third time in four days the region was hit with a snowstorm. On Tuesday night, downtown Portland ended up with 3 inches of snow, while the West Hills got more than 5 inches. More than 8 inches dropped in some areas, including Yacolt and Sandy.

The Portland Bureau of Transportation said they used about 90 tons of road salt on 12 designated routes over the weekend through Wednesday, and had another 700 tons available to help make the roads more manageable.

YOUR PHOTOS: After the snowfall

Your pics: After the snowfall

YOUR PHOTOS: Kids having fun in the snow

Your photos: Kids having fun in the snow

YOUR PHOTOS: Pets and animals in the snow

Your photos: Pets and animals in the snow