'Like a winter wonderland': Oregon gets some snow to start December

Check out photos and video of the snow that fell Saturday night and into Sunday, from KGW viewers and KGW reporters. 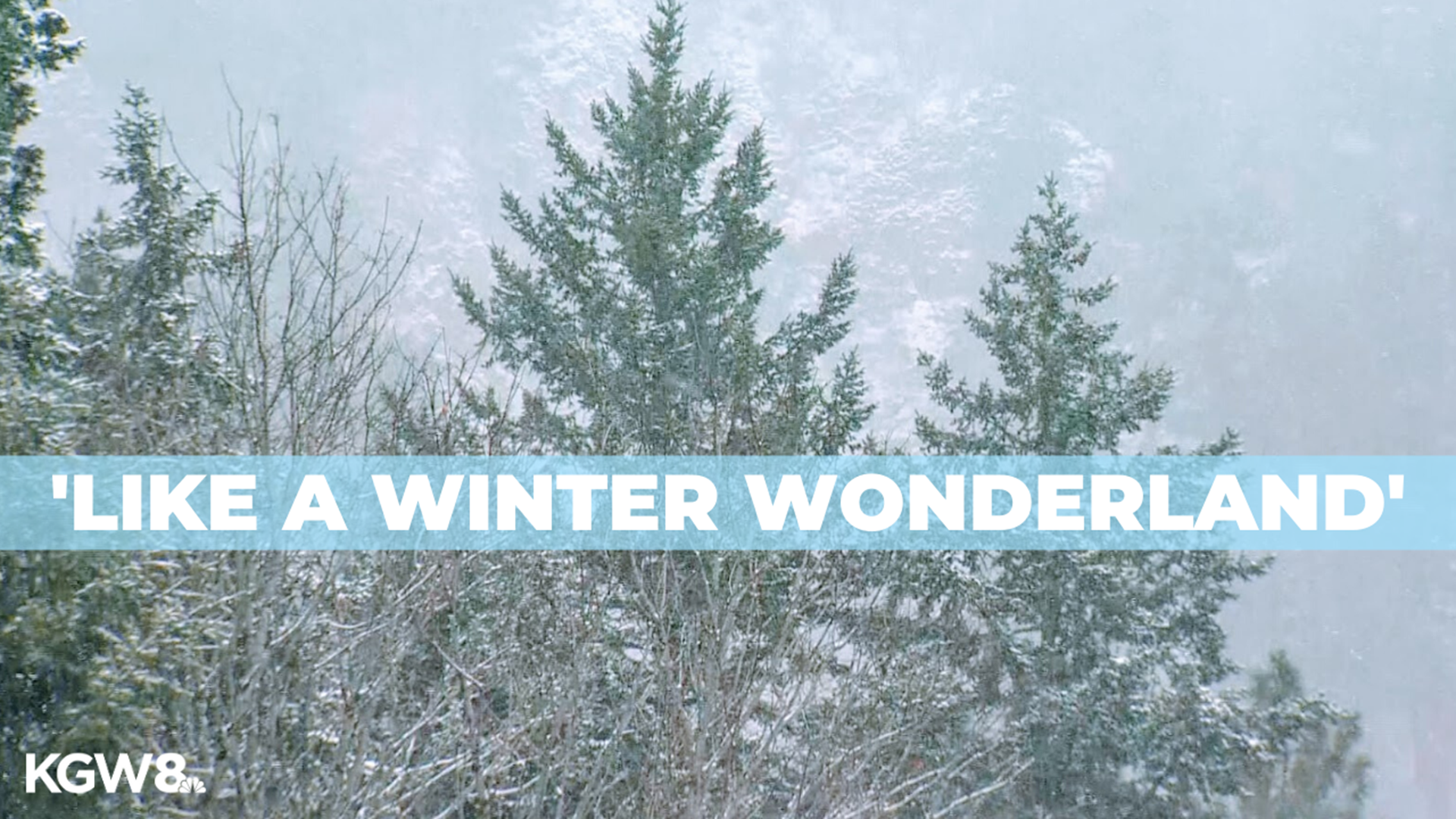 PORTLAND, Ore. — Snow fell in the Portland metro area overnight and some people, especially those in elevations higher than 500 feet, woke up Sunday morning to snow on the grounds and roads.

Valley temperatures were warm enough Saturday night to stop snow from sticking in the lower elevations.

A snow/freezing rain mix continued to fall through Sunday afternoon in the Columbia Gorge, Hood River Valley and the Northern Oregon Cascade foothills.

See the latest forecast from KGW

The following gallery is made up of photos of the snow sent to us by KGW viewers.

KGW's Brittany Falkers traveled out to the Gorge on Sunday to see the conditions. Here's a collection of her social media posts, as well as a few posts from other KGW reporters sprinkled in.