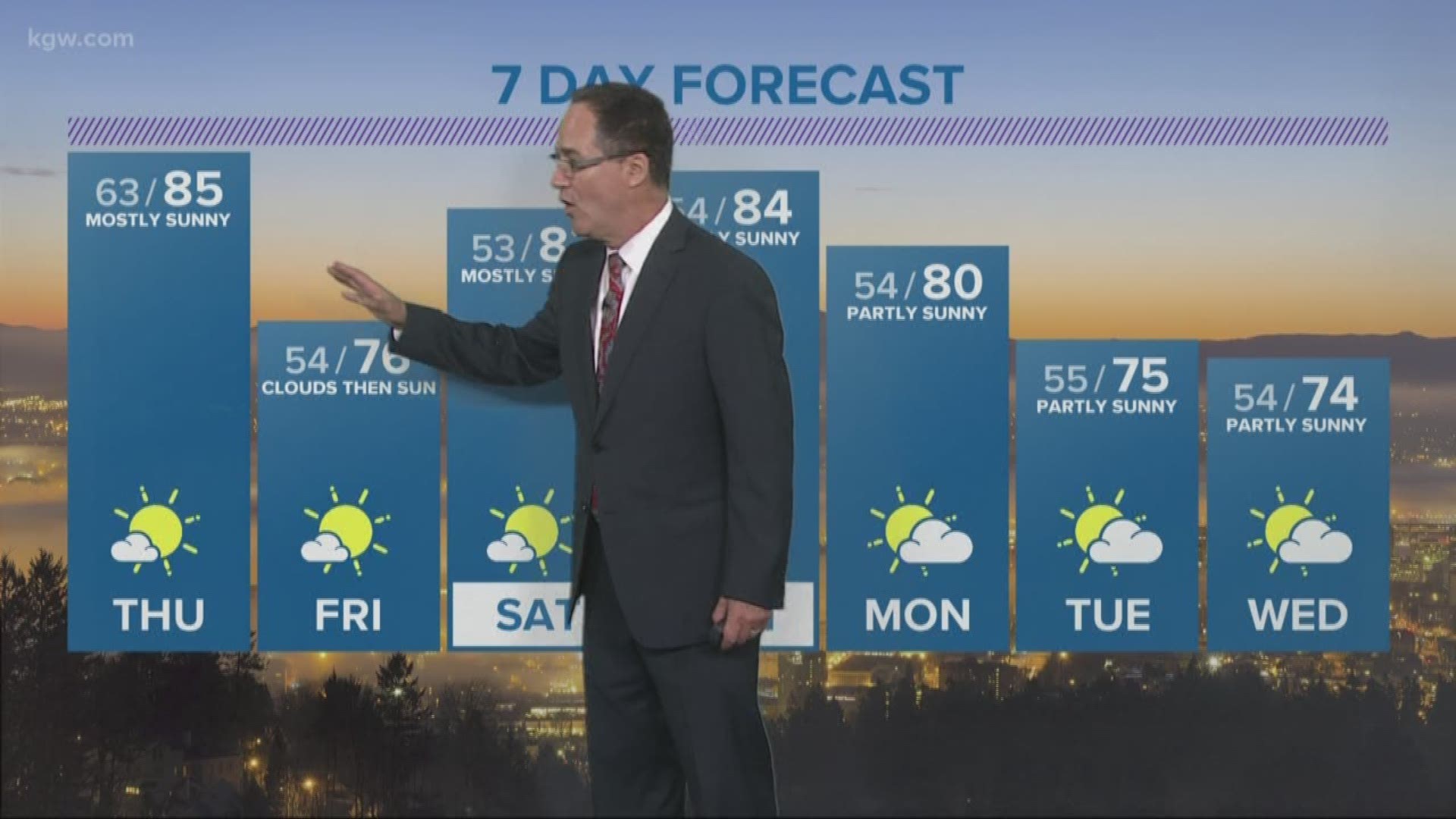 But a cooldown starts Thursday and will be firmly in place by the weekend, according to chief meteorologist Matt Zaffino. Thursday is expected to top out in the mid-80s. The 7-day forecast shows temperatures dropping into the low 80s through Father’s Day weekend.

The temperature at Portland International Airport hit 97 degrees on Tuesday, topping the previous high of 95 degrees set in 1941.

Tuesday's stifling heat stretched across the west side of Oregon, with temperatures in the upper 80s along the north Oregon Coast, the mid-90s in Salem, and Medford hitting 100 degrees.

The National Weather warned the sudden spike in temperatures could lead to heat-related illness.

RELATED: Fountains, splash pads and pools that are open in Portland