A Beginner's Guide to Portland Snow

Matt Zaffino is here with all the tips you need to survive a snow event in Portland. 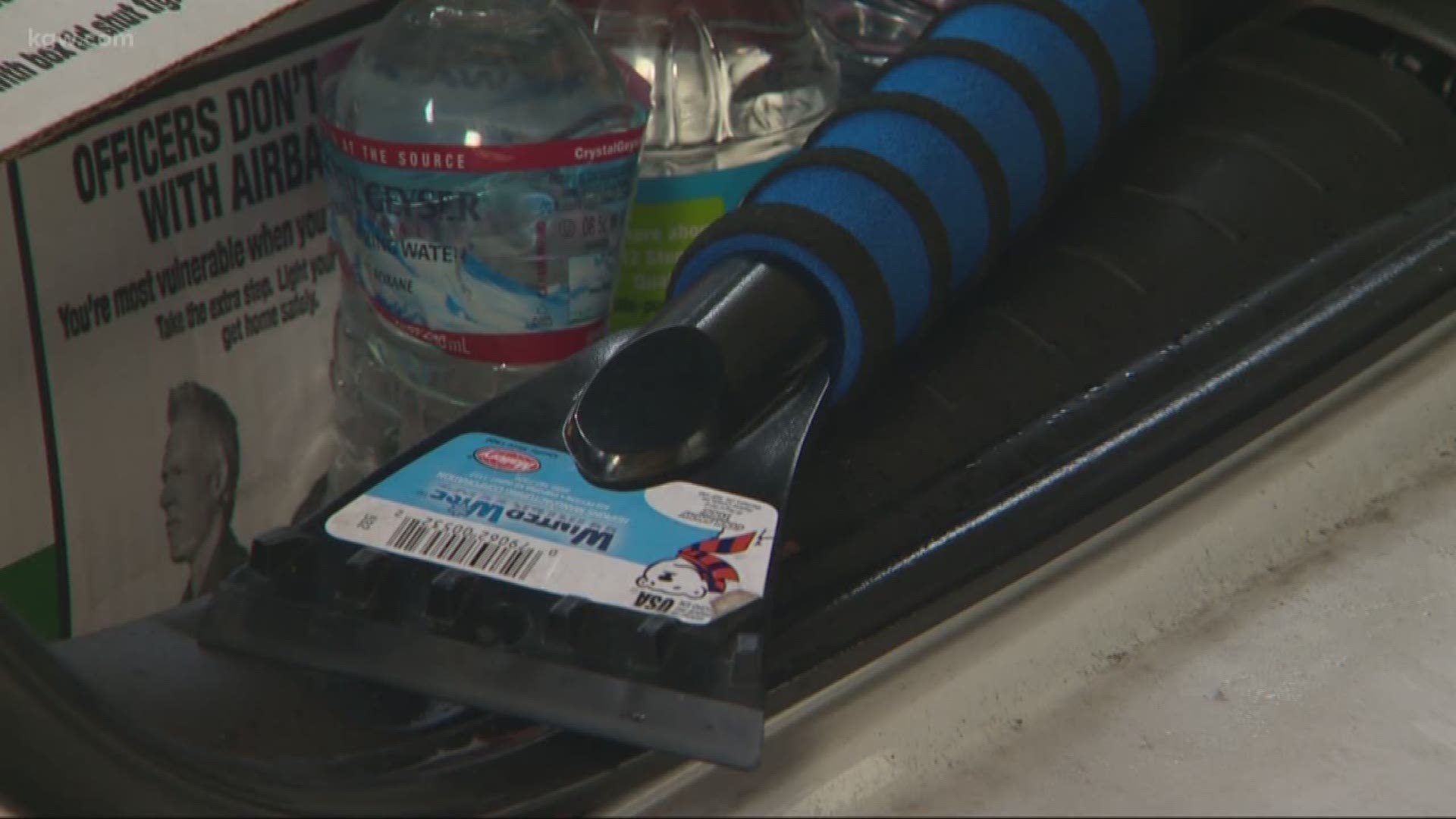 PORTLAND, Ore. — When I moved from sunshiny Florida to Portland nobody told me that there would be six months of overcast skies, sputtering almost-rain. And worse, no one uttered a peep about how annoying my new mortal enemy, snow, would be.

My first Portland winter was mildly traumatizing, having come from a place that barely flirts with temperatures in the low-40s. I didn't know what snow chains/cables were, much less how to install them.

And look, that's alright. Oregon was named the second most popular moving destination in 2018 by the United Van Lines National Mover Study, and those people are coming from all over.

So I begged for some sage advice from our own Lead Meteorologist Matt Zaffino:

How often does it snow in Portland?

Matt Zaffino: Not very often. If we go a year with no snow, that’s not unusual. We average 7” of snow a year. That usually comes in one or two events.

Which suburbs or neighborhoods tend to get the most snow?

MZ: It totally depends on the situation. In general, areas with some elevation get more, i.e. the West Hills, out in western Washington County near the Coast Range or in, say, Clackamas County, as you get close to the Cascades. And of course, the Gorge, which is its own special case.

RELATED: What's the elevation where you live? Here's a list

Will my fancy new rain boots cut it in the Portland snow?

MZ: If you don’t mind getting frostbite, absolutely.

Do I need snow tires for the Portland metro area? Studs? Chains?

MZ: Personal preference. Most Portlanders abandon their cars when it snows anyway. Personally, I’ve never used studs, not worth the noise or road damage, in my opinion, for as often as you might need them in town. But they sure do great on ice. I put on snow tires in November or December, but I go to the mountains a lot. And I still carry chains, even with snow tires and 4-wheel drive. If you need or want to drive in snow, then chains are probably the cheapest, best option. Of course, you need to know how to and take the time to put them on.

A note from Destiny: Did you know you're supposed to pull over to a safe place and remove your cables/chains when you're out of an icy area? I did not and my boss told me that was a heck of a way to ruin the road and my tires! Snow fun!

What else should we know about driving during a Portland snow/ice event?

MZ: See above about abandoning cars. Don’t do that. Just remember to slow down and add distance. And if it freaks you out, take an Uber. The last thing you want to do is cause a traffic jam because you’re stuck in the middle of West Burnside trying to put your chains on and you have a hundred passive-aggressive and pissed off Portland drivers, pedestrians, stray dogs all giving you the stink eye while you fumble with frozen fingers and some cheapo chain set you bought on e-Bay.

What is freezing rain? How’s it different from sleet? Hail?

MZ: Freezing rain is rain that falls and hits the ground as liquid rain. But because the air is below freezing, it freezes on contact and coats everything with ice. Nasty. Chains or studs the only way to drive.

Sleet is like freezing rain, but the raindrops freeze as they are falling, so it reaches the ground as ice already. Also nasty, see above for driving.

Hail forms differently but still falls as ice. If the temperature is above freezing it’s likely hail. You can get hail in summer from thunderstorms. That happens a lot. In winter, it’s less common. 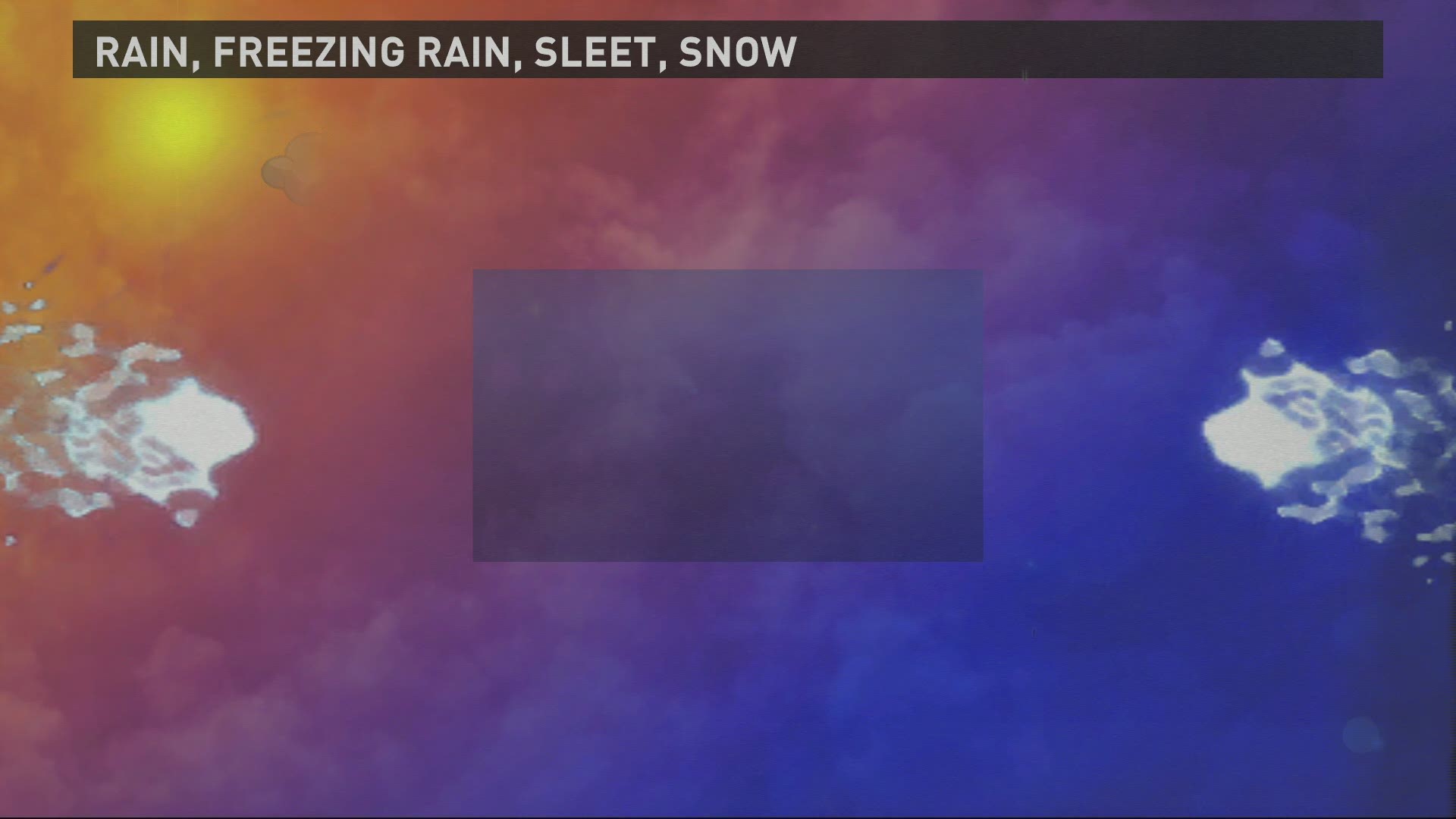 What is black ice?

MZ: When the roads are wet and the sky clears quickly and the temperature quickly drops below freezing, water on the roads can freeze clear. Revealing the black pavement through it. That’s black ice. It’s not something that falls from the sky.

MORE: What is black ice?

Why is that a couple inches of snow can shut the city down for days?

MZ: Because Portlanders freak out and abandon their cars. In fairness, we don’t get a lot of snow, people aren’t used to it and the city’s infrastructure and maintenance structure aren’t built the way it is in Minneapolis or Salt Lake City's are, for example. And we have a lot of hills. And some people just need an excuse to cross country ski down their neighborhood streets and want to have a snow day.

MZ: Ask ODOT, they started to use more a couple years ago after being hounded on the issue by Tracy Barry and Joe Donlon. Salt is highly corrosive to cars -- next time you're in the Northeast U.S., notice all the rust buckets driving around.

VERIFY: Can I use regular salt on my sidewalk or driveway?

How do Portlanders entertain themselves during these snowpocalypses?

MZ: Drinking games, cross country skiing, rejoicing or complaining on social media. Or sledding: for that, I recommend Mt. Tabor.

A note from Destiny: And raiding all local stores of kale for any and all impending apocalypses. Okay, Portland.

How do I take public transit to avoid this mess?

I'll take this one, Matt. The easiest way to hop on a bus or a MAX train around here is by getting the Hop app on your phone. You can load money onto it and just scan it!

Here's all the info you need on that.

Just remember that a lot of people are using public transit when the weather takes a turn so budget your time wisely, pals.

MZ: Not officially, but you might be socially and publicly shamed if you use one.

RELATED: Rain and wind this afternoon, feet of Cascade snow this weekend and valley snow next week.