‘It’s bone-dry’: Oregon could be in for a dangerous fire season

A nearly rainless late spring means the state is facing a dry season that's effectively twice as long as normal. 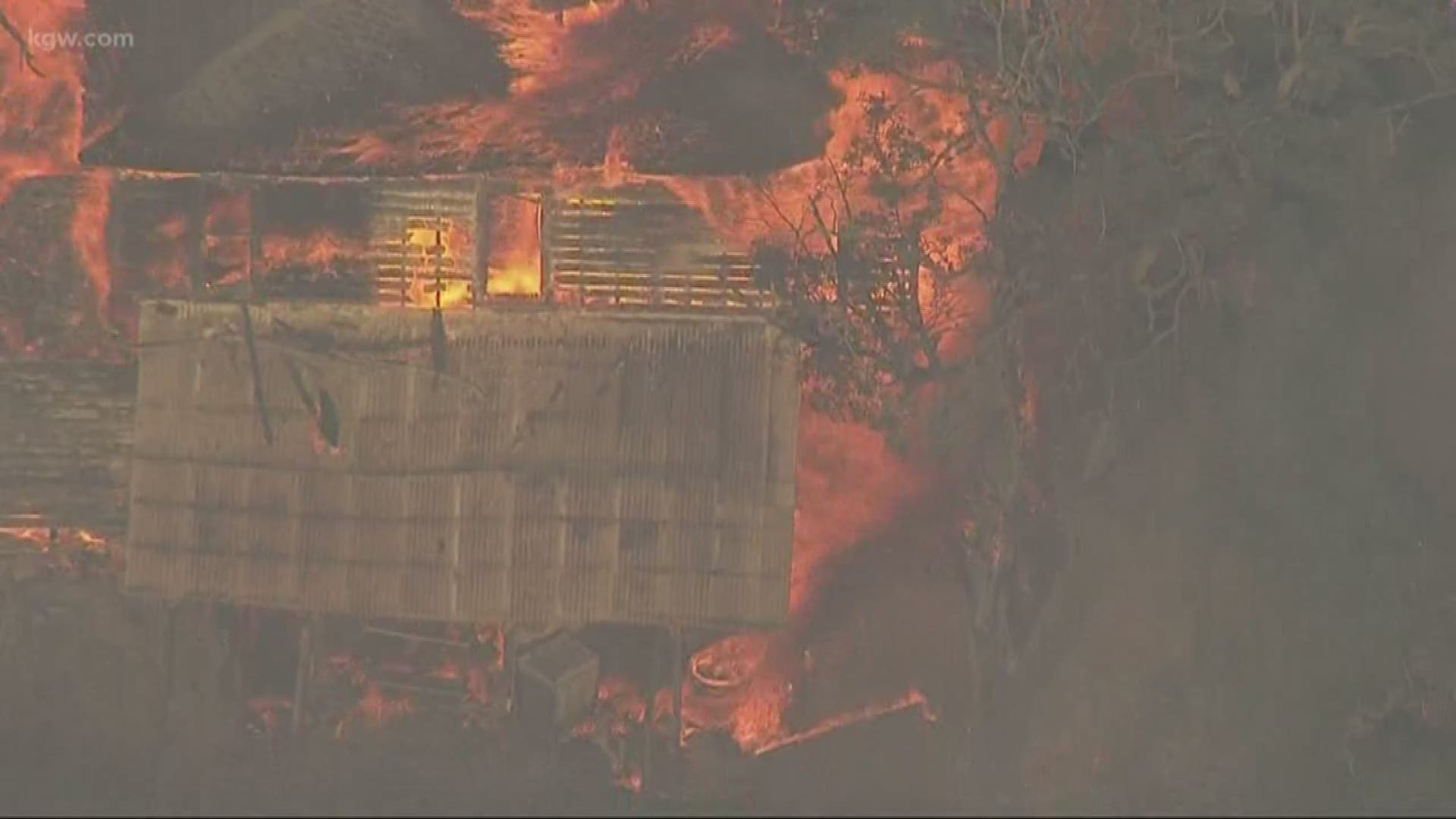 PORTLAND, Ore. – Oregon could be in for a dangerous fire season.

A nearly rainless late spring means the state is facing a dry season that could be twice as long as normal. That concerns firefighters who are still reeling from last year’s destructive wildfires.

Engulfed in flames: Look back at the 2017 fire season

“We’re already a month ahead of where we normally would be as far as the dryness of the fuel,” said Corbett Fire Chief Dave Flood. “When you look outside, this is more indicative of late August rather than mid-July.”

"I want to ask Oregonians around the state to be aware, be safe and be vigilant out there," she said. "If you see any fire starts, immediately report to local authorities, and follow all fire and heavy equipment restrictions."

Flood just sent a fire engine and two firefighters to help battle the fast-growing Substation Fire east of The Dalles.

Substation fire grows near The Dalles

Several other fires have already burned in Oregon, including one near Silver Falls State Park and several others in the southern and central parts of the state.

An extremely dry late spring brought just 1.3 inches of rain to the Portland area in the past 92 days – far less than normal, according to KGW meteorologist Chris McGinness. Central and Eastern Oregon have been even drier.

The forecast isn’t providing any relief. In the next 16 days, weather models show a chance of just 0.1 inches of rain in Oregon, and that includes a thunderstorm possibility. Those storms could bring lightning strikes, which might spark other fires.

A dry spring, combined with normal precipitation for the rest of the summer – which is historically quite dry – means Oregon could see 150 days pass with just a couple inches of rain.

“We typically know in July and August, it’s bone-dry here,” McGinness said. “It’s possible that PDX goes through a five-month stretch with 2 inches of rain.”

McGinness said those numbers reflect conditions throughout the state.

According to Chief Flood, the dry weather means even small sparks could ignite the next forest fire. He cautioned against discarding cigarettes outside, or lighting fireworks – the latter of which caused the massive Eagle Creek Fire in the Columbia Gorge last year.

Flood said people should also watch out for subtler fire risks, such as dry pine needles or leaves in gutters.

“Even mowing where there are rocks can create a spark,” he said. “Anytime you’re doing anything outside that involves fire and sparks, make sure you watch the area for quite a while after you’re done.”

A burn ban that started in early July is still in effect for Multnomah County.