Strong storms could form, which is why a flash flood watch was issued Thursday night along the west slope of the Cascades. 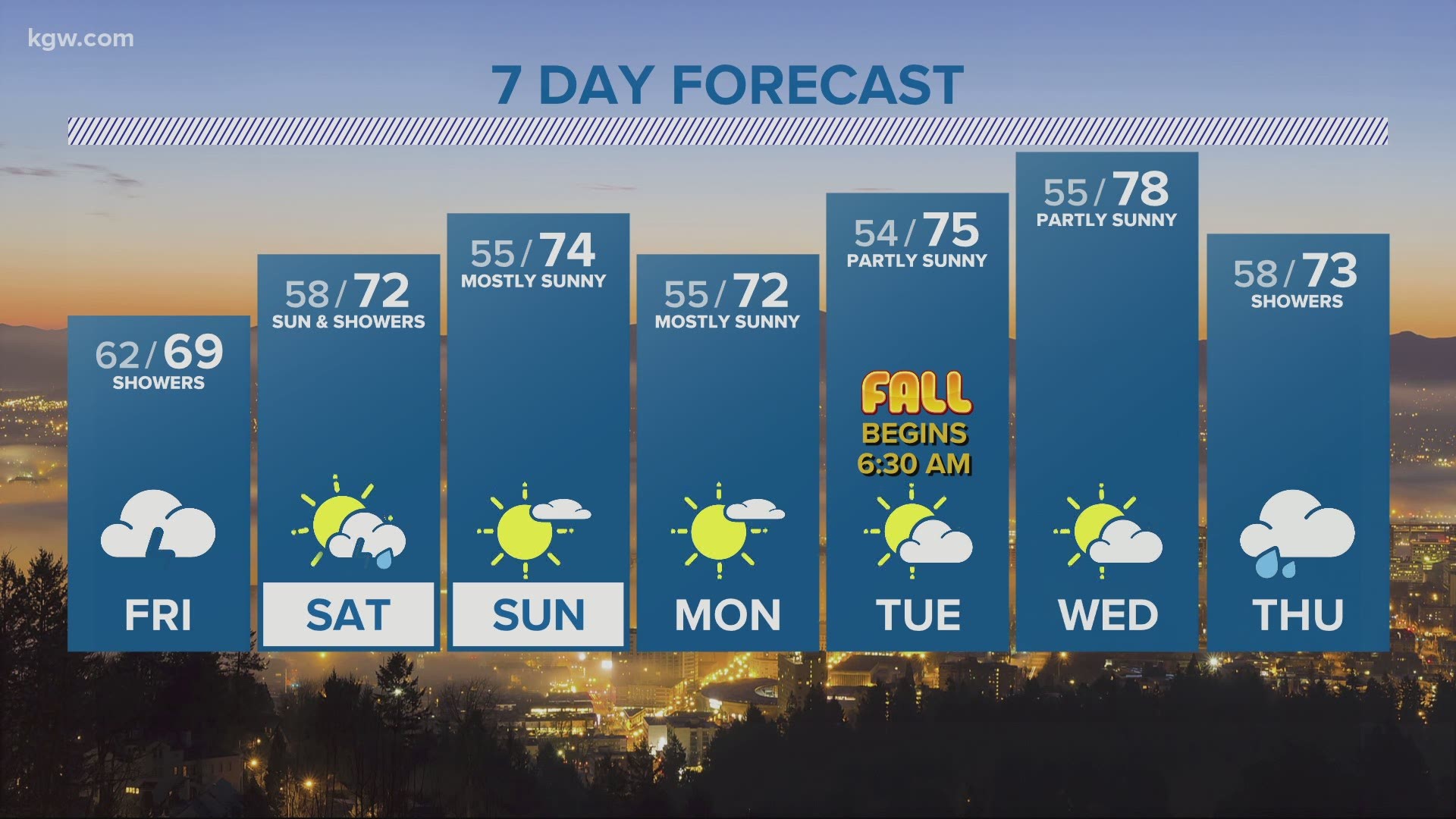 PORTLAND, Ore. — Showers and thunderstorms are making their way north through the Willamette Valley, with some expected in the areas where several wildfires have been burning for more than a week. The storms are expected to wash out the smoke that has blanketed Western Oregon and put an end to widespread air quality warnings across the region.

KGW Chief Meteorologist Matt Zaffino reported the first lightning strike over the Cascade foothills, southeast of Canby, at around 5:30 p.m.

Zaffino said the storms could be strong, which is why a flash flood watch was issued Thursday night along the west slope of the Cascades, where fires have burned out the vegetation in some areas. Zaffino said downpours, erratic winds and large hail could be possible.

Smoke begins to get mixed out with these storms tonight. #kgwweather pic.twitter.com/3oZQAzXDTN

The areas that should be on alert for flash floods are the fire zones where the Riverside Fire, Beachie Creek Fire, Lionshead Fire and Holiday Farms Fire have been burning.

"Heavy rain like that in these burned areas could lead to rapid runoff and even debris flows, where you have some downed trees and rocks and that type of things being moved around," he said.

ODGMI shared the following advice for anyone whose home, work or route is in a watch area:

Hill also said while there may be lightning with the thunderstorms, he doesn't think it will pose a threat because of the amount of rain that will be coming down at the same time.

"The lightning will be right in the middle of these big-time downpours coming down, so I really don't think there's a reasonable threat for lightning to start any new fires," Hill said.

There could also be strong winds with the storms, which is a benefit and a concern, Zaffino said. The benefit is the winds will mix out the smoke. But if strong winds get on a fire, that could make it spread quickly. Strong outflow winds from thunderstorms don’t always happen where the rain is falling, Zaffino said. The winds can spread out a few miles from the storm, and they can come from any direction, depending on the movement of the storm where the storm is in relation to the fire.

Looking at the big picture, Hill said the rain is something the area desperately needs.

"The overwhelming positivity of this is we need this type of downpour rain to really start to get these fires even more under control and start to turn the tide of getting out of this pattern we've been in since Labor Day night," he said.

Once the rains come in Thursday night and breaks up the large smoke cloud that's been hovering over much of Oregon since Labor Day night, Hill said he doesn't think the bad air quality will return.

"Most days, since these fires started, we've had no wind gusts of more than 10 mph, so it's been the same smoke sitting overhead, with new smoke every day from the fires," Hill said. "But once we break this [smoke cloud] up, I don't think the air quality will be  this bad again."