The Multnomah County Sheriff’s Office said they believe the woman was driving when she and her car were swept away by debris flow. 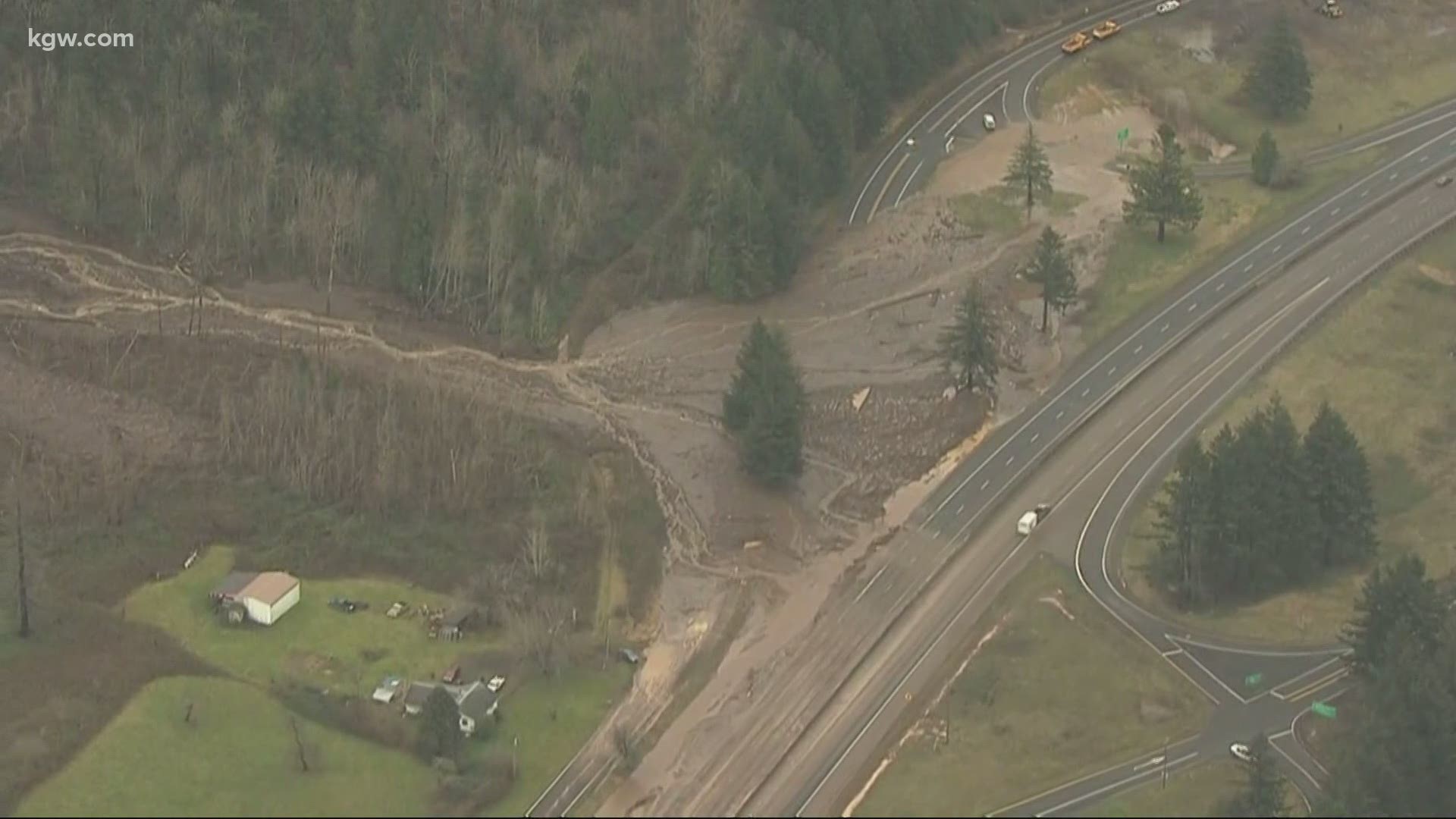 PORTLAND, Ore. — A powerful storm that drenched much of Western Oregon and Southwest Washington Tuesday night and Wednesday morning contributed to one person's death, led to another person going missing, resulted in road closures and knocked out power across the region.

A search effort to find Moore continued Thursday. Multnomah County sheriff's deputies say they still consider it a rescue effort, but it will be slow. The hillsides may be unstable and the mud flow poses a big challenge, deputies said, because it is 10-12 feet deep.

On Thursday morning, officials from Legacy Good Samaritan Medical Center confirmed that Moore is a current employee at the hospital, a charge nurse in the Oncology unit. She has worked there for 17 years.

Search & Rescue crews will return Thursday with specialized equipment to safely search the debris field for Jennifer Camus Moore, 50, of Warrendale, who’s still missing after her SUV she was driving was swept away by a landslide early this morning in Dodson. pic.twitter.com/uCzBVIP2Ec

The same landslide led to the closure of a 20-mile stretch of eastbound Interstate 84, from Troutdale to Ainsworth State Park. The freeway was closed all morning and afternoon before reopening around 5 p.m. Wednesday.

Thousands of people remain without power and crews are working to restore power for everyone. That effort led to one person's death in what Portland General Electric (PGE) described as a "tragic accident." A member of a flagging crew contracted with PGE died Wednesday after being hit by a Digger Derrick truck while PGE crews were working to restore power in the Mount Hood area.

RELATED: Flagger killed after being hit by PGE truck in Mt. Hood Corridor

"If you know anyone in Dodson, Oregon, please consider calling them and waking them up," the NWS tweeted early Wednesday morning. "The situation has been deemed too dangerous to send in rescue crews."

Credit: Celeste Ruiz, KGW
A map that shows where landslides closed a stretch of eastbound I-84 on Wednesday, Jan. 13, 2021 between Troutdale and Dodson, Ore.

The Multnomah County Sheriff's Office (MCSO) reported that active landslides were making it difficult for responders to safely access the community. They instructed residents to leave by traveling east and said all other people should avoid the area.

There are still several rivers above flood stage and even some still rising toward flood stage. Get the latest for rivers in your area at https://t.co/P9mCvQvAmT. #orwx #wawx #pdxtst pic.twitter.com/KqbH1bS27F

1 / 16
KGW
A landslide has closed a 20-mile stretch of I-84 eastbound, from Troutdale to Ainsworth State Park.

RELATED: West Burnside closed in both directions due to landslide, down trees